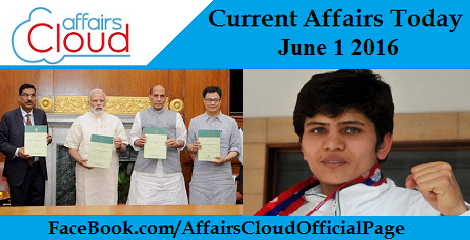 UP Govt. approves detailed project report of Varanasi Metro Rail
i. Akhilesh Yadav led Uttar Pradesh Government approved the Detailed Project Report (DPR) of Varanasi Metro rail project.
ii. The Project Report  will now be kept before the Union government for approval.
Lucknow Metro Rail Corporation:
♦ The 29.23 km Metro will come with 26 stations, 20 underground and six elevated in the two corridors.
♦ The estimated cost of the project is 13133 crore rupees. Out of the total length, 23.467 km will be elevated, while 5.768 km will be underground.

China launches three satellites
i. China has successfully launched a new civilian high-resolution mapping satellite along with two other foreign satellites from the Taiyuan Satellite Launch Centre in Shanxi of China.
ii. The satellite which was on board the rocket were two new satellites from Uruguay. It was the 228th flight mission by a Long March carrier rocket.
iii. The 2.7-tonne Ziyuan III 02 satellite soared on the back of a Long March 4B rocket.
iv. The Ziyuan Satellite will be used in land resource surveys, natural disaster prevention, agricultural development, water resources management and urban planning. i. The world’s longest and deepest rail tunnel has opened in Switzerland, after almost Seventeen years after construction work which intended to ease transit.
ii. The 57km twin-bore Gotthard base tunnel will deliver a high-speed rail link under the Swiss Alps between northern and southern Europe.
iii. The Gotthard Base Tunnel has overtaken Japan’s 53.9km Seikan rail tunnel as the longest in the world. Also the project, which cost more than $12bn was endorsed by Swiss voters in 1992.

India, World Bank sign agreement for efficient bus service
i. Union Government and the World Bank has signed a 9.2 million US dollar grant agreement under the World Bank-Global Environment Facility Programme.
ii. This programme is for the Efficient and Sustainable City Bus Service Project that intended in improving the efficiency and attractiveness of bus services in select Indian cities.
iii. The International Bank for Reconstruction and Development will be the nodal agency of implementing the GEF for the project.
iv. The total cost of the project is $113 million of which $9.2 million will come as a grant from the World Bank and $103.07 million will be funded by the Centre, state and city governments for the funding of buses and ancillary infrastructure.

Rahul Johri takes charge as first ever BCCI CEO
i. In the after math of the Lodha committee recommendations the Indian Cricket Administrator BCCI has appointed Rahul Johri as the first ever CEO of the body in Mumbai.
ii. Prior to his new appointment he had served as Discovery Networks Asia Pacific’s executive vice-president and general manager for South Asia who will report to the BCCI secretary.
iii. The new CEO will be responsible for smooth functioning of operations, stakeholder management and building robust strategies for promoting cricket.
BCCI:
♦ Founded: 1928
♦ Headquarters: Mumbai
♦ President: Anurag Thakur

Asia’s largest tech trade show COMPUTEX kicks off in Taipei
i. The five day long Asia’s largest technology trade show COMPUTEX is underway in Taipei, Taiwan. The Show will end on Jun 4.
ii. The mega trade show has been organized by Taiwan External Trade Development Council and TCA (Taipei Computer Association) with 1,602 exhibitors, from more than 1,600 companies from 30 countries.
iii. The Computex is highly reflecting the latest technology development and also highlights on the International exchanges and cooperation among exhibitors.
iv. The show has 4 main themes that focuses on: IoT applications, innovations and startups, business solutions, and gaming. 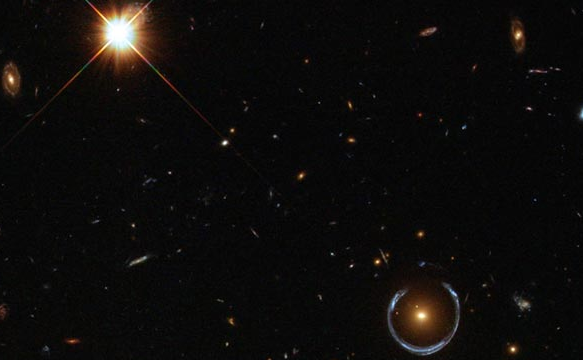 one of the most symmetrical Einstein rings created by a galaxy located 10,000 million light years away that is hidden behind a more massive galaxy.
Einstein rings:
♦ These rings is a rare astronomical phenomena that was predicted by Einstein’s theory of General Relativity.
♦ An Einstein ring is a distorted image of a very distant galaxy that is termed the source.

Japanese scientists develop new tool to predict spread of Zika virus
i. Japanese scientists developed a new tool that can predict the risk of Zika virus importation and local transmission across the world.
ii. According to the prediction Subtropical and tropical nations with a history of dengue and other mosquito-borne diseases have the greatest risk of the virus spreading.
iii. This nations include in South and Central America, as well as the Caribbean, face the highest risk of infection and should take measures to prevent mosquito bites.
Zika virus:
♦ The virus was first found in 1947 in Uganda and then detected in 39 countries around the world, including the US, India and Japan which causes microcephaly cases, in which babies are born with abnormally small heads.

Nuwan Kulasekara Retires From Tests, to Focus on ODIs, T20s For Sri Lanka
i. Sri Lankan pace bowler Nuwan Kulasekara has announced retirement from Test cricket after being a part of 21 Test matches.
ii. The reliable performer made this decision in order to focus his attention on the sport’s shorter formats.
Kulasekara played 21 Test in that he claimed 48 test wickets since his 2005 debut against New Zealand in Napier.
iii. However he will play in shorter formats for his side and he had claimed 186 wickets from 173 ODI matches. i. Indian boxer Sonia Lather won the silver medal at the AIBA Women’s World Championships after she lost the women’s 57 kg category in the Title clash in Astana.
ii. Sonia went down 1-2 after a hard-fought bout against the Italian in the 9th edition of the Women’s World Boxing Championship.
iii. In the tournament Kazakhstan finished on top of the table with 4 golds and 2 bronze medals, China was the runners-up with two medals of each rank.

Actor Razak Khan passes away
i. Veteran Bollywood comedian Razak Khan has passed away after suffering a cardiac arrest in Mumbai. He was 62-year-old.
ii. Khan was well known for acting in big budget films like Hello Brother, Hungama and Hera Pheri.
iii. The actor’s notable films such as Raja Hindustani (1996), Hello Brother (1999), Hera Pheri (2000), Partner (2007) and Action Jackson (2014), was rushed to Holy Family Hospital in Bandra around 12:30am. Khan had acted in more than 90 films.

Former Eden Gardens curator Prabir Mukherjee passes away
i. Former Cricket Association of Bengal pitch curator Prabir Mukherjee has passed away after a prolonged illness at Kolkata. He was 86.
ii. He was well known for his no-nonsense steadfast approach who was involved with the Eden Gardens pitch for more than two decades. His preparation which includes preparing the wicket for the 1987 World Cup final.
iii. Mukherjee was in charge and had also served as the manager of the Bengal and East Zone teams. His association with CAB began in 1979. 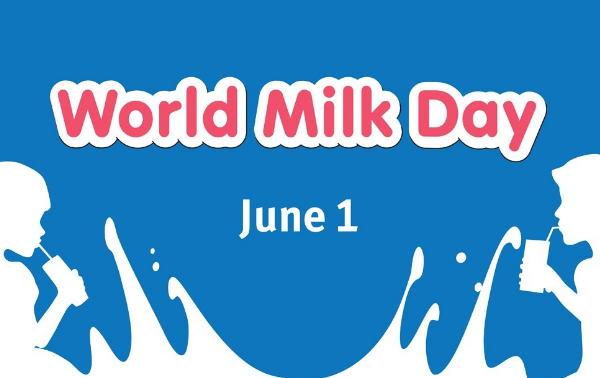 year focusing to publicize the activities related to the milk and milk industries all through the world.
ii. This celebration has been nationalized by organizing celebration related activities on national and international level and the day was initiated in 2001 by the UN Food and Agriculture Organization.
iii. This celebration is to increase the public awareness about the importance of milk and milk products for everyone throughout the whole life.
Milk: Cow milk contains 22% to 29% of the daily suggested intake of calcium.

Global Day of Parents – June 1
i. The Global Day of Parents is observed on the 1st of June every year for their selfless binder to children and their lifelong sacrifice towards nurturing this relationship.
ii. The Day was announced by the UN General Assembly in 2012 and honours parents all over the world.
iii. The Assembly also observed that the family has the primary responsibility for the nurturing and protection of children.
iv. The resolution calls for a harmonious development of their personality. It says that children should be grown in a family environment and in an atmosphere of happiness, love and understanding.