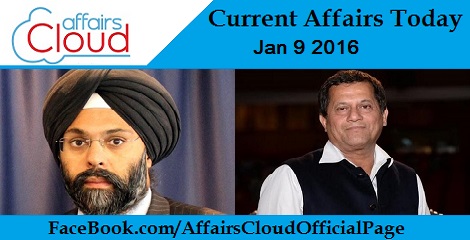 Kerala has decided to implement the “Sampoorna Arogya Keralam” which is aimed at to bring all major government health services under one umbrella. At least 42 lakh families are expected to benefit under this scheme.

To make a report on the progress of Swachh Bharat Mission, Ministry of Urban Development has commissioned Quality Council of India (QCI) which will rank 75 cities on sanitation and cleanliness after an extensive survey.

Aim: To ensure that the enemy properties that have been vested in the Custodian remain so and they do not revert back to the enemy subject or enemy firm.

Earlier Facts: The Enemy Property Act was enacted in the year 1968 by the Government of India.

Operation Green Hunt was the name used by the Indian media to describe the all-out offensive by government of India’s paramilitary forces and the state’s forces against the Naxalites.

Saudi Arabia became third country for the world’s happiest countries in which almost no European. It has only been cracked to top position by Fiji(beautiful islands) and Colombia(suffers from drug-related wars and corruption).

SBT to sponsor NeFMS under MGNREGA

Pension fund regulator PFRDA launched a platform for subscribers of New Pension System. With this they can now make their payments online through net banking, credit or debit cards.

HDFC Capital Advisors has been appointed as an investment manager for the HDFC Capital Affordable Real Estate Fund-1 (HCARE-1).

Central Banker of the Year Award 2016 bestowed upon Raghuram Rajan

The mastermind that stabilizes the Indian economy, Raghuram Rajan (Reserve Bank of India Governor) has been conferred with the Central Banker of the Year Award (Global and Asia Pacific) for 2016 by “The Banker”, a monthly publication of the Financial Times Group focusing on banking.

Azim Premji has come out as the ‘most generous Indian’ in the Hurun India Philanthropy List 2015 in a ranking of the most generous individuals from India.

About Azim Premji:
Azim Hashim Premji is an Indian business tycoon, investor and philanthropist and is known as the Czar of the Indian IT Industry. He is born in Mumbai and is the chairman of Wipro Limited

Hem Bhatnagar and Yogendra Kumar were also felicitated for their contributions to children’s literature. 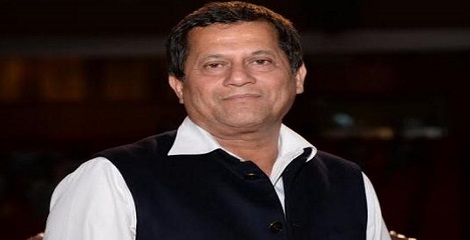 Dr. Achyuta Samanta has been elected as the general president for the 105th Indian Science Congress Association (ISCA) scheduled for 2017-18.

About Achyuta Samanta
He is a well-known educationist for setting up renowned institutions like KIIT University and KISS (Kalinga Institute of Social Sciences).

Pavan Kapoor to chair as India’s new ambassador to Israel

Pavan Kapoor, presently High Commissioner of lndia in Maputo, has been appointed as the next Ambassador of lndia to lsrael.

About Pavan Kapoor:
Apart from serving in the Ministry of External Affairs and the Prime Minister’s Office during his diplomatic career, he has also served in different capacities in the Indian Missions in Moscow, Kyiv, London and Geneva.

Gurbir Grewal designated as the top prosecutor in US County 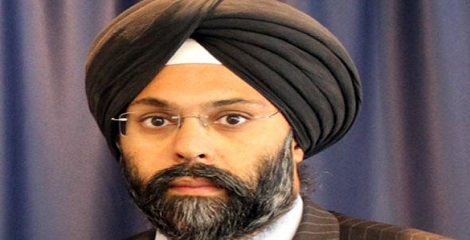 A Sikh-American attorney Gurbir Grewal (42) has been appointed as the top prosecutor in New Jersey, becoming the first South Asian to occupy the post in the state.

About Gurbir Grewal:
Grewal, a former federal prosecutor has fought major white-collar crimes for the US Attorney’s Office. He was nominated for the post by New Jersey Governor Chris Christie in 2013,.

About DK Sikri:
Sikri has held various positions in the Centre and Gujarat. He superannuated as secretary, department of justice on July 31, 2013.

About Competition Commission of India:
CCI is a body of the Government of India responsible for enforcing The Competition Act, 2002 and to prevent activities that have an adverse effect on competition in India. Actor-filmmaker Gajendra Chauhan designated as the chairman of Film and Television Institute of India (FTII) after vehemently opposed by enrolled students.

Gajendra Singh Chauhan is best known for his portrayal of Yudhishthira in the mythological television series, Mahabharat (1988–90).

China began to require real name registration in 2009, the “.cn” domain is able to protect user’s interests and reduce online theft, phishing and fraud. It is managed through a branch of the Ministry of Industry and Information.

Microsoft has launched the Surface Pro 4 in India

Microsoft has launched the Surface Pro 4 in India in three variants starting at Rs 89,990.

Surface Pro 4 is easily one of the lightest hybrid devices of 786 grams with high-end specifications. The tablet comes with a 12.30-inch display with a resolution of 2736 pixels by 1824 pixels at a PPI of 267 pixels per inch. 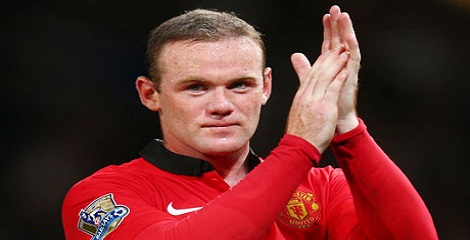 Professional footballer Wayne Rooney has been named England Player of the Year (POTY) for 2015, retaining the title for the second successive year.

Miguel Tabuena(21) from Philippines won the Hilton Asian Tour Golfer of Month for December. Tabuena became the first Filipino to win his National Open since 2008.

Martin Kaymer and Bubba Watson to finish sixth at the Thailand Golf Championship and also earned a place as one of the four qualifiers for next year’s Open Championship.

Here are some striking factors about Sania Mirza and Martina Hingis