In accordance with the Knight Frank & Retailers Association of India “Think India. Think Retail. 2016” report, Mumbai Metropolitan Metro has the highest potential for modern retail in the country at Rs 1.05 lakh crore.

Haryana and Ontario in Canada had signed a Pact. It was aimed to enhance commercial and cultural ties. This pack will help to facilitate knowledge transfer in areas like museum development and cultural preservation

President Pranab Mukherjee inaugurated the Counter-Terrorism Conference 2016 at Jaipur. Counter terrorism is considered to be about tactics, weapons, force levels and intelligence gathering.

The important features of counter-terrorism strategy are:

The strategy of Counter-terrorism is to prevent attacks through intelligence collection and collation, development of technological capabilities, rising of Special Forces and enactment of special laws.

The 3rd edition of Global Ayurveda Festival at Kozhikode, Kerala has been inaugurated by PM Narendra Modi. Ayurveda Festival Kerala is an international Ayurvedic biennial event started to serve as a force to galvanize Ayurvedic sector to aspire, plan and achieve greater heights.

Kerala Govt also tied up with Asian and European countries to promote Indian systems of medicine globally and planned to bring Ayurveda into the National Health Mission.

TCS emerged as the world’s most powerful IT Services brand

The world’s leading brand valuation firm “Brand Finance” has rated India’s tech giant Tata Consultancy Services (TCS) as the world’s most powerful IT services brand its Brand Strength Index. The valuation firm has presented TCS with AA+ rating with a total score of 78.3.

The world’s biggest multinational trade deal was signed by 12 member nations of the Trans-Pacific Partnership (TTP) in Auckland, New Zealand. The Agreement aims to create a single market system as to encourage trade and investment similar to that of the European Union.

India and Afghanistan inked a pact for visa-free travel for diplomatic passport holders of the two countries. They also discussed security situation in the bilateral and regional context.

To strengthen the scientific interaction and collaborative research between India and Europe, India has inked a cooperation agreement to acquire the status of the Associate Member State European Molecular Biology Organisation (EMBO).

Chinese technology company ZTE has inked a pact with the Andhra Pradesh government to work on smart city projects in the state.

As per the recent announcement, Visakhapatnam and Kakinada have been chosen to be part of the smart city projects in the first phase. 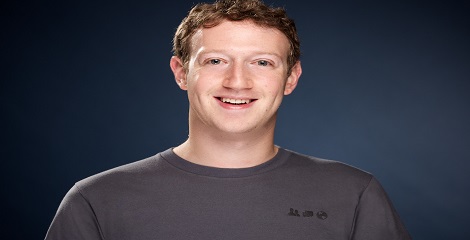 About Indian Cost Accounts Service (ICoAS): It is one of the 6 organised accounting services of the Government of India. Office of Chief Adviser Cost is one of the divisions functioning in the Department of Expenditure.

Google search chief Singhal to quit, to be replaced by AI head Amit Singhal, the longtime head of Google’s internet search business will be bowed out from services by the end of this month.

Born in Jhansi, Uttar Pradesh, Singhal (47) joined Google in 2000. He has been involved with many technologies that have made Alphabet, the parent of Google.

Satender Kumar designated as the next HC to Saint Lucia

Satender Kumar has been concurrently accredited as the next High Commissioner of India to Saint Lucia with residence in Paramaribo.

D J Pandian has been appointed as the vice-president and chief investment officer of the newly-created Asian Infrastructure Investment Bank (AIIB). He is the Former chief secretary of Gujarat.

China, India and Russia with 34 per cent, 8.52 per cent, 6.66 per cent stake, respectively are the three largest shareholders of AIIB.

Microsoft had acquired software keyboard and SDK application maker SwiftKey. SwiftKey is a free keyword application and it powers more than 300 million Android and iOS devices.

As per the latest BWF rankings, Syed Modi Grand Prix Gold men’s title winner K Srikanth sat again on World No. 9 while P V Sindhu dropped a place to be No. 12.