PM Narendra Modi launched the Shyama Prasad Mukherjee Rurban Mission which is an initiative to transform the rural areas to get an urban look.

As per the statement of Ministry of Urban Development, Rajasthan and Madhya Pradesh have leading the charts in establishing the Special Purpose Vehicles (SPV) for the implementation of smart city plans.
(Minister of Urban Development – Venkaiah Naidu)

Narendra Modi is willing to take the Digital India initiative to the rural regions of the nation whereas on the contrary in his hometown a village called Mehsana near Suraj has restricted unmarried women to use mobile. The village leaders say that mobiles like liquor are spoiling the youth.

Our government is all set to proffer banking services in every village with the succor of technology and the network of Common Services Centres (CSCs).
(IT Minister – Ravi Shankar Prasad)

World Bank has pledged to lend to Rajasthan government on energy reforms this decision has been taken in the aftermath of meeting between World Bank’s country Director in India Mr. Onno Ruhl and Rajasthan Chief minister Vasundhara Raje.

The Public Investment Board Clears Rs. 800 Crore proposal from India Post to set up Payment Banks, It will be kept before the Cabinet for the final approval within a month.

GSFC to Setup a Nylon-6 Plant in Baroda

Gujarat State Fertilizers Commission has proposed to set up a manufacturing unit of Nylon -6 Plant near Baroda at an estimated cost of Rs.140 Crores.

US launches anti-dumping probe on tyres from India, Sri Lanka and China

The US Department of Commerce has decided to initiate Antidumping and Countervailing duties investigations on imports from Pneumatic off -Road Vehicle tyres which imported from India, China and Sri Lanka. 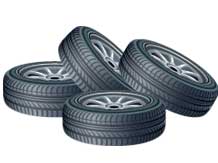 Why Antidumping and Countervailing Duty?

Bethesda Soft works owned Fallout 4 pronounced as the winner of the 19th DICE Awards organized by the Academy of Interactive Arts and Science (AIAS) the event held at Las Vegas, US.

Vinay Kumar Singh accredited as the MD of NCRTC 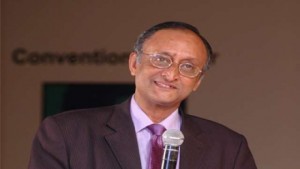 Presently there are 160 that have implemented the GST in the world.

Sujan R. Chinoy concurrently accredited as the next Ambassador of India to Republic of the Marshall Islands

Senior envoy Sujan R Chinoy has been appointed as India’s Ambassador to republic of the Marshall Islands , presently he is serving ambassador to Japan .He is concurrently  accredited to the post concurrently

The 1986 IFS batch officer Dr.Ketan Shukla is appointed as the new High Commissioner to the Republic of Bostwana .He was previously the Joint secretary of Ministry of External Affairs. He succeeds Ms.Hemalata , C. Bhagirath as the High commissioner of the African state.

The union minister for science and technology Harsh Vardhan dedicated the Ksheer Scanner system for people which are used to detect Adulteration in Milk. It was developed by CSIR-CEERI.

Brendon Mccullum Sets A New Record With His 54 Ball Ton

Brendon McCullum the New Zealand skipper sets a new record with his 54 ball ton in his farewell innings against Australia on February 20 in ChristChurch.. He broke the record of fastest ton in test cricket by Vivian Richards and Misbah which was scored in 56 balls. It also gains special importance with this being Mccullum’s last test match. 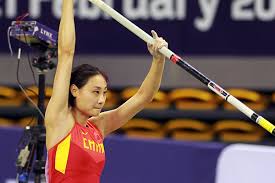 This weekend gains importance with the Indoor Asian Athletic championships starting in Doha in Qatar. It takes place between February 19-21.this 7th Asian Athletic Championship will have around 450 men and women representing 37 nations.

The famous Odissa singer Bhubaneshwari Mishra passed away at the age of 67 following a sudden cardiac arrest in NewDelhi.Odissa CM Naveen Patnaik expressed his deep condolence and called her a very talented artist. 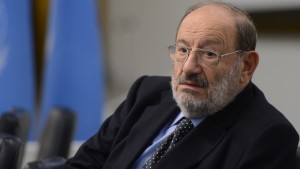