Brendon McCullum the New Zealand skipper sets a new record with his 54 ball ton in his farewell innings against Australia on February 20 in ChristChurch.. He broke the record of fastest ton in test cricket by Vivian Richards and Misbah which was scored in 56 balls. It also gains special importance with this being Mccullum’s last test match. 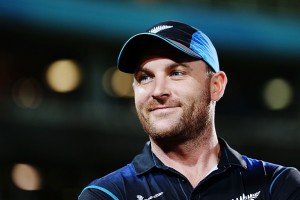 Few facts to be noted