The Union Cabinet chaired by the Prime Minister Shri Narendra Modi gave its ex-post facto approval for signing of a Memorandum of Understanding (MoU) between India and Singapore Cooperation Enterprise (SCE).The MoU was signed on 24th November, 2015.

The agreement will come into force after it is formally accepted by two-thirds of the WTO membership. Till now, 69 countries of the 162 members of the WTO have ratified this pact.

CCEA approves construction of 6 railway lines at a cost of Rs. 10,700 cr

The Cabinet Committee on Economic Affairs (CCEA) had approved the construction of 6 railway lines and a railway bridge at an estimated cost of Rs 10,700 crore.

Haryana, South Korean state of Chungcheongbuk to collaborate on technology and development

Haryana and South Korean state of Chungcheongbuk had agreed to collaborate on technology and development.

Signing of BRICS Memorandum of Understanding on cooperation in the fields of Science, Technology and Innovation

The Union Cabinet had been apprised about signing of BRICS Memorandum of Understanding (MoU) on cooperation in the fields of Science, Technology and innovation (STI). 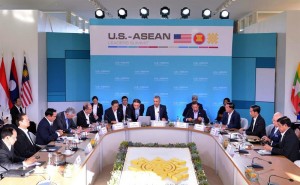 The three objectives of the summit are

Interest on short-term post office saving deposits was cut by 0.25 percent while the rate on employees’ provident fund was increased marginally to 8.8 percent.

Big Bazaar Direct had tied up with Oxigen Services a payment service provider.

Jharkhand government and Adani Group had inked a Memorandum of Understanding (MoU) to set up a 1600 MW capacity thermal power plant for investment of 15000 crore rupees in the state.

Lyricist Sameer Anjaan (Shitala Pandey) had been entered in the Guinness Book of World Records for writing the most inexhaustible number of songs in Bollywood.

Karnataka Bank Ltd has bagged ‘IBA Banking Technology Award’ in the category of ‘Best Risk and Fraud Management Initiative  Runner Up among the small banks.

Karnataka Bank is a major banking institution based in the coastal city of Mangaluru in Karnataka, India. The Reserve Bank of India has designated Karnataka Bank as an A1+-class scheduled commercial bank.It was founded in 1924.

Alok Kumar Verma to be the next Delhi Police chief

Senior IPS officer Alok Kumar Verma will be the next Commissioner of Delhi Police. He will succeeding incumbent B S Bassi, who will hang his boots on February 29.

LIGO-India will also bring considerable opportunities in cutting edge technology for the Indian industry which will be engaged in the construction of eight kilometre long beam tube at ultra-high vacuum on a levelled terrain.