Lyricist Sameer Anjaan (Shitala Pandey) had been entered in the Guinness Book of World Records for writing the most inexhaustible number of songs in Bollywood. 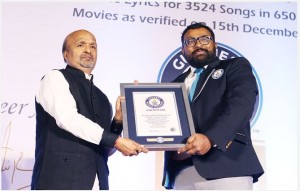