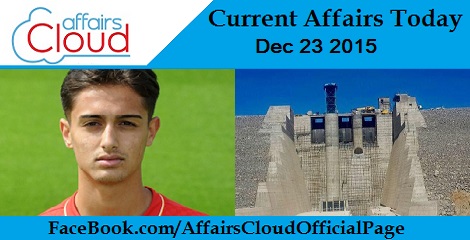 President dedicates NIMHANS to the nation

President of India, Shri Pranab Mukherjee dedicated the Bangalore based National Institute of Mental Health and Neurological Sciences (NIMHANS) to the nation as an Institute of national importance.
(Union Minister of Health and Family Welfare – Jagat Prakash Nadda)

The Lok Sabha passed the Payment of Bonus (Amendment) Bill, 2015. The bill will allow doubling of wage ceiling for calculating bonus of factory workers.

Union Cabinet has approved the Lucknow Metro Rail Project Phase – 1 A. It will cover a length of 22.878 km with 22 stations.

Union Cabinet approved a model agreement on exemption from visa requirements to expand the envelope of visa-free travel for holders of diplomatic and official passports to other countries.

Visa free agreements have been signed with 69 countries. There are still more than 130 countries with which India is yet to enter into or sign similar agreements.

Government approved an integrated scheme for the development and management of fisheries sector as it seeks to bring ‘blue revolution’ in the country.The scheme will benefit the entire fisheries sector covering about 14.50 million fishers.

Aim: To focuse and integrate approach for development and management of fisheries and aquaculture sector to ensure a sustained annual growth rate of 6-8 per cent in the 11th Five Year Plan period.

6 broad components of the scheme: 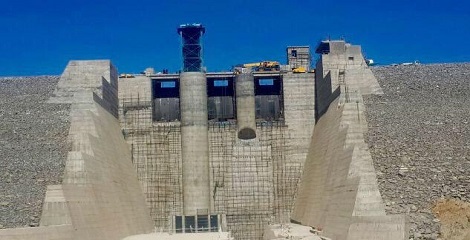 The Union Cabinet chaired by the Prime Minister Shri Narendra Modi has approved the reconstruction and completion of Salma Dam Project in Afghanistan. It will lead to the overall economic development of the western region of Afghanistan and generate goodwill for India in Afghanistan.

Indo-Lanka relations gained momentum in 2015 after Maithripala Sirisena’s stunning upset win over strongman Mahinda Rajapaksa in Sri Lanka’s polls as the strain in ties gave way to bonhomie with exchange of top-level visits and signing of a nuclear pact.

W Bank to give USD35m to Pak for Indus River Basin

In a bid to support improved management, planning and development of water resources in the Indus river basin in Pakistan, Washington, D.C. headquartered World Bank has approved an additional financial assistance of $35 million.

The International Cricket Council (ICC) announced the winners for the 2015 ICC Awards in Dubai, UAE to honour the biggest names in men’s and women’s international cricket.

An Indian-origin software engineer Nandagopal Lakshminarayanan has won a prestigious award in the UK for creating an innovative electronic smart key system which enables the creation and management of keys and locks that cannot be copied or picked.

Jet Airways appointed Amit Agarwal as its chief financial officer (CFO). A chartered accountant with 24 years of experience Agarwal(47) will be responsible for all financial and fiscal management aspects of Jets business.

Piramal Enterprises Limited, formerly Piramal Healthcare Limited, is a diversified company headquartered in Mumbai, India and also a member of the Piramal Group.

Wipro announced to  acquire the US-based Viteos Group for USD 130 million (nearly Rs 861 crore), a move that will help the country’s third-largest IT services firm strengthen its position in the capital markets outsourcing space.

The acquisition is subject to customary closing conditions and regulatory approvals and will be completed in the quarter ending March 2016.

The Philippines became the first Asian country to approve the sale of the world’s first-ever dengue vaccine “Dengvaxia” for the prevention of disease caused by four dengue types in individuals from 9-45 years of age.

Godavari has successfully been deployed in numerous operations :

India’s men’s doubles pair of Manu Attri and B Sumeeth Reddy ended the season on a high by clinching their maiden Grand Prix title with a straight-game win over Thailand’s Bodin Issara and Nipitphon Puangpuapech by 22-20 21-18 in a 35-minute battle in the finals of $50,000 Mexico Open. 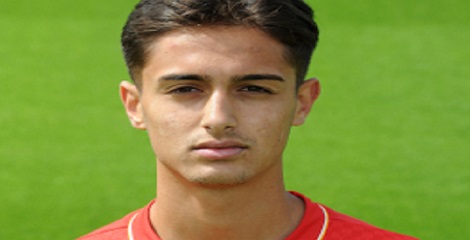