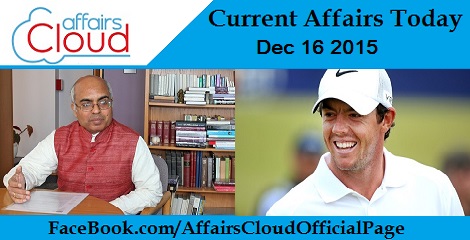 The Smart City Proposal (SCP) for the metropolis was today approved by the Brihanmumbai Municipal Corporation (BMC) with worth of 32000 crore rupees.

Shri Narendra Modi chaired the Combined Commanders Conference on board INS Vikramaditya at Sea, off the coast of Kochi.

Lok Sabha passed a bill that will allow state-run NPCIL to have collaboration with other PSUs in the nuclear field.

At present, only two Public Sector Undertakings (PSUs) – Nuclear Power Corporation of India Limited (NPCIL) and Bhartiya Nabhikiya Vidyut Nigam Limited (BHAVINI), which are under the administrative control of Department of Atomic Energy, operate nuclear power plants in the country.

Operation Smile-II to start from 1 January 2016

GOI has requested the States/UTs to start “Operation Smile-II” from 1st January, 2016 to 31st January to rolled out throughout the country as a follow up of the earlier campaign to rescue/rehabilitate the missing children.

Key Impacts of Smile I :

14th Meeting of Heads of Governments of SCO Member

The 14th Meeting of the Heads of Governments (Prime Ministers) of the Shanghai Cooperation Organization Member States on Regional Economic Cooperation was held in Zhengzhou, China.

American rating agency Fitch retained India’s sovereign rating at the lowest investment grade of “BBB-/stable”, showing the nation will continue to post good growth despite subdued prospect for the Asia Pacific region in a situation of dollar strength in the context of an expected rise in US (Federal Reserve) rates and lower commodity prices.

The global nuclear watchdog, International Atomic Energy Agency (IAEA) has ended its 12-year investigation into concerns that Iran might be developing nuclear weapons. The move is seen as a key step towards lifting UN, EU and US sanctions.

Conclusion
The IAEA concluded that Iran conducted nuclear weapons-related research until 2003 and to a lesser extent until 2009, but found no evidence of this since.

Washington D.C. headquartered World Bank has consented $1.5 billion loan for the “clean India campaign” to support the government in its efforts to ensure all citizens in rural areas have access to improved sanitation by 2019.

The Ministry of Environment and Forests has given ‘green signal’ to a power project being set up by state-owned NTPC in Telangana while it has deferred another project of the PSU in Andhra Pradesh.

Highlights of the project :

Arun Kumar Jain was appointed as the Chairman of Central Board of Direct Taxes (CBDT) for two months (till January 2016) approved by the appointment Committee.

Central Board of Direct Taxes (CBDT) 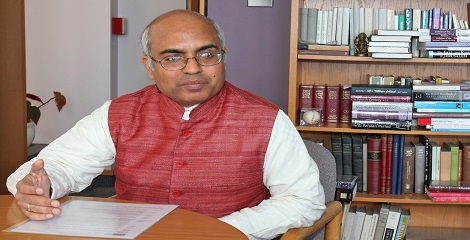 Senior diplomat Akhilesh Mishra, currently Consul General of lndia in Toronto, has been appointed as country’s next High Commissioner to Maldives announced by External Affairs Ministry .

Snapdeal India’s largest online marketplace in terms of sellers, launched its brand-new multi-lingual interface on its mobile site designed to enable consumers to shop online in their preferred languages.

Facebook, Google and Twitter have agreed to delete hate speech from their websites within 24 hours, a new step in the fight against rising online racism following the refugee crisis said by German Justice Minister Heiko Maas.

Annual Arctic Report Card of National Oceanic and Atmospheric Administration (NOAA), a federal agency of US for monitoring condition of the oceans and the atmosphere has revealed that the average temperature over Arctic land for the year ending in September 2015 was the highest on record indicating that the Arctic is warming twice as fast as other parts of the Earth. 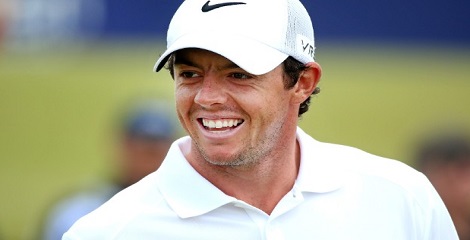 Northern Irish professional golfer Rory McIlroy(26) from Holywood in County Down was named the European Tour Golfer of the Year. He received the award for the third time in four years. The Northern Irishman won three times during the 2015 season, including an enthralling victory in the DP World Tour Championship, Dubai last month. 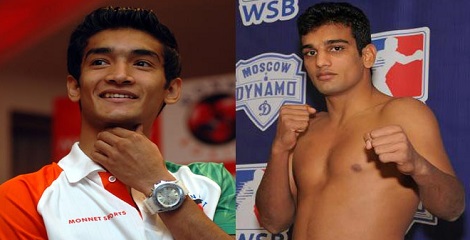 Four Indian boxers selected by the International Olympic Committee (IOC) for a scholarship.