Japanese Prime Minister Shinzo Abe was in India on a three-day from Dec 11 to Dec 13 for firming up on India’s first bullet train and over progress in the talks on a civil nuclear deal.

2015 United Nations Climate Change Conference or COP 21 was held in Paris, France from 30 November to 12 December 2015. It was the 21st yearly session of the Conference of the Parties with a proposal of achieving zero GHG emissions growth by 2060-80.

Turkmenistan started work on its 1,814 Km natural gas pipeline to Afghanistan, Pakistan and India (TAPI) project funded by Asian Development Bank. It designed to reduce its dependence on gas sales to Russia and China.

Gambia declares itself an Islamic Republic

Gambia’s President Yahya Jammeh has declared the tiny West African country an Islamic republic as because Islam is the majority religion of its citizens and is an attempt to break away from the country’s colonial past.

About World travel Awards
World Travel Awards was established in 1993 to acknowledge excellence across the tourism industry and is widely recognised as a hallmark of ultimate quality.

A historic step for poll in which women can vote and be candidates, female winners are declared across the Saudi Arabia where women are banned from driving and face routine discrimination.

IT Company Zensar Technologies announced appointment of Sandeep Kishore as company’s Chief Executive Officer and Managing Director. He will succeed Ganesh Natarajan. Kishore will join Zensar on January 12, 2016. He will be based in San Jose, California.

Committee  for : To look into the implementation of One Rank One Pension (OROP) scheme.

Senior supply chain professional O P Longia elected as its new National President of the Indian Institute of Materials Management (IIMM).Ranbaxy was elected unopposed as the national president of IIMM for 2015-17 at its national convention held in Vadodara.

It is represented on several bodies of the government and is affiliated to the International Federation of Purchasing and Supply Chain Management.

Healthcare IT solutions and advisory services company HealthFore Technologies will merge with Oscar Investments, pursuant to the approval of scheme of amalgamation between the two entities.

The boards of HealthFore and Oscar have unanimously approved the scheme and will now seek requisite regulatory approvals including the shareholder’s approval.

About Oscar Investments Limited (OIL)
It was incorporated on January 25, 1978 as a public limited Company in Mumbai to carry on the business of an investment company and to finance industrial enterprise and to promote companies engaged in industrial and trading business.

Power Minister Piyush Goyal launch a mobile app on the occasion of the National Energy Conservation Day to help consumers compare and choose energy efficient appliances available in the market.

The mobile application will allow consumers to instantly compare personalised energy savings across all products of a specific class and thus enable them to choose more efficient products available in the market.

Philippines evacuates 700,000 ahead of Typhoon “Melor”

Hundreds of thousands of people have been evacuated from central Philippines as a typhoon made landfall bringing heavy rain and winds of up to 95 mph.

Disaster authorities have temporarily closed schools and some offices and evacuated about 750,000 people in three provinces.

Odisha government has engaged Wildlife Trust of India to prepare a comprehensive wildlife management plan for the state.The MoU beween state forest and environment department and WTI was signed and as per the agreement management plans will be prepared for protected areas as well as areas outside .

Factors responsible for wildlife deaths such as poaching, deliberate and accidental killings through electrocution and train hits will also be mapped by WTI

The 2015 BWF Super Series Finals is an annual badminton tournament held under the Sheikh Hamdan bin Mohammed bin Rashid Al Maktoum (Crown Prince of Dubai and Chairman of Dubai Sports Council) from 9-13 December at the Hamdan Sports Complex in Dubai. 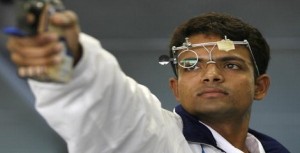 Rome won the right to stage the 2022 edition of golf’s Ryder Cup for the first time.
The cream of world golf will descend on the Marco Simone Golf and Country Club in seven years’ time for the biennial contest between Europe and the United States announced by Ryder Cup organisers.

Four nations: Austria, Germany, Italy and Spain had been competing for the right to stage the 2022 edition.

National energy conservation day is celebrated every year by the people all over the India on 14thof December every year.

Purpose :To aware people about the importance of energy as well as saving or conserving the more energy by using less energy.