2015 United Nations Climate Change Conference or COP 21 was held in Paris, France from 30 November to 12 December 2015. It was the 21st yearly session of the Conference of the Parties with a proposal of achieving zero GHG emissions growth by 2060-80. 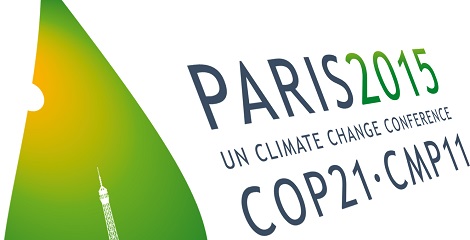 How agreement on reduction of climate changes will become legally binding?
The agreement will become legally binding if at least 55 countries representing 55% of global greenhouse emissions become a party to it through signature followed by ratification, acceptance, and approval or through accession in New York from 22 April 2016 to 21 April 2017. It is expected to take effect in 2020.

African Countries Participation
African countries aimed at restoring 100 million hectares of degraded and deforested land by the year 2030. The initiative dubbed as the African Restoration Initiative (AFR100) plans to nurture and re-grows the forests that would lead to carbon sink and improve the livelihood of rural people.

Overall Financing
The conference was budgeted to cost €170m (US$186.87m). As per French government, 20% of the cost will be borne by firms such as EDF, Engie, Air France, Renault-Nissan and BNP Paribas.