Union Cabinet has given its approval to carry out official amendments in “The National Waterways Bill, 2015”. The amendments are based on the recommendations of the Department related Parliamentary Standing Committee on Transport, Tourism and Culture and comments of State Governments.

In a bid to create more consumer friendly, transparent and accountable real estate sector, Union Cabinet has approved the Real Estate (Regulation and Development) Bill, 2015 which is applicable both for commercial and residential real estate projects.

Supreme Court has directed the state governments and union territories administrations to include the names of the acid attack victims in the list of disabled people.

Earlier orders of the SC:

The Cabinet Committee on Economic Affairs (CCEA) has approved creation of buffer stock of pulses to deal with wide fluctuation in prices of pulses and check food inflation.

The CCEA also decided to import pulses through Union Ministry of Commerce depending on the requirement.

Union Cabinet has approved the MoU between India and United Kingdom of Great Britain and Northern Ireland on cooperation in the energy sector with a focus on electricity market structure and the integration of renewable energy into the grid.

Areas of cooperation will include the following:

Theme – “Heart of Asia-Istanbul Process: Enhanced cooperation for countering security threats and promoting connectivity in the Heart of Asia region”

The International Monetary Fund (IMF) has changed a rule that would block its financial aid program to Ukraine as the country defaulted on its debt owed to Russia.

Myanmar inaugurated a new stock exchange with plans for six companies to start trading in March next year by Minister of Finance Win.

The prestigious Indian Institute of Science has bagged a US military contract for research and development on solar powered micro-grid announced at the meeting between defense minister Manohar Parrikar and US defense secretary Ashton Carter at the Pentagon .

Tech Mahindra, a specialist in digital transformation, consulting and business re-engineering solutions has been awarded the prestigious “Forbes Top 100 Middle East – Global Meets Local 2015” Award. The award was presented at a special event hosted by Forbes Middle East in Dubai.

Time magazine named German Chancellor Angela Merkel its “Person of the Year 2015” for the annual honour because her leadership has helped preserve and promote an open, borderless Europe in the face of economic turmoil and an ongoing refugee crisis.

A two day National Conference on Innovation in Educational Administration, 9-10 December, 2015 is also being organized by NUEPA, with participation by about 200 district and block level education officers from Xacross India.

The government has proposed joint ventures between Nuclear Power Corporation of India (NPCIL) and other Public Sector Undertakings (PSUs) like the NTPC, Indian Oil and NALCO.

Objective : To give boost to nuclear power generation in the country. 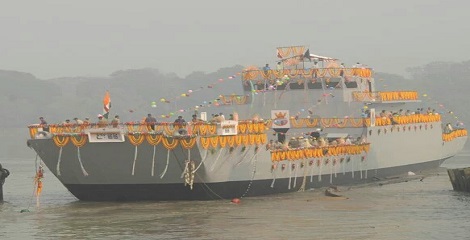 The Indian Navy has been supporting the drive for indigenous construction of warships leading to advancement of our shipbuilding industry and acknowledged the role of GRSE as a reliable partner in pursuing the national goal of ‘Make in India’.

The Mexican drug authorities have approved Sanofi Pastur’s first ever dengue vaccine Dengvaxia, which promises to reduce the disease burden by 50 percent in five years among vulnerable populations.

Keys : The World Health Organisation has called on endemic countries to reduce dengue mortality by 50% and morbidity by 25% by 2020.

Chinese Academy of Sciences (CAS), Hunan University of Science and Technology and Mount Qomolangma Snow Leopard Conservation Centre has released a report showing Glaciers on Mount Everest have shrunk by 28% over the past 40 years due to climate change.

Human Rights Day is celebrated annually across the world on 10 December every year.

Purpose : The day to honour the United Nations General Assembly’s adoption and proclamation, on 10 December 1948, of the Universal Declaration of Human Rights (UDHR), the first global enunciation of human rights and one of the first major achievements of the new United Nations.

Theme : “Our Rights, Our Freedoms, Always”