Chinese Academy of Sciences (CAS), Hunan University of Science and Technology and Mount Qomolangma Snow Leopard Conservation Centre has released a report showing Glaciers on Mount Everest have shrunk by 28% over the past 40 years due to climate change. 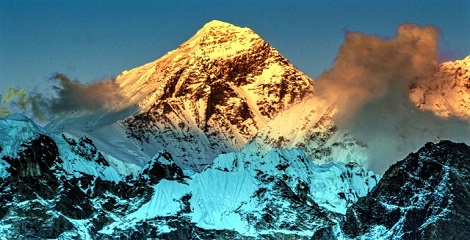 Earlier warning!
Earlier in May, a group of international researchers had warned that the estimated 5,500 glaciers in the Hindu Kush- Himalayan (HKH) region site of many of the world’s tallest peaks including Mount Everest could reduce their volume by 70-99% by 2100.

About Himalayas
The outer Himalayas lie between the lease Himalayas and the Indo Gangetic plain which is a source of three of the world’s major river systems: the Indus Basin, the Ganga-Brahmaputra Basin and the Yangtze Basin.