Narendra Modi, Prime Minister of India, visited the United Arab Emirates after 34 years marks the beginning of a new and comprehensive strategic partnership between India and UAE in a world of multiple transitions and changing opportunities and challenges. 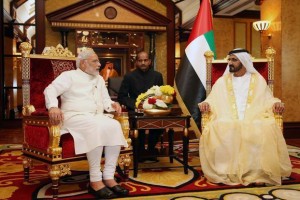 Abu Dhabi, His Highness Crown Prince Mohamed Bin Zayed AI Nahyan and Prime Minister Narendra Modi agreed to seize this historic moment of opportunity and shared responsibility to chart a new course in their partnership for the 21st century which includes

SEPTEMBER 24TH – MEETING WITH CEOs OF FORTUNE 500
On the first day of his visit, Prime Minister Narendra Modi met with 47 CEOs of Fortune 500 companies for attracting capital and investments in India. He sketched out his vision for “Start-Up India, Stand-Up India” in meeting. 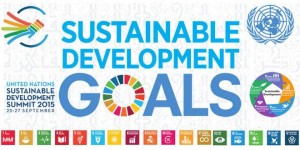 17 Sustainable Development Goals and 169 targets were announced in the summit as an ambition of the new post – 2015 universal agenda to end poverty, hunger, assure gender equality and build a life of dignity for all over the next 15 years.

SEPTEMBER 26TH – INDIA HOST G-4 SUMMIT
PM Modi hosted a G-4 Summit with leaders of G-4 nations Brazil, Germany and Japan in New York. This summit aims at the permanent member seats on the United Nations Security Council. After 2004 it was hosted by India.

On 27th September 2015 “Startup Konnect” was held by Nasscom in partnership with TiE Silicon Valley and IIM Ahmedabad’s CIIE India that showcased the strengths of India’s startup ecosystem in San Jose.

There he addressed a meeting of some 18,000 Indian Americans in at the SAP Centre and seven MoU was signed between Indian and US entities:

There is also a launch of initiative programme i.e. CIIE /LACI NGIN Landing Pad Programme which will enables entrepreneurs and innovators to gain access to the California and Indian markets. It will assist startup Cleantech companies with market expansion through partnerships and funding opportunities in California and India.

Here is the overview of visit: 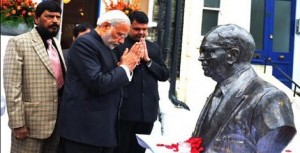 NaMo has unveiled a statue of 12th-century philosopher-statesman Basaveshwara on the south bank of the Thames and with Maharashtra CM Devendra Fadnavis inaugurated B R Ambedkar memorial in London and was announced that every year two Dalit students from India would study in any university based in London or Europe and arrangements would be made for their stay in the building.

27 deals worth 9.2 billion pounds ($14 billion) have been signed between India and UK during the NaMo’s three days visit to British country. Here is the list of key accords:

Three pillars of the 2015 agenda were:
(i) Strengthening the Global Recovery and Lifting the Potential
(ii) Enhancing Resilience
(iii) Buttressing Sustainability

Key discussions :
Modi was lead speaker at its inaugural session on Climate Change and Development. Summit was concluded with practical outcomes on priority areas such as development, climate change, financing for climate change, trade, growth and employment.

PM Modi was on two days visit to Malaysia for building trade ties and attracting investments to India and to attend the ASEAN-India Summit and 10th East Asia Summit. He also held talks with Prime Minister Najib Razak.

India and the leaders of the 10 member grouping will review the new Plan of Action (2016-2020) to further enhance ASEAN-India cooperation. 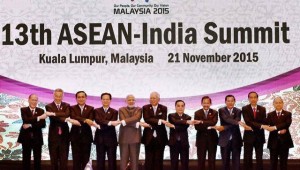 Theme – Our People, Our Community, Our Vision

The participant leaders reaffirmed their commitment to

Prime Minister Narendra Modi was in Singapore from Nov 23-25 on for his maiden official visit during which the two countries signed 10 agreements to elevate their relations to strategic partnership.

Mr Modi attended the State Funeral Service for the late Mr Lee in March, and he ordered flags in India to be flown at half-mast as a mark of respect to Mr Lee.