Dear Readers & Aspirants, We collected some Modi Foreign Visits 2015 – 2016 and make it in points format. We Hope it will definitely help you for your upcoming Exams. All the Best My Dear Aspirants & Readers.

Reliance Defence had signed a manufacturing and maintenance deal potentially worth $6 billion with Russia’s Almaz-Antey, the maker of an air defence system. 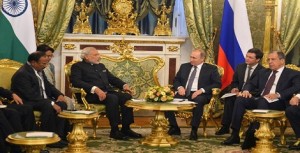 As part of the 16th annual India-Russia Summit, Mr. Modi and Mr. Putin held a one-on-one meeting in Moscow.

A page from Mahatma Gandhi’s diary containing his handwritten notes and an 18th century sword from Bengal has been presented to Prime Minister Narendra Modi by Russian President Vladimir Putin. 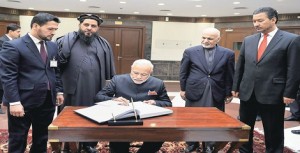 After inauguration, Delegation-level bilateral talks between the two countries were held on key bilateral issues including security co-operation and the ways to help the war-torn country.

On his way back to India from Kabul he made an impromptu visit to Pakistan to wish his counterpart Nawaz Sharif on his birthday.

The two countries have fought three wars since independence from Britain in 1947, two of them over Kashmir.

In the first part of tour he visited Brussels, the capital of Belgium to restart and expedite talks on a Mutual Legal Assistance Treaty and an extradition treaty to fight terrorism.

There he invited the Belgian government and companies to take part in India’s ambitious projects, including Digital India, Start Up India and Skill India. 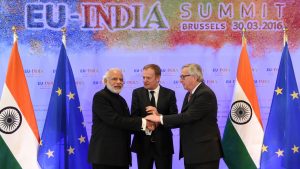 The 13th Summit between the European Union and India took place in Brussels on 30 March 2016.

As a second part of his tour, he arrived Washington on March 31st, to attend the two-day Nuclear Security Summit (NSS).

It was held in Washington, D.C. This was the fourth edition of the conference. It is an initiative of President Barack Obama to coordinate international efforts to prevent terror organizations from acquiring nuclear weapons or material.

Prime Minister Narendra Modi had announced several key initiatives taken in the area of nuclear security and non-proliferation. It includes the following:

Indo – US MoU for LIGO project

India and the US on inked MoU for setting up a new Laser Interferometer Gravitational-wave Observatory (LIGO) in India that will act as catalyst in the research of various aspects of gravitational wave astronomy.

As a third part of his tour, he arrived in Saudi Arabia. This is the first prime ministerial visit to the oil-rich Gulf kingdom after former PM Manmohan Singh in 2010. He held  talks on bilateral, regional and global issues of mutual interest with the Saudi King Salman bin Abdulaziz Al Saud.

5 MoUs were signed between India and Saudi Arabia

On April 4, 2016, PM Modi arrives in India after concluding his three-nation tour.