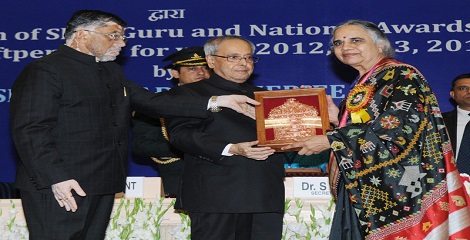 About Awards
The Shilp Guru Awards, National Awards and National Merit Certificate are awarded to a craftsperson only once in a lifetime to encourage master craftspersons to maintain excellence in craftsmanship and keep alive our old tradition.