The 8th edition of a bilateral exercise between the Indian and Russian navies “INDRA NAVY” started from December 7 in Visakhapatnam and will continue till December 12 with an aim to strengthen the strategic relationship between the two countries.
(Exercise initiated in 2003)

India and Japan are planning to ink an agreement on ‘Bullet Trains’ during Japanese Prime Minister Shinzo Abe’s visit.

Japan is likely to agree to finance the Rs 90,000 crore plus railway project through a soft loan at 0.5% interest with repayment tenure of 50 years.

For the first time, Chhattisgarh will host the 20th National Youth Festival on January 12-16, 2016, at Naya Raipur. More than 6,000 students across the country are slated to participate.

The event will have contests in 18 different areas including folk dance, classical music and drama. A 38-member organising committee headed by Raipur divisional commissioner Ashok Agrawal has been constituted for organizing the event.

Delhi Transport Minister Gopal Rai has announced that State Govt will come out with a “full proof plan” for Odd-even number scheme before December 25.

The city government is also planning to strengthen the public transport system by introducing more buses and increasing the frequency of Metro trains to accommodate the rush of commuters.

The objective of this summit is to connect the Global SMEs with the Indian SMEs for mutual business development and explore the emerging Indian market. This summit will also work towards creating a strong platform for key decision makers, business leaders and multilateral, global funding agencies to address issues common to SMEs and identify cross-border partnership opportunities.

The 2nd FOCAC (Forum on China-Africa Cooperation) Summit and 6th Ministerial Conference were held on 4 to 5 December 2015 in Johannesburg, South Africa.

The Reserve Bank of India has cancelled the certificate of registration (COR) of 56 non-banking finance companies (NBFCs).

Federal Bank has launched missed call service for account holders in Chennai to recharge their mobile.

Once registered, the beneficiary has to just make a missed call from his mobile number to 8431700700, and their phone will be recharged immediately and the amount debited to the account-holder’s bank account.

Tata Consultancy Services (TCS), a leading IT services, consulting and business solutions organisation, has announced that IDFC Bank has selected TCS BaNCS for core banking, a move that will enable it to offer next generation banking services that are more personalised, convenient and faster.

In about nine months, IDFC Bank has implemented solutions for core banking, corporate loan origination, financial inclusion and Global Limits and Exposure Management (GLEM) from the TCS BaNCS suite and has integrated them with a host of additional systems within the bank.

Paytm acquires Near.in in a deal worth Rs 13 cr

Paytm has acquired Near.in, an online marketplace for hyper-local services in a cash and stock deal, estimated at between $1.5 million-$2 million (Rs 10 crore-Rs 13 crore)

About Near.in
It was founded a little over a year ago by Sunil Goyal, Lomesh Dutta and Akshay Khanna provides services like home repairs, appliance repair and pest control. It also helps customers find music classes, yoga classes and salon services among others.

Khan Academy had nearly 2,700 freely viewable videos of around 10 minutes each on subjects like maths, science, and computer science, as well as humanities and test prep.

Hedge fund: It provide benefits to capital markets by contributing to market efficiency and enhancing liquidity. They undertake risks by serving as ready counterparties to entities wish to hedge risks.

Nirma University has been awarded under the category of “Excellence in Technology for Education Delivery” during the FICCI Education Awards 2015 as a part of the event under the 11th FICCI Higher Education Summit 2015.
(FICCI – Federation of Indian Chambers of Commerce & Industry)

Union Telecom and Information Technology Minister Ravi Shankar Prasad presented ‘Express IT excellence award’ to Hyderabad City Police in acknowledgment with IT initiatives launched by them in last one year in Bengaluru.

Hyderabad’s Additional Commissioner of Police (Law and Order) Anjani Kumar and Head of IT core team of Hyderabad Police Srinath Reddy received the award on behalf of the Hyderabad City Police.

Petroleum Minister Shri Dharmendra Pradhan presented the certificate in recognition of PAHAL as the largest cash transfer programme in the world, received from Guinness Book of World Records to the Prime Minister Shri Narendra Modi.

As on 3rd  Dec, 2015, 14.62 crore LPG consumers have joined the PAHAL scheme and are receiving the subsidy directly into their Bank Accounts. 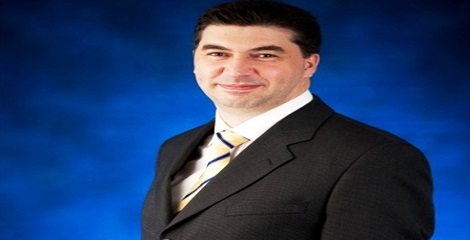 Benefit: His track record will enable the company to deliver to Indian consumers the great vehicles they want and the world-class customer experience they deserve 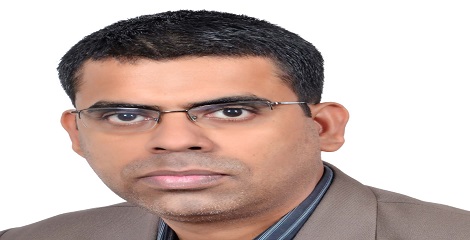 He was earlier CFO with restaurant search platform Zomato Media Pvt. Ltd and has worked with PricewaterhouseCoopers as an Associate, Analec Infotech, WNS Global Services and Datamonitor India.

Instigated by the tested properties of turmeric, varsity claimed to have discovered anti-cancer molecules in fighting the dreaded disease in an effective manner.

Rajiv Gandhi Proudyogiki Vishwavidyalaya (RGPV) announced that it has applied for a US patent of the discovery of the new anti-cancer molecules code:

CTR-17 and CTR-20: The molecules stimulates anticancer activity through a mechanism involving

Obstruction of cancer cell division by inhibition of tubulin

Tubulin: A protein which is important for many important cellular functions i.e. chromosome segregation during cell division, intracellular transport, development and maintenance of cell shape, cell motility and distribution of molecules on cell membranes.

Research: It was carried out in partnership with Advanced Medical Research Institute’s Dr Hyoun Lee’s team. 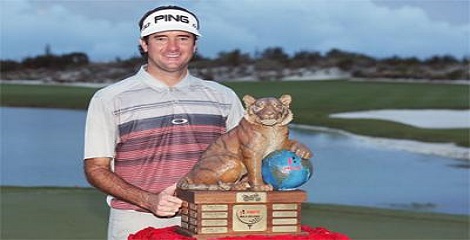 Aim: To raise awareness of the importance of international civil aviation and the role that the International Civil Aviation Organization (ICAO) plays in international air transport.

ICAO: It is a United Nations (UN) body responsible for developing international standards for aviation safety.

This day is celebrated globally through various activities such as seminars, published material, educational lectures, classroom activities, and news announcements on international civil aviation topics related to the day.