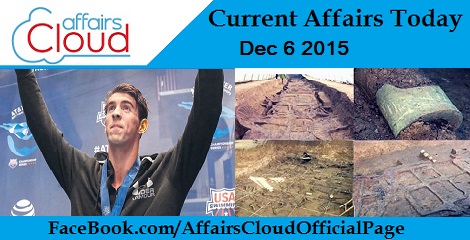 Andhra Pradesh has become the first state in the country to join the Centre’s scheme for revival of debt stressed power distribution companies after the state gave in-principle nod to the Power Ministry for joining UDAY.
(UDAY – Ujwal DISCOM Assurance Yojana)

The Railways will soon sign an agreement with Japan government to improve safety and standard of Indian railways. 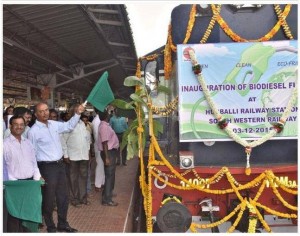 What is Biodiesel?
Biodiesel refers to a vegetable oil or animal fat-based diesel fuel or green fuel that provides quasi-renewable energy for cleaner alternatives and reduces dependency on fossil fuel especially diesel.

Union Government is promoting use of biodiesel in India Railways for the purpose of energy security, cleaner air and savings in foreign exchange along with employment opportunities in rural areas.

6th Meeting of Group on Automatic Exchange of Information held

Inaugurated by: Minister of State for Finance, Shri Jayant Sinha

AEOI Group, which now has 64 member countries, is mandated to develop a methodology for the review through a transparent process in which all Global Forum members participate on an equal footing.

National Security Advisors of India and Pakistan held talks on terrorism and Jammu and Kashmir and agreed to take forward the constructive engagement in Bangkok.

Two years after the civil nuclear deal signed between the two, Canada has sent the first uranium consignment of 250 tonnes to India for its nuclear power reactors.

Singapore emerged as the top source of FDI in India

As per data from the Department of Industrial Policy and Promotion (DIPP), Singapore has replaced Mauritius as the top source of foreign direct investment (FDI) into India during the first half of the current fiscal.

FDI in India from April-September 2015

In a bid to support rural entrepreneurs of India, centre is planning to provide loans under Micro Units Development and Refinance Agency (MUDRA) Yojana by Enhancing Rural Entrepreneurship through Common Services Centres (CSCs).

The Pradhan Mantri MUDRA Yojana (PMMY) was launched in April, under which the overall loan disbursement target has been set at around Rs.1.22 lakh crore for this financial year.

Government has imposed an anti-dumping duty of $1,732.11 per tonne on import of melamine tableware and kitchenware products like dinner sets and mugs from China, Thailand and Vietnam.

Anti-dumping: It analyses to test if domestic industries have been hurt because of an increase in cheap imports and also to ensure fair trade. It is not a measure to restrict imports or cause an unjustified surge in the cost of products.

Railways has undertaken PPP(Public-Private Partnership) projects worth Rs.14,000 crore during the 12th Five year Plan for laying new lines, doubling the present ones, enriching port connectivity and electrifying its network under PPP model.

Forest Survey of India (FSI) has released the Indian State of Forest Report (ISFR 2015) showing India’s total forest and tree cover has increased by 5081 sq km in the past two years. Over 200 tombs dating back to 2,600 years ago have been discovered in central China’s Henan Province.

The group of the rare structures, located in Yichuan County of Luoyang City, is composed of more than 200 tombs, eight horse and chariot pits, over 30 ash pits and more than 10 kilns.

Archaeologists believe the site was home to an ancient tribe and was one of the few in the region whose migration and time of perish was recorded.

World champions Australia has clinched the title of the 2nd edition of Hockey World League (HWL) Final at the Sardar Vallabh Bhai Patel Stadium in Raipur, India by defeating Belgium by 2-1.

Asian Games bronze-medallist L. Sarita Devi (60kg) returned to competitive boxing after her one-year ban with a resounding victory in the opening contest of the training-cum-competition assignment in the Chinese city of Qian’an.

Sarita served a one-year ban for her emotional outburst at the Asian Games after a controversial semifinal loss, defeated Mongolia’s Sowoderden 3-0. 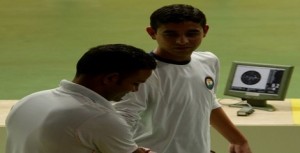 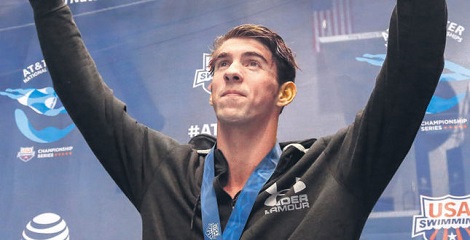