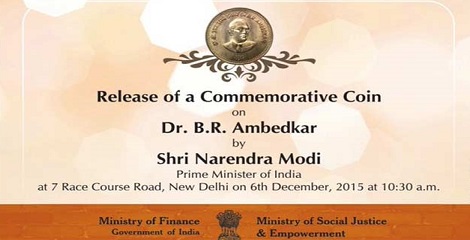 The Union government is celebrating 125th birth anniversary of Dr B R Ambedkar in the year 2015. The objective of yearlong celebrations is to make the world aware about the life and the work of legendary social reformer who is often considered as a champion of the underprivileged.

About Dr. B. R. Ambedkar
Born on 14 April 1891 he is known as the “Father of Indian Constitution” as he was the chief architect of the Constitution of India.

In 1921-22, when he was studying at London School of Economics (LSE) had spent around a year at the three-storey town house on King Henry’s Road in north London, UK, which was purchased by the Maharashtra government for £3.2 million last month.