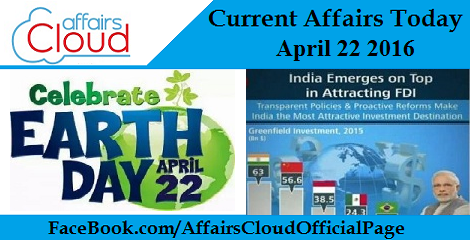 High Court of Himachal Pradesh issued notices on the matter of declaring monkey as vermin for the following 6 months to the Union and state government.

The Mumbai-Ahmedabad high speed rail corridor will have a 21 km long tunnel out of the total stretch of 508 km that will go under the sea.

The Simhastha Kumbh Mela, largest congregation of Hindus began in Ujjain early with the arrival of JunaAkhara for the royal bath on the banks of Kshipra River to take a holy dip.

US Paper Currency will bear the prestigious Anti-Slavery crusader Harriet Tubman who is African-American and the first woman in History. She replaces former President Andrew Jackson on the $20 currency

Mumbai based India’s largest IT Company TCS has been recognized as one of the UK’s leading employers for women in a list published by The Times.

Railways have finished the financial year 2015-16 with a record high capital expenditure of Rs 94,000 crore, an increase of Rs 37,000 crore over the previous fiscal.

In 2015, India gained the first rank in the World for Foreign Direct Investment overtaking the US and China

Mumbai based Mahindra & Mahindra has become the first Indian company to join a global energy campaign headed by an international non-profit group that will work with the world’s most influential businesses in setting commitments to double their energy productivity.

US IT major Accenture plans to expand its global security presence by opening a cyber centre in Bengaluru. It will be the largest cyber security facility in Accenture’s global delivery network Idriss Deby of Patriotic Salvation Movement (MPS) party has won the presidential election for the fifth time since 1990.

Pakistan, China to launch satellite to monitor CPEC projects in 2018

Pakistan and China jointly to launch of a special satellite to monitor the development of the $46 billion China-Pakistan Economic Corridor (CPEC) project by June 2018. Irfan Ahmed banned for two and a half years by ICC

Hong Kong all-rounder Irfan Ahmed has been suspended by the International Cricket Council (ICC) for two and a half years,  he will not be allowed to play any form of cricket until May 4, 2018 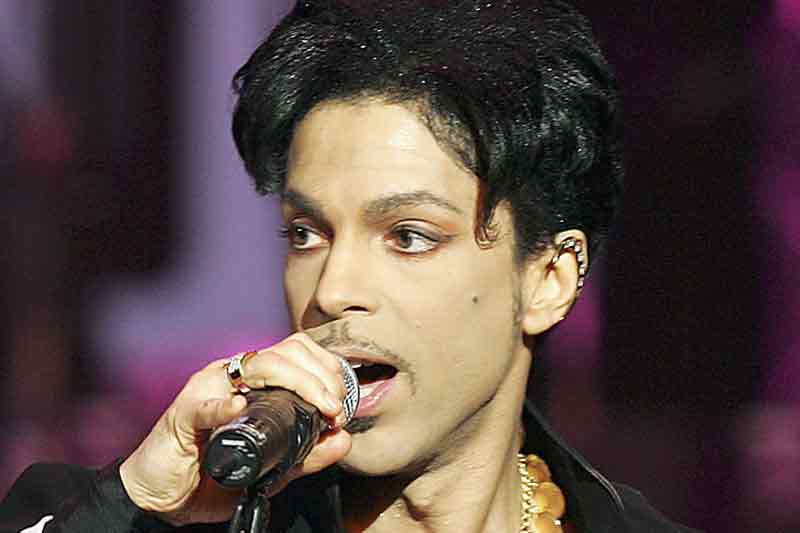 British Film Director Guy Hamilton, known for his work on four James Bond movies, has died at the age of 93.

An Indian police horse ‘Shaktiman’ which was injured during a Bharatiya Janata Part protest rally last month in Uttarkhand, died

The Making of India: The Untold Story of British Enterprise’- New book by KartarLalvani 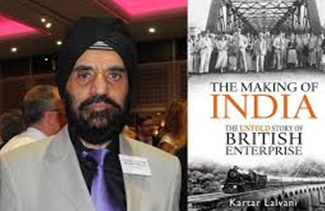 creating a unified India has attracted enthusiastic reviews for bringing out the untold colonial rule.

With support of more than one billion people across the world would mark the event by showing support for environmental protection and safeguards.