Barack Obama is the person who has been listed most often. 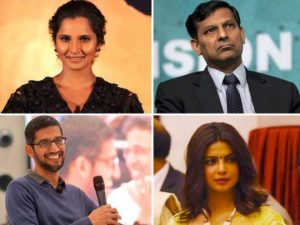