We are here for you to provide the important Recent and Latest Current Affairs September 21 2019, which have unique updates of Latest Current Affairs 2019 from all newspapers such as The Hindu, The Economic Times, PIB, Times of India, PTI, Indian Express, Business Standard and all Government official websites.

35th Tri-Services Commanders Conference for 2019 held in Jaisalmer, Rajasthan
The 35th Tri-Services Commanders Conference for 2019 was held in Jaisalmer, Rajasthan from September 18-20, 2019. It was held under the aegis of the Army Southern Command headquartered in Pune and was hosted by Southern Army Commander Lieutenant-General SK Saini. 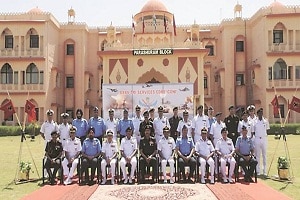 Key Points:
i. It focussed on joint planning and execution of Network Centric Warfare  (NCW) scenarios.
ii. The three service commands of the Army, Navy and Air Force had participated in the annual conference and many issues like coastal security, protection of island territories and vital installations in the southern and south-western region were discussed.

NTPC Ltd to set up 5 GW solar park- biggest in the country, in Gujarat
On September 18, 2019 the NTPC ltd (formerly National Thermal Power Corporation Limited) announced to set up a 5GW (gigawatt) solar national park in Gujarat and is also expected to be the biggest in the country.
Key points
i. The cost of the site set up is expected to be Rs 25,000 crores ($3.5 billion) and is to be operational in 2024. This solar park is part of NTPC’s aim to build 32GW renewable energy by 2032 and reduce the energy mix of fossil fuels from 96% to 70%.
ii. 2022 target by PM: The Prime Minister Shri Narendra Modi has set a target of producing 175GW of renewable capacity by 2022.NTPC also considers to build a 500MW(megawatts) hydropower project in Himachal Pradesh.
About NTPC:
♦ Founded- 1975.
♦ Headquarters- New Delhi.
♦ Chairman and Managing Director (MD)- Gurdeep Singh.

5 days long 63rd General Conference of IAEA held in Vienna, Austria
The 63rd Annual Regular Session of the International Atomic Energy Agency (IAEA) General Conference was held in Vienna, the capital of Austria with participation from 171 IAEA member states from September 16-20, 2019. The conference is conducted to jointly discuss about the issues related to the IAEA’s work, budget and priorities.
i. Indian Delegation: The Indian delegation to the conference was led by Dr. K N Vyas, Chairman of the Atomic Energy Commission(AEC) and Secretary of the Department of Atomic Energy(DEA). Vyas talked about various achievements made by the Indian government that formed part of support in the IAEA’s growth.
ii. NCG Vishwam Cancer Care Connect: The National Cancer Grid- Vishwam Cancer Care Connect (NCG-Vishwam 3C), which is a global cancer care network, was launched by Vyas in Vienna.  The NCG-Vishwam’s key work is to integrate hospitals and relevant cancer care institutes from partner countries with the National Cancer Grid (NCG) of India…………………Click here to Read more

Reserve Bank comes out with a new order regarding ‘failed’ transactions
The country’s central bank, the Reserve Bank of India (RBI) has come out with a new order for banks and payment system operators regarding the failed transaction of customers. Under this, the time period has been fixed for the disposal of grievances and auto reversal of the amount on the failed transaction for the banks, which has been termed as Turn Around Time (TAT).
i. Banks will have to pay compensation to the customers if there is no settlement or reversal of the transaction within this time period. This compensation will be as per Rs 100 per day after completion of the time period. This RBI order will come into effect on October 15, 2019……………….Click here to Read more

RBI revises guidelines on concurrent audit system as per the recommendations of an expert committee headed by Y.H. Malegam
On September 20,2019, Following the recommendations of an expert committee headed by Y.H.Malegam, the Reserve Bank of India (RBI) has revised the guidelines on concurrent audit system.
i. Tenure:  As per the new guideline, concurrent auditors will be appointed for a period of not more than 3 years as against earlier tenure of 5 years & the age limit for retired staff of concurrent auditors will be capped at 70 years.
ii. Coverage: The detailed purview of work for concurrent auditors, coverage of business/branches is left to the discretion of the internal audit head of banks, with the prior approval of the Audit Committee of the Board of Directors (ACB) or Local Management Committee ((LMC) for the case of foreign banks) of the bank……………………Click here to Read more

RBI &SEBI jointly working on a framework for accurate exchange of borrower data between banks and CRAs
India’s central Banking Institution, the Reserve Bank of India (RBI) and the regulator for the securities market in India, SEBI (Securities and Exchange Board of India ) are jointly working on a framework that will freely enable exchange of borrower information  between banks and credit rating agencies (CRAs) in more accurate manner.
i. The joint framework aimed at bridging the gap between the default rates divulged by rating agencies differed from the report computed by the  RBI’s Central Repository of Information on Large Credits (CRILC), a borrower-level database focusing on systemically important credit exposures…………………….Click here to Read more

Overview of the 37th GST Council meeting for 2019 held in Panaji, Goa
The 37th Good and Service Tax (GST) Council Meeting under the Chairmanship of Union Finance & Corporate Affairs Minister Smt Nirmala Sitharaman was held in Panaji, Goa on September 20, 2019.
i. The following was exempted from GST/  Integrated Goods and Services Tax (IGST):

Home ministry announces new ‘Sardar Patel National Unity Award’ for promoting national integration and unity
On September 20, 2019 the union home ministry announced a new honour on the Padma awards pattern named theSardar Patel National Unity Award to individuals and persons for promoting national unity and integrity. The award was first instituted by Prime Minister Shri Narendra Modi in December 2018. The name of the recipients of the award will be maintained under President’s direction and published in Gazette of India.
i. Eligibility: Any person irrespective of race, occupation, sex is eligible for the award. It may also be given posthumously only in highly deserving and rase case scenarios.
ii. Cancellation of award: The president has the right to cancel the award to any person, and in such case, that person’s name will be erased from the register and he/she or the institution/organisation would have to surrender the award back…………………..Click here to Read more 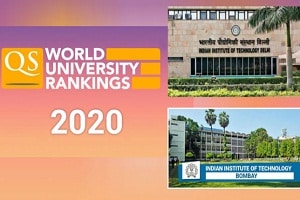 Key points
i. Other rankings: Globally, IIT Madras ranks 3rd in terms of ‘graduate employment rate indicator’, University of Delhi ranks 20th in ‘alumni outcomes’, BITs ranks 72nd in ‘employer-student connection indicator’.
ii. The ranking covers 500 universities globally under a unique five-metric method to rank them. Out of 15 Indian institutes that participated in the list, only 10 made it to the publishing list.

Kerala tourism wins 3 awards in 2019 PATA gold awards in Nur-Sultan, Kazakhstan
On September 18, 2019, the Pacific Asia Travel Association (PATA) awards for the year 2019 was held in Nur-Sultan (Astana), the capital of Kazakhstan. The Kerala tourism has won 3 PATA gold awards at the event and the awards are given for an ethnic food restaurant run by women at Kumarakom(Kerala) under its Responsible Tourism(RT) mission, for Kerala tourism campaign advertisement ‘Come Out and Play’ and the third one was for its website www.keralatourism.org 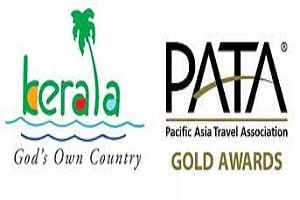 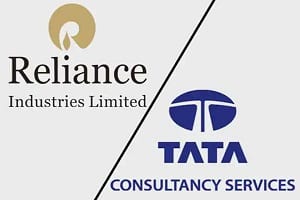 The top 5 most valued firms by m-cap are as follows: 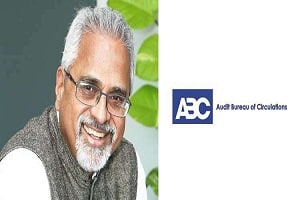 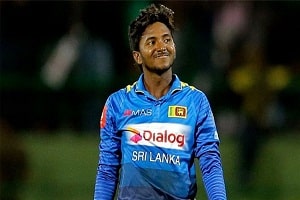 Key points:
i. The validity of his bowling action was questioned during the first Test against New Zealand in Galle, Sri Lanka from 14-18 August, 2019.
ii. Earlier in December 2018,  he was suspended from bowling. He then improved his bowling action and then after his assessment he was allowed to resume bowling in February 2019.
iii. Due to the 2nd time his action has been found wrong, he was automatically banned for 12 months. After the end of the one-year period, Dhananjaya can appeal an action investigation in the ICC.
About ICC:
♦ Founded: 15 June 1909
♦ Headquarters: Dubai, United Arab Emirates (UAE)
♦ Chairperson: Shashank Manohar
♦ CEO: Manu Sawhney 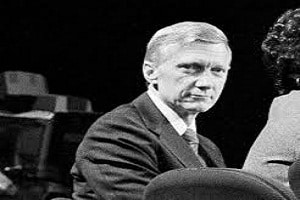 i. Born on 28 January 1928, Chicago, Illinois, US, he  shared a 1973 Pulitzer Prize with colleague Clark Hoyt for uncovering the fact that Democratic vice-presidential candidate Thomas Eagleton’s exit from the campaign due to severe psychiatric problems and undergone three shock treatments.
ii. He worked as the Washington bureau chief of Knight Ridder for 20 years , once the nation’s 2nd -largest newspaper chain with properties like The Philadelphia Inquirer and the Miami Herald.
iii. Boyd toured the Bay of Pigs battlefield with Cuban leader Fidel Castro in 1961,covered the revolution in the Dominican Republic in 1965, witnessed the secret US (United States) bombing of Cambodia during the Vietnam War.
iv. He became Knight Ridder’s Washington science writer in 1993.

B R Vats, former PTI correspondent who covered 1st LS polls passed away at the age of 97 in New Delhi
On September 19, 2019 Bhagat Ram Vats (BR Vats), who was a former senior correspondent of Press Trust of India (PTI) passed away at the age of 97 due to head injury in New Delhi. He was well known for covering the 1st Lok Sabha polls and had also travelled with the then Prime Minister (PM) Jawaharlal Nehru (1st PM) for 14 years covering his political activities, especially the election tours in 1952, 1957 and 1962.
Key points:
i. Vats was given lifelong Russian press accreditation for reporting from the erstwhile Union of Soviet Socialist Republics (USSR) nearly half a decade.
ii. He also authored a book named ‘Foreign Intrigue Against India that portrays partition of India and its neighbours.

International Day of Peace  or World Peace Day observed on 21 September, 2019
The International Day of Peace, also known as World Peace Day, is observed all over the world by the United Nations (UN) annually on 21st September. The day aims to strengthen the ideals of peace and recognises the efforts of those people who have worked hard to end conflict and promote peace. The theme of this Day for 2019 was ‘Climate Action for Peace’. The theme focuses on the need of fighting climate change by protecting and promoting peace throughout the world. 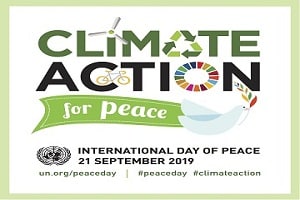 Key Points:
i. WAD was first observed in 2012.
ii. The month of September is observed as World Alzheimer’s Month (WAM). It is observed by the Alzheimer’s Disease International (ADI) run by the Alzheimer University. The theme for the year is raising awareness and challenging the stigma around the disease.
iii. According to the National Institutes of Health (NIH), Alzheimer’s is “an irreversible, progressive brain disorder that slowly destroys memory and thinking skills.”
iv. Dementia is described as a range of symptoms that are associated with deteriorating memory or other thinking skills.