We are here for you to provide the important Recent and Latest Current Affairs October 19 2019, which have unique updates of Latest Current Affairs 2019 from all newspapers such as The Hindu, The Economic Times, PIB, Times of India, PTI, Indian Express, Business Standard and all Government official websites.

Overview of the visit of the King and Queen of the Netherlands to India
King Willem-Alexander and Queen Maxima of the Netherlands paid a 5 day official visit to India at the invitation of Indian President Shri Ram Nath Kovind, from October 13-17 2019 to boost bilateral and political cooperation between the two nations. This was the first visit to India by the king since his ascension to the throne in 2013.
i. 25th edition of two day organised DST (Department of Science & Technology)-CII India Netherlands Technology Summit was held in New Delhi.
ii. Indian govt and institutes of India have announced a partnership with the Netherlands on 8 projects during the CII India Netherlands Technology Summit.
iii. The 2nd phase of the Indo-Dutch project called Local Treatment of Urban Sewage Streams for Healthy Reuse, or LOTUS-HR was launched at India-Netherlands water laboratory Barapullah drain in New Delhi by Dr. Harsh Vardhan and the Netherlands King Willem-Alexander and Queen Maxima…………………Click here to Read more

1st edition of CII’s Asia Health- 2019 conference held in New Delhi
The 1st edition of Asia Health-2019 conference with the theme Serving the World’s Fastest Growing Region through Healthcare Convergence, organized jointly by the National Health Authority and CII (Confederation of Indian Industry) held in New Delhi from 16 – 19 October 2019 with the aim to bring multiple stakeholders together to discuss the future of Health.
i. Dr. Jitendra Singh,the Minister of State for Development of North Eastern Region (I/C), Prime Minister’s Office, Personnel, Public Grievances & Pensions, Atomic Energy and Space has chaired the Asia Health-2019 conference in New Delhi .
ii. With the theme for 2019-20 as ‘Competitiveness of India Inc – [email protected]: Forging Ahead’, CII will focus on 5 priority areas (employment generation, rural-urban connect, energy security, environmental sustainability and governance) which would make India to stay on a better growth track……………………Click here to read more 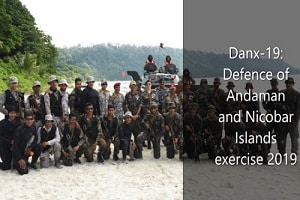 Key points:
i. The exercise has all the resources and forces of the Army, Navy, and Airforce.
ii. All 3 defence forces carried out mobilisation and field maneuvers to validate defensive plans of ANC.
iii. It was also attended by main ground accretive forces, ships, and aircraft, Special Forces from the newly formed Armed Forces Special Operations Division (AFSOD).
iv. The 1st edition was held in 2017 at Andaman, and Nicobar Islands.
About ANC:
♦ Formation: 2001
♦ It is the first and only tri-service command of the Indian Armed Forces based at Port Blair, Andaman and Nicobar Islands.
The Andaman and Nicobar Islands:
It is a Union territory of India comprising 572 islands of which 37 are inhabited, are a group of islands at the juncture of the Bay of Bengal and Andaman Sea.

2019 Army commanders’ conference held in New Delhi
The 2019 biannual event of the Army Commanders conference was held in New Delhi from October 14-18 2019. Defence minister Rajnath Singh addressed the army officers. During the conference procurement of slow-moving Unmanned Aerial Vehicles (UAVs) for the Indian Army(IA) was decided. More than 40 companies showcased military equipment during the event.
Indian Army launched “OASIS”
The Indian Army launched a new program called OASIS (Officers Automated Structures Information System). The purpose of this programme is to digitize the official records of the army officers. The IAs intranet will be hosting the software. Previously the records were preserved manually at the Manpower Planning Directorate(MPD) in New Delhi.

2nd edition of the Indo-French knowledge summit 2019 held in University of Lyon ,France
In order to promote higher education, research and innovation, a two-day 2nd edition of the Indo-French Knowledge Summit 2019, organised by the Embassy of France in India in association with the Ministry of Science and Technology and the HRD(Human Resource Development) Ministry, held at the University of Lyon ,France from October 17-18, 2019.
Key points:
i.Participation: The event , involved a series of interactive sessions, witnessed more than 300 participants from the Indian and French academia, research organisations, corporate houses, competitive clusters and start-ups, as well as public authorities.
ii. About 15 agreements have been signed between French & Indian participants during this summit.
iii. Benefits: The event will develop cooperation between the two countries in education and research, research and industry, mobility of students and scholars & deepen scientific and academic cooperation.
iv. The 1st edition of Knowledge Summit was held during the 2018 state visit of French President Emmanuel Macron to India.
About France:
♦ Capital: Paris
♦ Currencies: Euro, CFP franc

No charges on digital payments to large businesses with an annual turnover over Rs 50 crore from Nov 1, 2019
On October 18, 2019, The Ministry of Finance notified that banks will not levy charges or merchant discount rate (MDR) on digital payments to the customers or merchants of the businesses with an annual turnover of more than Rs 50 crore from 1 November 2019. This move is to encourage digital payments and they will have to mandatorily offer electronic mode of payments to their customers from the said date.
Key Points:
i. In this regard, amendments have been made in the Income Tax Act 1961 and in the Payment and Settlement Systems Act 2007.
ii. The circular was issued by the Central Board of Direct Taxes (CBDT).
iii. CBDT has also invited applications from banks and payment system providers who are willing that their payment systems may be used for the purpose.
iv. This proposal was made by the Finance Minister Nirmala Sitharaman in the Budget speech of 2019-20.
About CBDT:
♦ Parent Organization: Ministry of Finance
♦ Chairman: Pramod Chandra Mody

US astronauts Christina Koch and Jessica Meir creates history by embarking on the first ever all-female spacewalk
On October 18, 2019, The United States (US) Space agency, National Aeronautics and Space Administration’s (NASA) astronauts Christina Koch (40) & Jessica Meir (42) have created history by taking a walk outside the International Space Station  (ISS). This is the 1st time that only a team of women astronauts has walked outside the ISS. The spacewalk is known as extra-vehicular activity (EVA). 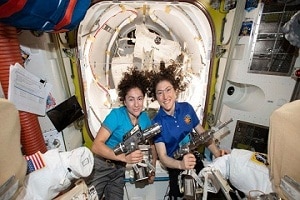 Key points:
i. Both were to replace the ISS malfunctioning power controller ‘battery charge-discharge unit’ during this campaign. The device was defective since October 11, 2019.
ii. It was Christina Koch’s fourth spacewalk. At the same time, Jessica Mir was involved in such a campaign for the first time.
iii. There have been a total of 221 spacewalks so far for repairing the ISS and the equipment involved.
iv. This mission becomes even more important because NASA  is taking steps towards sending the first woman to the moon by 2024.
About NASA:
♦ Formed :July 29, 1958
♦ Headquarters:Washington, D.C., United States
♦ Motto: For the Benefit of All

PV Sindhu ranked 13th in Forbes list of the highest-paid women athletes for 2019;  Serena Williams tops
In the Forbes list of the highest-paid women athletes 2019, Indian badminton player PV (Pusarla Venkata) Sindhu was ranked 13th with a total earning of $5.5 million, comprising total prize money of $500,000 and endorsements worth $5 million. She is India’s most marketable female athlete having endorsements with Bridgestone, JBL, Gatorade, Panasonic, and more.

i. She was the first Indian to win the season-ending BWF (Badminton World Federation) World Tour finals in 2018.
ii. The earnings from a period extending from June 1, 2018 to June 1, 2019 were taken into consideration.
Top 3 world’s highest paid women athletes: 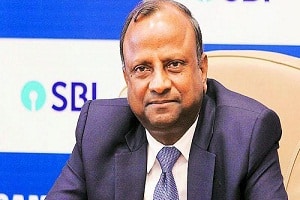 Secretary of IBA:
Rakesh Sharma, MD & CEO of Industrial and Development Bank of India(IDBI) will serve as an honorary secretary of IBA for 2019-20.
About IBA:
♦ Formed- 26 September 1946.
♦ Headquarters- Mumbai, Maharashtra.

Anup Kumar Singh appointed as the new Director-General of National Security Guard (NSG)
On October 18, 2019, The Department of Personnel and Training (DoPT) under the Ministry of Home Affairs (MHA) of the Government of India notified that Ahmedabad city Police Commissioner Anup Kumar Singh, aged 59, was appointed as the Director-General (DG) of the National Security Guard (NSG) aka “black cats commando” succeeding Sudeep Lakhtakia. He is the 1985-batch Indian Police Service (IPS) officer of the Gujarat cadre. The appointment was approved by the Appointments Committee of the Cabinet (ACC). 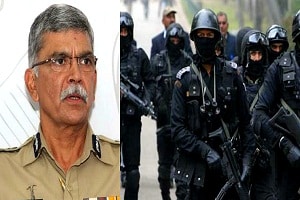 i. He will serve as DG from the date of joining the post and up to September 30, 2020.
ii. He has vast experience in the police force for 34 years.
About NSG:
♦ Motto: Omnipresent omnipotent security
♦ Formed: 1984
♦ Headquarters: New Delhi

NASA’s hubble space telescope observes 1st Confirmed Interstellar Comet-2I / Borisov
On October 12, 2019, An independent space agency of the United States(US), NASA’s(National Aeronautics and Space Administration) Hubble Space Telescope has observed 2nd interstellar comet named 2I/Borisov passing through the solar system. It is also the 1st Confirmed Interstellar Comet.
Key points:
i. This is the 2nd interstellar object observed after Oumuamua in 2017. Oumuamua was a rock while Borisov is an active comet, which will give information related to the chemical composition, structure, and dust characteristics of stars it is a part of.
ii. About Borisov:

Comets :
These are icy bodies of dust and gas. They are often called dirty snowballs because when they pass near the sun they become very hot from the sun’s temperature and icy gases and dust start coming out of it.
Interstellar medium:
It is the place where the effect of the sun is not observed. Its starting point is called heliopause.
About NASA:
♦ Formed: July 29, 1958
♦ Headquarters:Washington, D.C., United States
♦ Motto: For the Benefit of All

World’s fastest ant known as Saharan silver ant has been discovered
The Saharan silver ant (Cataglyphis bombycina) of the world’s 12,000 known ant species, has been discovered as the world’s fastest ant. A team of German researchers from the University of Ulm and Freiburg(Germany) discovered the ant in Douz area of Tunisia. The desert living ant hits speeds of nearly one meter per second, and covers 2.8 feet per second 108 times its body length per second.
Key points
i. The scientists also discovered that during its fastest navigation, the ant  switches from running to a gallop, with all six feet off the ground at regular intervals. The report has been published in Journal of Experimental Biology. 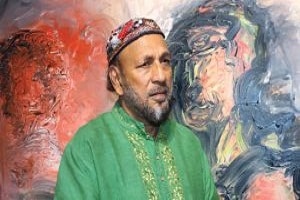 Key points
Karmakar was born on January 10, 1946, in Faridpur district of south-central Bangladesh. He received Shilpakala Padak in 2016, and Ekushey Padak in 2018, the second-highest civilian award by the Bangladesh Govt. His paintings had been distributed across the world in countries like India, United States(US), Japan, Hong Kong etc.

Socio-Political Dalit writer & Sahithya Akademi Award winner KB Siddaiah passed away at the age of 65
On October 18, 2019, renowned Socio-Political philosopher, poet and social activist K.B. Siddaiah passed away at the age of 65. A month ago, he met with an accident and was under treatment until his death at Manipal Hospital in Bengaluru, Karnataka. He was the recipient of the Sahithya Akademi Award in the year 2004.
Key points
i. Born on March 2, 1954, in Karnataka Siddaiah taught English at Sri Siddhartha PU college in Tumakuru, Karnataka.  His famous literary works were in Kannada, including Bakaala, Daklakathadevi Kavya, Anatma, and Gallebaani etc.
ii. He also held a strong voice in the Dalit movement. He was in favour of internal reservation for the Scheduled Castes(SC) and fought for the implementation of the A.J. Sadashiva Commission recommendations. He was one of the founder members of Dalitha Sangharsha Samithi (DSS) during the 80s.