We are here for you to provide the important Recent and Latest Current Affairs October 18 2019, which have unique updates of Latest Current Affairs 2019 from all newspapers such as The Hindu, The Economic Times, PIB, Times of India, PTI, Indian Express, Business Standard and all Government official websites.

Karnataka tops as the most innovative state in NITI Aayogs’ India Innovation Index 2019
October 17, 2019, The National Institution for Transforming India(NITI) along with the Institute for Competitiveness as competitive partner launched the India Innovation Index (III) 2019. According to the index, Karnataka ranked as the most innovative state in India. It was followed by TamilNadu and Maharashtra in the second and third places respectively. The index examines innovation ecosystem in the nation and aims to address the challenges in it.
Key points
i. Report: Most of the top 10 states were from southern and western parts of the country. The other states in the top 10 list were Telangana, Haryana, Kerala, Uttar Pradesh, West Bengal, Gujarat, and Andhra Pradesh in the increasing order of rank.

Karnataka tops the University-Industry Linkage Index 2019
In the survey conducted by Progress, Harmony and Development Chamber of Commerce and Industry (PHDCCI) and the Ministry of Science and Technology, Government of India, Karnataka topped the University-Industry Linkages (UILs) Index 2019 with the score of 7.8 out of 10. Kerala and Gujarat were ranked second and third with the score of 7.3 and 6.7, respectively.
i. The study was released by Dr Shekhar C Mande, Secretary, Department of Scientific and Industrial Research (DSIR), Ministry of Science and Technology.
ii. The survey considered 10 parameters.
iii. Larger states like West Bengal, Madhya Pradesh, and Bihar were the poor performers………………Click here to Read more

Dr Jitendra Singh inaugurates 11th Nuclear Energy Conclave for 2019 in New Delhi
On October 18, 2019, The Union Minister of State for Development of North Eastern Region (I/C), Minister of State (MoS) Prime Minister’s Office (PMO), Personnel, Public Grievances & Pensions, Atomic Energy and Space, Dr Jitendra Singh inaugurated the 11th Edition of Nuclear Energy Conclave 2019 in New Delhi. It was held under the theme “Economics of Nuclear Power- Innovation towards Safer & Cost Effective Technologies”. It was organized by India Energy Forum (IEF).
i. A nuclear plant is being set up in the Gorakhpur of Haryana.
ii. A “Hall of Nuclear Energy” was opened in Pragati Maidan in Delhi with a view to educate the students and the general public about the applications of nuclear energy………………..Click here to Read more

Health minister Shri Harsh Vardhan launched  postal stamp of  Hyderabad’s National Institute of Nutrition (NIN) in New Delhi
On October 16, 2019, the Union Minister of Health and Family Welfare(MoHFW) Shri Harsh Vardhan released postal stamp of Hyderabad(Telangana) city-based ICMR-National Institute of Nutrition (NIN) to commemorate its centenary celebration. It is also the oldest institute of ICMR. The stamp was released in New Delhi at the Indian Council of Medical Research(ICMR). The theme for the NIN centenary year was ‘Empowering the nation through nutrition’.

ICMR-NIN-Centenary Award
The ‘ICMR-NIN-Centenary Award’, a onetime instituted award to commemorate NIN’s centenary was conferred posthumously to C. Gopalan, nutrition scientist who passed away recently at the age of 101 on October 3, 2019.
Key points
i. Stamps:  5000 stamps each with a face value of ₹5 have been printed, whereas India Posts would print 1000 stamps additionally for online sale at e-post office, display and sale them at philately (collection and study of postage stamps) exhibitions. This postal stamp was brought out under the ‘Corporate My Stamp’ scheme of India Posts.
ii. Stamp feature: the stamps would feature customized themes with centenary logo printed on them.
iii. Members present:BalramBhragava, Secretary of the Department of Health Research & Director General, ICMR; R Hemaltha, Director of NIN and other officials took part in the event.
About NIN:
♦ The Institute was founded in 1918 by Sir Robert McCarrison.
♦ It was initially called the Beri-Beri Enquiry Unit.
♦ It was originally a single room laboratory at the Pasteur Institute, Coonoor, Tamil Nadu and later moved to Hyderabad in 1958 and in 1969 was renamed the National Institute of Nutrition. 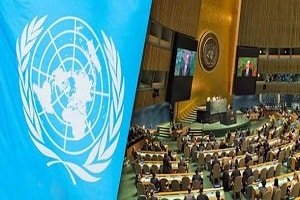 Donald Trump to host 46th G7 Economic Summit for 2020 at Trump National Doral Golf Club, Miami, Florida
46th Group of Seven (G7) Economic Summit 2020 of developed world leaders will be hosted by the president of the United States (US) Mr Donald Trump at one of his own properties, the Trump National Doral golf resort near Miami, Florida on June 10-12, 2020. This was announced by the White House acting chief of staff Mr Mick Mulvaney.
About G7 countries:
The Group of Seven (G7) is an international intergovernmental economic organization consisting of the seven largest International Monetary Fund (IMF) -described advanced economies in the world: Canada, France, Germany, Italy, Japan, the United Kingdom (UK) and the United States.

FATF granted Pakistan an ultimatum until February 2020, to curb the terror financing
On October 18, 2019, The Paris based Financial Action Task Force (FATF), an organization that monitors the financing of international terrorism, gave a 4-month extension to Pakistan & warned of action for its failure to combat money laundering and terror financing. If it does not curb the financing of terrorism by February 2020, it will be put on the blacklist. The decision has been taken by FATF after the completion of its five-day plenary session in Paris, France.
Key points:
i. Along with this, FATF members also urged to pay special attention to their financial institutions on business relations / transactions with Pakistan.
ii.Background: Pakistan was placed on the grey list in June 2018. It was given an action plan to complete by October 2019, under which it was entrusted with 27 tasks, including stopping terrorist funding, eradicating terrorism from its land. Out of this, Pakistan was able to complete only 5 tasks.
iii. Impacts of being Blacklisted: If Pakistan is blacklisted, it may adversely impact its imports, exports, remittances and limit its access to international lending.
Dark Grey list:
According to FATF rules there is one essential stage between ‘Grey’ and ‘Black’ lists, referred to as ‘Dark Grey’, which means issuance of a strong warning, so that the country concerned gets one last chance to improve.
Grey list:
FATF grey lists a country which it considers as a safe haven for terror funding and money laundering.
About FATF:
♦ Formation: 1989
♦ Headquarters: Paris, France
♦ Membership: 39
♦ President: Xiangmin Liu

RIL becomes the first Indian company to have a market cap of over Rs 9 lakh crore
On October 18, 2019, Mukesh Ambani-led Reliance Industries Limited (RIL) has become the first Indian company to have a market capitalization (m-cap) of Rs 9,00,666 crore. RIL’s stock rose 1.76% during early trading and reached the level of Rs.1420.75. Earlier in August 2018, Reliance had set the record of the first company in the country to touch the market capitalization level of Rs 8 lakh crore.
Key points:
i. After Reliance, IT(Information Technology) major  TCS(Tata Consultancy Services) is ranked second with the valuation of ₹7,69,483 crore as its shares were trading up 1% at ₹2050.70.
ii. According to Forbes’ list of 100 richest people in India 2019, Reliance Industries owner Mukesh Ambani is the richest man in India. He has got this position for the 12th consecutive year. His total assets are $ 51.4 billion.
Market Capitalization:
It  is the value of a company being traded on the stock market. It is calculated by multiplying the total number of shares with the current share price of the company.
About RIL:
♦ Founded :8 May 1973
♦ Founder :Dhirubhai Ambani
♦ Headquarters :Mumbai, Maharashtra 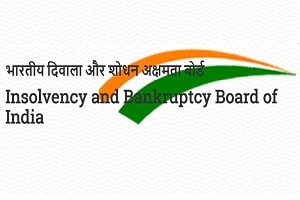 Key points
i. IBBI Board: With his appointment, IBBI now has 3 whole time members. Besides them and a chairman, IBBI board has 4 ex officio members representing Ministry of Corporate Affairs(MCA), the Reserve Bank of India(RBI), Department of Economic Affairs(DEA) and legal affairs and it also has 2-part time members, they are Chief Economic Advisor Krishnamurthy Subramanian and B Sriram, former Managing Director & Chief Executive Officer(CEO) of IDBI (Industrial Development Bank of India) bank. Thus there are a total of 10 members on the board.
About IBBI:
♦ Established-  1 October 2016.
♦ Headquarters- New Delhi.
♦ Chairperson- MS Sahoo.

EU leaders confirm Christine lagarde as the 1st women head of European Central Bank
On October 18, 2019, The European Union (EU) leaders confirmed the appointment of former 1st women head of the Washington based body , International Monetary Fund(IMF) Christine Lagarde (63) as the new chief of the European Central Bank (ECB) for a non-renewable term of 8 years. She will be replacing Mario Draghi (Italy) from November 1, 2019. 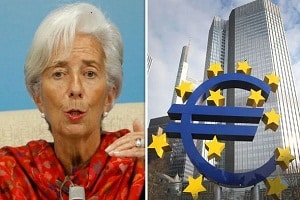 Key points:
i. On July 2, 2019, EU nominated France’s Lagarde as the president of the ECB in a meeting held in Brussels, Belgium.
ii. Legarde was born on 1 January 1956 & served 8-years as the head of IMF since 2011. She is often regarded as “rock star of international finance”.
About ECB:
♦ Headquarters: Frankfurt, Germany
♦ Currency: Euro

i. Indian team captain for WODIs was Mithali Raj and South African team captain was Suné Luus.
ii. The 3 matches were held at Reliance Stadium, Vadodara, Gujarat.
Mithali Raj becomes the first woman in history to have an international cricket career over 20 years
Mithali Raj became the 4th cricketer and the 1st in women’s cricket to complete 20 years and 105 days in the highest form of international cricket. She also holds the record for the most number of ODIs played by a female cricketer (204).
i. She is expected to play at least until 2021 Women’s World Cup (12th Edition) in New Zealand.
ii. Sachin Tendulkar of India (22 years and 91 days), Sanath Jayasuriya of Sri Lanka (21 years and 184 days) and Javed Miandad of Pakistan (20 years and 272 days) are the other 3 cricketers having international cricket career over 20 years. 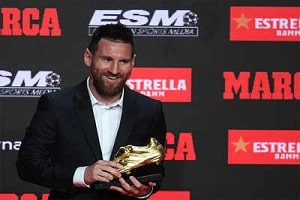 i. Kylian Mbappe of Paris Saint-Germain who is the closest challenger of Messi has 33 goals in his name in the leagues.
ii. Cristiano Ronaldo (Manchester United/ Real Madrid/Juventus clubs) has 4 golden shoes in his name and Luis Suarez (Barcelona) is one of nine players who has won 2 golden shoes.
iii. The Golden Shoe award was created in 1967 when it was won by Eusebio. It is presented in each season to the leading goalscorer in league matches from the top division of every European national league. The award is presented by European Sports Media (ESM). 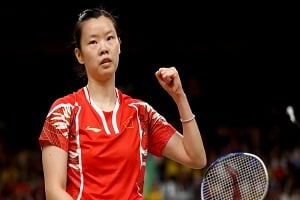 Key points:
i. Li, who was adjudged the BWF (Badminton World Federation)Female Player of the Year in 2013, came into the limelight after defeating Indian shuttlers Saina Nehwal and compatriot Liu Xin at the 2010 Badminton Asia Championships. At that time she was only 19 years old.
ii. She won the All England Championship 2012 & striked silver medals at the World Championships 2013 and 2014 editions.
iii. Li has won 14 Superseries titles and the last appearance came at the Korea Open in September 2019. 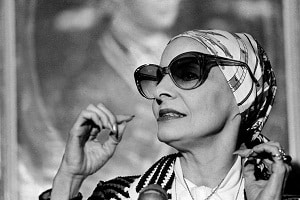 i. Born on 21 December 1920 in Havana, Alicia first appeared on stage in 1931.
ii. Being recognized by the world for the stylized beauty of her choreography, she founded the Alicia Alonso Ballet Company in the year 1948 at Havana. At age 16, she moved to the United States (US).
iii. She was the only Latin-American ever to have been recognized as a “prima ballerina assoluta, a title awarded to most notable female ballet dancers.
iv. She also received prestigious awards from the United Nations Educational, Scientific and Cultural Organization- UNESCO (Pablo Picasso Medal for her extraordinary contribution to dance in 1999) ,Spain (Gold medal from the Circulo de Bellas Artes of Madrid in 1998), and France (Grand Prix de la Ville de Paris in 1999). 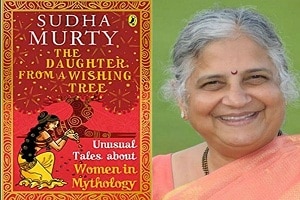 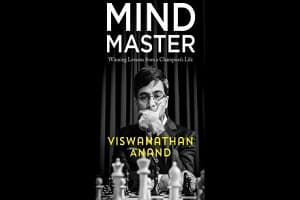