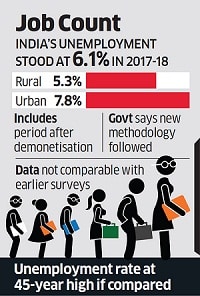 Infant Mortality rate (IMR) in India falls but the pace of change slows
According to the sample Registration system (SRS), India’s infant mortality rate declined by 9 positions from 42 in 2012 to 33 in 2017. Madhya Pradesh and Assam had the worst IMR of 47 and 44 respectively while Kerala and Tamil Nadu recorded the lowest IMR of 10 and 16 respectively.
Key highlights:
i. The rate has slowed down,  but the pace of change appears to be downshifted when compared to the five years.
ii. This is a cause of worry for India that India’s IMR is even today worse than those of South Asian neighbours, Srilanka, Bangladesh, Nepal.
iii. Among the states Odisha and Uttarpradesh showed the biggest improvement between 2012 and 2017.
iv. Neighbour countries doing worse than India were Pakistan and Myanmar which had a mortality rate of 66 and 43 respectively.
About  IMR:
Infant mortality rate (IMR) is the number of deaths per 1,000 live births of children under one year of age.

India, US, Japan and Australia for ASEAN-led architecture mechanism
India, US, Japan, and Australia came together to support ASEAN-led architecture mechanism for a rule-based order to promote free, open, prosperous and inclusive indo-pacific region in a meeting held at Bangkok, Thailand. This move is to counter China’s military expansion into the Indo-pacific region. 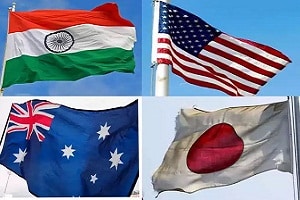 Key points:
i. ASEAN is an association of 10 countries which include – Singapore, Brunei, Malaysia, Thailand, the Philippines, Indonesia, Vietnam, Laos, Cambodia and Myanmar.
ii. India, US, Japan and Australia and several other countries are it’s dialogue partners.
iii. ASEAN region comprises of about 1.85 billion people and their GDP is estimated to be $3.8 trillion.
iv. Number of other issues were also discussed in the meeting such as connectivity, counter terrorism, and maritime cooperation for a peaceful and prosperous Indo-pacific region.
About ASEAN:
♦ ASEAN – Association of Southeast Asian Nations
♦ Headquarters – Jakarta, Indonesia
♦ Secretary general – Lim Jock Hoi
♦ Motto – one vision, one identity, one community. 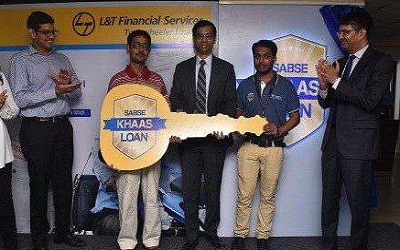 ii. This scheme provides burden-free and low-cost finance for two-wheelers eliminates the need for hypothecation of the vehicle to the financier over the tenure of the loan.
iii. This loan is for a financially forsighted customer who spends their hard-earned money smartly.
iv. Borrowers can choose 3different EMI periods– 6, 12 and 18 months with the interest rates between 7.99 percent and 8.99 percent.
About Larsen & Toubro (L&T):
♦ Founders: Henning Holck-Larsen, Soren Kristian Toubro
♦ Headquarters: Mumbai

Indian economy lost its spot as world’s fastest growing economy to China
Indian economy lost its spot as the world’s fastest-growing economy to China. As per Reuters survey, it registered 6.3% annual growth in the January-March quarter, its slowest pace in six quarters. China recorded a growth of 6.4% in the March Quarter.
Key Points:
i. Indicators like automobile sales, rail freight, petroleum product consumption, domestic air traffic and imports registered a slowdown in domestic consumption.
ii. ICRA, a rating agency notified that corporate earnings registered a growth of 10.7% during January-March quarter, it was a six-quarter low growth.
iii. As per economists, the prolonged phase of slower growth was due to stagnant rural wages, rising real interest costs for manufacturers and reluctance to lend among banks and non-bank finance firms due to high defaults.
iv. Retail inflation for the past 6 months was below 3%.
About Reuters:
♦ Headquarters: Canary Wharf, London, UK
♦ Parent Organization: Thomson Reuters Corporation
♦ CEO: James C Smith 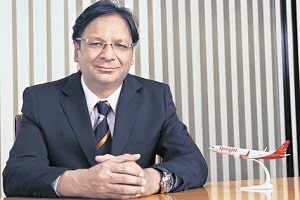 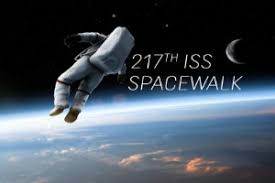 Key points:
i. The spacewalk lasted for about six hours and one minute.
ii. This is the fourth expedition in the year 2019.
iii. This spacewalk is fifth for the commander kononenko and first for ovchinin.

IIT-Madras unveiled Data Platform to Improve efficiency of Government Infrastructure Development
The Indian Institute of Technology (IIT) Madras has launched a Data Platform of ‘Integrated Database on Infrastructure Projects’ (IDIP) to improve the efficiency of Government Infrastructure Development. It will help in effective decision-making among different stakeholders involved in the infrastructure sector. The development partner for the project is Akara Research and Technologies.
Key Points:
i. It was launched on May 29, 2019 at the 15th World Conference on Transport Research (WCTR) held at IIT Bombay in a special session on Public-Private Partnership(PPP) in Indian Transport Sector by Prof G Raghuram, Director of Indian Institute of Management (IIM) Bangalore, in the presence of Prof Thillai Rajan A, IIT Madras, Prof Swapnil Garg, Associate Professor, Indian Institute of Management Indore and Co-ordinator of PPPINDIANET.
ii. Initially, IDIP’s focus will be on the road sector due to its highest allocation of funds among other projects and highest private investment through PPP.
iii. IDIP will collect data from National Highways Authority of India (NHAI) EPC (Engineering, Procurement, and Construction) projects and other sources to cover projects undertaken by State and National governments along with their PPP.
iv. The collected data will create visual analytics and data points to facilitate ease of decision-making to track progress and monitor the projects.
v. Along with Road Sector, it will be gradually applied to Railways, Ports and Airports, Power, Transmission, Water Supply, Sanitation, and Solid Waste management.
About IIT-Madras:
♦ Motto: Success is born out of action
♦ Established: 1959
♦ Chairman: Pawan Kumar Goenka

AYUSH Ministry launches an app to help people locate yoga centers, instructors
Ahead of International yoga day celebrated on June 21, the ministry of AYUSH has launched “yoga locator” –  an app to locate yoga events and centers providing training and instructor within the users range. This app is a map-based application which allows the instructor to register themselves and reach out to users. 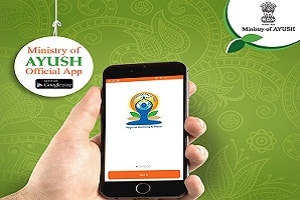 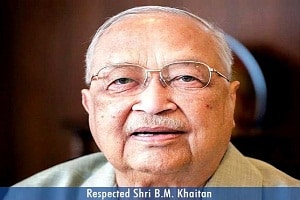 World milk day observed on June 1
i. Annually, on June 1, the world celebrates Global Milk Day in a bid to spread awareness about the consumption of Milk and the benefits of its nutrition. 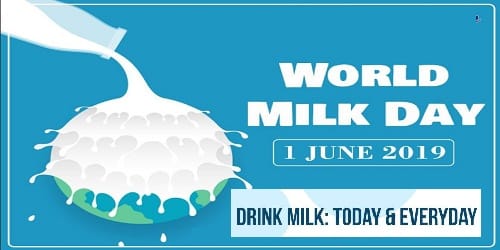 ii. The theme for World Milk Day 2019 is “Drink Milk: Today & Everyday”.
iii. The theme intended to educate people about the importance of milk in our life and society.
iv. Since 2001, the Food and Agriculture Organisation (FAO) selected this date for the Global Milk Day to celebrate the role of the dairy sector to economic development, livelihoods, and nutrition.

Punjab to ban Online Food Delivery without Hygiene Rating
Punjab has announced that it is going to ban online food delivery without hygiene ratings. This was announced by the health minister Brahm Mohindra under Tandarust Punjab mission. A timeline of 3 months has been provided for compliance after which no online food will be delivered without hygiene ratings. The hygiene ratings will be provided as per the Food Safety and Standards Authority of India (FSSAI) guidelines.
About Punjab:
♦ Capital – Chandigarh
♦ Chief Minister – Amarinder Singh
♦ Governor – V P Singh Badnore

Telangana state formation day observed on June 2
Telangana Formation Day is observed annually on June 2 to mark the official formation of the state after its bifurcation from Andhra Pradesh in 2014. It is the youngest state of India. This year marks the fifth Telangana State Formation Day.
i. A number of cultural events, sports, and social events lined up in the state as part of the celebration. It became the 29th state of the country after the Andhra Pradesh Reorganisation Act was passed in the Parliament. Telangana Rashtra Samithi (TRS) chief K Chandrashekar Rao was elected as the first Chief Minister of the state.
ii. Telangana is bordered by the states of Maharashtra to the north, Chhattisgarh to the east, Karnataka to the west, and Andhra Pradesh to the east and south.
About Telangana:
♦ Founded on: 2 June 2014
♦ Capital: Hyderabad
♦ Chief  Minister: K.Chandrashekar Rao
♦ National Parks: Kasu Brahmananda Reddy National Park, Mahavir Harina Vanasthali National Park, Mrugavani National Park