Road transport and highways ministry exempts armed force’s armoured, specialised vehicles from BS-VI emission norms.
Emission norms of armoured and specialized vehicles of the armed and paramilitary forces will be exempted from BS-VI (Bharat Stage emission standard) from April 1, 2020, onwards as announced by the ministry of road transport and highways.
Key points
i. These vehicles are exempted from BS-VI compliance also.
ii. Earlier vehicles used for government purposes were exempted from BS-IV norms in 2017.
iii. In 2018, again the government issued a notice that the specialised vehicles used for law and order maintenance purpose be exempted from BS-IV norms till December 31, 2019.
Reason for exemption
The exemptions are granted to these vehicles because they travel mostly in remote areas only in most challenging operations as well as environments.
i. As special engines are required for high-security operations and requirements, engines suitable for the specialised vehicles will require considerable time.

Hoverboard inventor Franky Zapata crosses English Channel in his second attempt
40-year-old Jet powered hoverboard inventor and former jet ski champion Franky Zapata of France, crossed the English Channel for the first time within 10days after his first failed attempt. He started his 22-mile journey at 7:15 am from Sangatte, Northern France and landed at Saint Margaret’s bay in Dover in around 25 minutes. 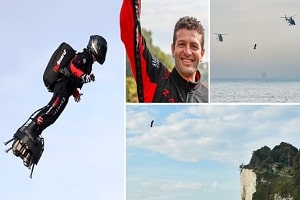 Previous attempt
Franky Zapata made his first attempt to cross the English Channel on 25th July but failed as he fell into the water half-way when he tried to land on a boat for refueling.
i. Mr. Zapata received widespread attention following the annual Bastille Day parade in Paris on 14th July, as he took part in a military display on his futuristic flyboard (hoverboard).
ii. The attempt took place exactly 110 years since Louis Blériot made the first powered flight across the Channel in 1909.
Hoverboard
i. It is half the size of a skateboard and has 5 small jet engines.
ii. It is fuelled by kerosene and is kept in the backpack of the rider.
About English Channel
It is also called a channel. It is the busiest shipping areas in the world and it separates Southern England from Northern France and link the southern part of the North Sea to the Atlantic Ocean.
The first person to cross the English Channel by swimming was Captain Matthew Webb in 1875 (in 21hours 45min).
Location- between Celtic Sea and North Sea.

RBI imposes fine on 9 commercial Banks for non-compliance relating to reporting of frauds
On August 3,2019, India’s central banking institution RBI(Reserve Bank of India) in exercise of the powers conferred under various sections of the Banking Regulations Act,1949 has imposed a penalty on nine commercial banks for violations of norms including delay on the reporting of fraud in the account of Kingfisher Airlines by two banks (PNB,OBC)……………………..Click here to Read more
i. Here is the detailed table report of banks & the amounts of fine imposed by RBI.

Reserve Bank tightens fit and proper guidelines for the position of elected directors on the board of PSBs
On August 2,2019, To keep out political appointees, the Reserve Bank of India (RBI) has released a new master direction called ‘Fit and Proper’ Criteria for Elected Directors on the Boards of PSBs(Public Sector Banks)) Directions, 2019 to determine ‘fit and proper’ status of person to be eligible to be elected as a director . These Directions are applicable to all PSBs &separate norms for private banks and Non-Banking Financial Companies (NBFCs) will be issued soon.
Key points:
Fit and proper direction 2019:
i. NRC: RBI requires all PSBs (State Bank of India and nationalized banks) to have a nomination and remuneration committee (NRC) with at least three non-executive directors (half should be independent and include at least one member from the risk management committee) from amongst the board of directors.
Directors nominated by the Government under Section 19(f) of the SBI Act/Section 9(3)(c) of the Banking Companies (Acquisition and Transfer of Undertakings) Act, 1970/1980 should not be part of the Committee.
ii. Eligibility: The new rule requires that the candidate (He/She), who wants to become an elected director should at least be a graduate aged between 35-67 years with the special knowledge or practical experience in areas of banks. He/she should not be a member of Parliament, state legislature, municipal corporation, municipality, or other local bodies can hold office for three years and eligible for re-election & Maximum tenure for them pegged at six years whether served continuously/intermittently.
iii. Shareholders of PSBs allowed electing 2-3 directors, depending on the level of public shareholding.
iv. Omission: The new rules bar the person, who is board members of the RBI or any bank, financial institution, insurance company or bank holding company. candidates who are in line with the business of stock broking hire purchasing, financing, money lending, investment, leasing or para banking activity are also exempted.
About RBI:
Governor: Shaktikanta Das
Headquarters: Mumbai
Founded: 1 April 1935 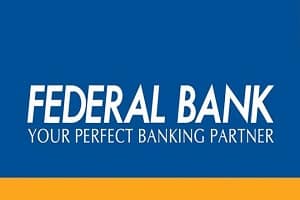 Key points
i. The Demat account can be opened by the customers in a matter of a minute by logging into FedNet which is the federal bank’s internet banking portal.
ii. The account can be opened any time as it is available 24*7 hours and no paperwork is needed to open the account.
iii. Doorstep service for opening trading accounts is also equipped by the federal bank.
Other facilities of NSDL and federal bank
i. Banks can disburse the loans against securities through LAS (Loan Against Securities) facility
ii. Contribution to Army Welfare Fund was announced by Shyam Srinivasan where an amount equal to the no. Of online transaction done by bank in March will be donated (Rs.42,02,874 has been contributed which is three fourth of bank’s transaction).

Walmart tops Euromonitor’s 2019 list of India’s top retailers
As per the latest report “Top 100 Retailers in Asia 2019” by market research firm, Euromonitor International, Walmart Inc which acquired Flipkart in 2018($16 Bn deal) has topped the rankings in India for 2018 with Gross Merchandise Volume(GMV) of $14. 49 Bn. Amazon(US) came on the second spot with $9.8 Bn GMV followed by Mumbai based retail company Future Group with $3.8Bn GMV(3rd position) and Reliance Group(4th  position ) with $3.6 Bn GMV. 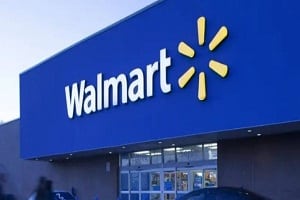 Noel Quinn named as the new HSBC’s interim CEO
HSBC bank announced that the Chief Executive Officer (CEO) of HSBC John Flint steps down from his post after 1.5years and is to be replaced by NoelQuinn, head of HSBC’s global commercial banking unit, as the new interim CEO. 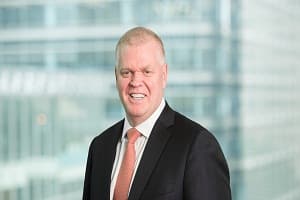 Key points
i. The replacement of the CEO has been made to meet the challenges.
ii. The lender bank also announced buyback of $1 Billion.
About HSBC
HSBC was ranked 7th largest bank in the world in 2018 and the largest in Europe.
Headquarters- London, UK.

The acquisition announcement was made by Fynd’s co-founder Harsh Shah.
Key points
i. Reliance industries will now own 87.6% stake in Fynd.
ii. The acquisition has been made at a cost of 295 crore Indian rupees( $42.33 million).
About Reliance Industries ltd
CEO- Mukesh Ambani
Founder- Dhirubhai Ambani.
Headquarters- Mumbai. 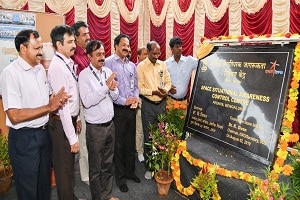 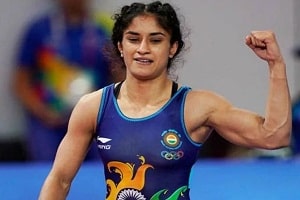 WWE star Dwayne ‘The Rock’ Johnson officially announces his retirement from wrestling
An American actor, producer, and a professional wrestler, Dwayne Johnson(47), popularly known by his ring name “The Rock” has officially announced his retirement from World Wrestling Entertainment (WWE) while he did not rule out the possibility of a comeback in future. 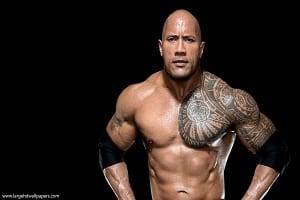 Key points:
i. This is for the 1st time that the professional wrestler declared retiring from the sport.
ii. Dwayne spent in the WWE for 8 years prior to pursuing an acting career.
iii. He was also named the highest-paid actor for the year 2019 by Forbes magazine.
iv. Dwayne played his last match at the WrestleMania 32 in 2016 where he had defeated one half of the Wyatt Brothers, Erick Rowan. 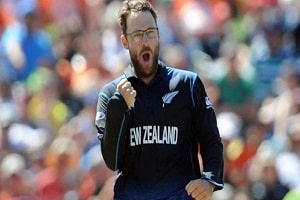 i. Vettori has played over 291 ODI (One day international) matches and 113 Tests for New Zealand,  in which he picked up 362 wickets and amassed 4,531 runs with the bat, including six centuries and 23 half-centuries.
New Zealand
Capital- Wellington
Prime minister- Jacinda Ardern
Continent- Oceania
Currency- New Zealand dollar. 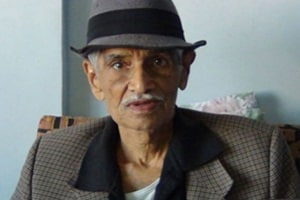 i. Born on July 15, 1931 in Sachra village in erstwhile Bhavnagar state of Gujarat, he had joined journalism in 1966 in Mumbai.
ii. He worked as a journalist, writer, columnist, and editor in various Gujarati publications like Chitralekha, Mumbai Samachar, Janshakti, Sandesh, Yuva Darshan, Jansatta, Vyapar and Abhiyan. 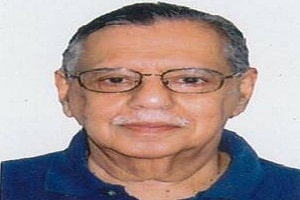 Key points
i. He was a cricket commentator for All India Radio (AIR) in Ranji Trophy, BCCI (Board of Control for Cricket in India) tournaments and also for some test matches from the mid-1960s13 to 1980s.
ii. He shared the mike with former test opener and ex-selection panel Chief Vijay Merchant on AIR
iii. His last rites would take place at Worli crematorium,Mumbai.
About AIR
founded- 1930
Motto- Bahujanahitaya Bahujanahitaya
Owner- Prasar Bharati
Headquarters- New Delhi.