On August 5, 2019, Government announced to repeal Article 370 [except the first clause 370 (1)] and Article 35A which grants special status to Jammu and Kashmir (J&K). Union Home Minister Amit Shah announced to bifurcate the state into 2 Union Territories – Jammu and Kashmir, which will have a legislature like Delhi and Puducherry, and Ladakh, which will be without a legislature like Chandigarh. 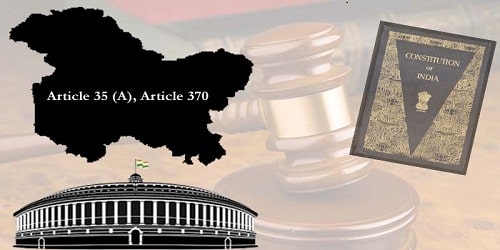 About Constitution (Application to Jammu and Kashmir) Order, 1954:
It came into force on 14 May 1954. It was a comprehensive order seeking to implement the 1952 Delhi Agreement. The provisions of Delhi Agreement were: Indian citizenship was extended to the ‘permanent residents’ of Jammu and Kashmir, infusion of Article 35A, extension of the fundamental rights of the Indian constitution to J&K, extension of the jurisdiction of the Supreme Court and Central Government was given power to declare a national emergency in the event of external aggression