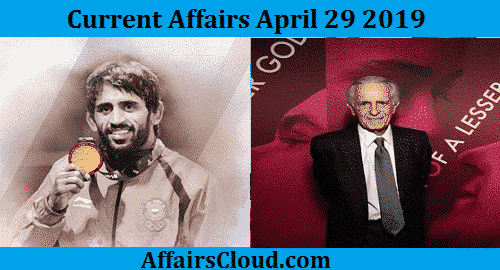 2019 Global Food Policy report: Rural revitalisation key to eco growth
On 27th April 2019, according to the 2019 Global Food Policy Report (GFPR), rural areas continue to be in a state of crisis and threatening to slow the progress toward the Sustainable Development Goals, global climate targets, and improved food and nutrition security due to hunger, malnutrition, poverty, environmental degradation. 821 mn people in the world are facing chronic food deprivation.
Key points:
i. The report was prepared by the Washington DC-based International Food Policy Research Institute (IFPRI).
ii. Rural transformation and revitalization have been the pre-eminent goal of India’s development efforts since independence, according to the report.
iii. It also points out the changing consumption patterns due to urbanization, increasing income, growing integration of food supply chains and food systems in India which offer new opportunities for entrepreneurship and employment in rural areas. 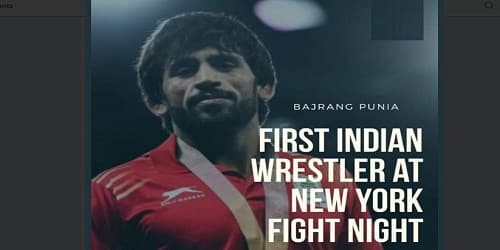 Key Points:
i. He won the gold medal at the 65kg men’s freestyle wrestling at the recent Asian Championships.
ii. He is the first Indian wrestler to be invited by the American governing body and will take part in the “Grapple at the Garden — Beat the Streets” fight night, which will be held on 6th May 2019.
iii. He also won eight gold medals from his previous nine international tournaments including last year’s Commonwealth and Asian Games and presently holds World No.1 title in the 65-kg weight category.

GIA confers Gaganjeet Bhullar for ‘Outstanding Achievement as a player 2019’
On 26th April 2019, Indian Professional Golfer, Gaganjeet Bhullar has been awarded outstanding achievement as a player award at the 4th Edition of the annual India Golf Industry Association (GIA) award for the year 2019 at the Delhi Golf Club. The GIA awards were held along with 8th edition of South Asia’s largest trade show, India Golf & Turf Expo (IGTE).31-year-old Bhullar was awarded Arjuna Award in 2013. 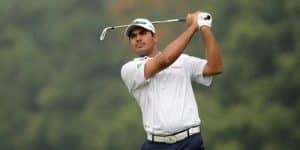 IIT Madras team develops easy OCR system for reading documents in Bharati script containing nine Indian languages
The research team from IIT Madras has used a multi-lingual Optical Character Recognition (OCR) scheme to develop a method for reading documents in Bharati script. The researchers have also developed a finger-spelling method that can be used by hearing-impaired persons to generate sign language, in collaboration with TCS Mumbai.
Key Points:
i. The Bharati script is a conglomeration of 9 Indian languages, namely, Devnagari, Bengali, Gurmukhi, Gujarati, Oriya, Telugu, Kannada, Malayalam and Tamil. In the last 10 years, Professor V. Srinivasa Chakravarthy’s research team at IIT Madras has worked on developing this script.
ii. The OCR scheme first segments the document into 2 parts, text and non-text. After this, the text is separated into paragraphs, sentences words and letters, where every letter is recognised as a character in ASCII (American Standard Code for Information Interchange) or Unicode. The letter again has several components, namely, the basic consonant, consonant modifiers, vowels.
iii. The objective of this initiative was to introduce easy readability of the Indian languages. The scripts of the aforementioned Indian languages pose a hindrance for character recognition and this difficulty is removed in the Bharati script which can be easily read.
iv. The future prospects of IIT Madras’ collaboration with Sunil Kopparappu of Innovation Labs, TCS, Mumbai lies in developing a new Braille system with the Bharati script for the visually and hearing-challenged population.

Scientists developed Ultrasensitive Quantum Thermometer
On 27th April 2019, Researchers at Jamia Millia Islamia, New Delhi, have developed an ultrasensitive quantum thermometer by using graphene quantum dots. It can precisely measure a wide range of temperature from 27 degree C to –196 degree C.
Key Points:
i. It has high sensitivity in different temperatures and can measure every little (micro Kelvin) changes in temperature and has an extremely quick response time of just about 300 milliseconds.
ii. The team led by Saikh S. Islam, Director of the Centre for Nanoscience and Nanotechnology developed the thermometer.
iii. The results of the study were published in the journal Nanoscale Advances.
iv. The thermometer will be useful in the pharmaceutical industry, healthcare, and the automobile industry.

Asian Wrestling Championship 2019
The Asian Wrestling Championship 2019 was held in Xi’an, China from April 23 to April 28, 2019. India won 16 medals which include 1 gold, 3 silver and 4 bronze by men’s freestyle wrestlers, 3 silver and 1 bronze by men’s Greco-Roman wrestlers and 4 bronze won by women’s freestyle wrestlers. India ranked 8th place in the tournament and the first three countries ranked in the tournament were Iran followed by China and Japan
i. A 25-year old Bajrang Punia, from Haryana defeated Kazakhstan’s Sayatbek Okassov by 12-7 in 65 kg men’s free style…………………………….Click here to Read more
Top 5 Countries in Medal Tally

Highlights
i. Japan won 6 medals which include 3 gold, 1 silver and 2 bronze medal and topped the medal tally.
ii. Akane Yamaguchi became first Japanese woman to win singles title at Badminton Asia Championship after defeating China’s He Bingjiao by 21-19, 21-9 in the final. This was her 11th title of the career and the second title of this year.

67th  Barcelona Open Banco Sabadell 2019
The Barcelona Open 2019, also known as TorneoGodo, TrofeoConde de Godó, and Open Banc Sabadell, was a men’s tennis tournament held in clay courts Real Club de Tenis Barcelona tennis club in Barcelona, Catalonia, Spain from April 22 through April 28, 2019. Initiated in 1953, the event of 2019 was the 67th edition. It is sponsored by Banc Sabadell, a banking group in Spain. It is Spain’s second most important tournament on the Association of Tennis Professionals (ATP) Tour after the Madrid Open with prize money of €26,09,135.
Highlights:
Men’s Singles:
i. On 28th April 2019, Austrian Player Dominic Thiem, ATP ranking of world No. 4, defeated Russia’s Daniil Medvedev, world number 14, with a 6-4 6-0 victory in one hour 13 minutes clash.
ii. It was his first Barcelona Open Title and he is the first Austrian to win the title since Thomas Muster in 1996.
Men’s Doubles:
i. Juan Sebastian Cabal and Robert Farah, from Colombia, defeated Jamie Murray(UK) and Bruno Soares(Brazil) to clinch their 12th ATP Tour doubles title as a team with a 6-4, 7-6(4) victory.
ii. Cabal and Farah acquired 500 ATP Doubles Ranking points each and a share of €169,300 and Murray and Soares collected 300 points and a split of €82,880.
About Banco Sabadell:
♦ Headquarters: Alicante, Spain
♦ Founded: 31 December 1881, Sabadell, Spain
♦ CEO: Jaime Guardiola Romojaro (27 Sep 2007–) 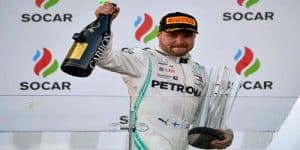 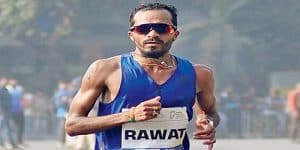 On 28th April 2019, Indian marathon runner, Nitendra Singh Rawat finished 27th in 2 hours 15 minutes and 59 seconds in the men’s Elite race of prestigious Virgin Money London Marathon 2019 at London, UK which was won by Eliud Kipchoge of Kenya for record fourth time.
i. This was the fourth fastest in his career and his second fastest time in this season.
ii. The 32-year-old Rawat has qualified for the World Championships to be held in Doha in September-October. 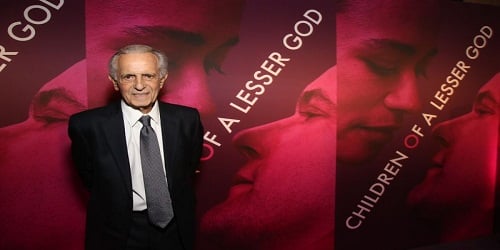 Key Points:
i. He was born on 18th March 1940 in Mount Carmel, Illinois, United States.
ii.‘Children of a Lesser God’ won the 1980 Tony award for Best Play which was about the tale of a love affair between a speech teacher and a deaf woman who struggle to overcome the communications gap.
iii. He wrote 30 plays and wrote, produced or directed 19 movies and was the co-founder of the American Southwest Theatre Company and head of the Department of Theatre Arts for nine years at New Mexico State University.
iv. The plays “The Wager,” ”The Hand of Its Enemy,” ”The Heart Outright,” ”The Majestic Kid” and the screenplay for the HBO movie thriller “Apology” were the other Medoff’s work.

Former India’s ace footballer ‘Asian Pele’, Pungam Kannan passed away
Pungam Kannan, former India’s ace footballer  passed away at the age of 80 after suffering from prolonged illness. He was also facing huge financial crisis before his death.
Key points:
i. P. Kannan was born in Vandavasi, Tamil Nadu.
ii.The esteemed German coach, Dettmar Cramer had given Kannan the title of ‘Pele of Asia’ in 1968 when he was invited by the AIFF (All India Football Federation) to conduct 2-week coaching in Mumbai.
iii. The ace footballer played 14 matches for India, represented Universal RC for 4 years in the Chennai Football Association (CFA) senior division league.
iv. Kannan was part of Mohun Bagan (8 years) as well as East Bengal (2 years) and won the Santosh Trophy for West Bengal two times simultaneously from 1971 to73 and also turned out to be the top-scorer.
v. He represented India at the 1966 Bangkok Asian Games and the 1968 Merdeka Cup before leaving the pitch in 1982.
vi. Kannan also worked for Hindustan Aeronautics Limited (HAL) and Southern Railway but did not get any pension from the companies during his financially turbulent times. 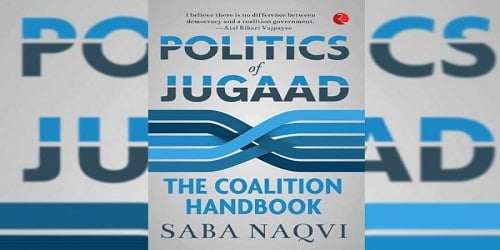 i. The book discusses the nature of transformation in Indian political parties and their role in present times.
ii. The author, Saba Naqvi is a well-known journalist and political analyst in India. She has authored other books, namely, ‘In Good Faith’ (2012), ‘Capital Conquest’ (2015), and ‘Shades of Saffron’ (2018). 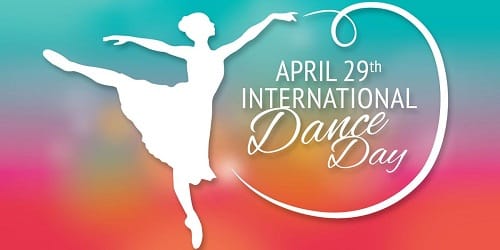 i. Jean Georges Noverre‘s birthday was chosen as the date of World dance day. He is a French dancer and ballet master and a great reformer of dance who born in 1727.
ii. This Day was established in 1982 by Dance Committee of the International Theatre Institute (ITI) which is the main partner of the performing arts of UNESCO. ITI also selects an outstanding personality from the world of dance to be the Message Author for the event. This year Karima Mansour of Egypt was selected as the Message Author.
She is a dancer, choreographer & educator.