The Asian Wrestling Championship 2019 was held in Xi’an, China from April 23 to April 28, 2019. India won 16 medals which include 1 gold, 3 silver and 4 bronze by men’s freestyle wrestlers, 3 silver and 1 bronze by men’s Greco-Roman wrestlers and 4 bronze won by women’s freestyle wrestlers. India ranked 8th place in the tournament and the first three countries ranked in the tournament were Iran followed by China and Japan. 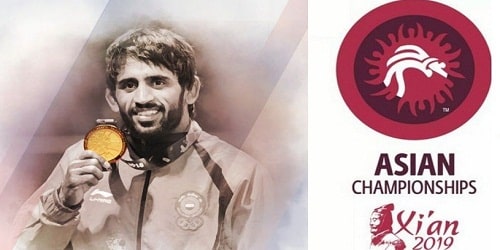