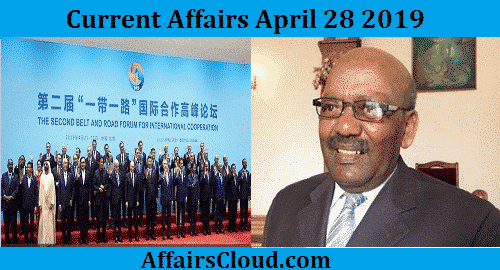 China hosted 2nd Belt and Road Forum in Beijing
The second edition of Belt and Road Forum (BRF) was held in Beijing, China from April 25th to April 27th, 2019 in which 37 heads-of-state had participated along with United Nations Secretary-General Antonio Guterres and International Monetary Chief (IMF) Christine Lagarde. The theme of this event was “Belt and Road Cooperation: Shaping a Brighter Shared Future”. 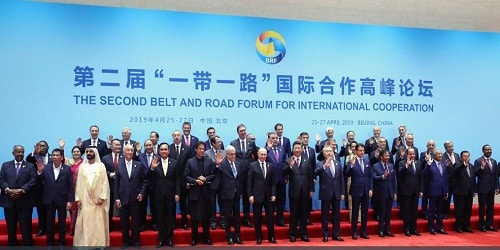 i.The Belt and Road Forum is a part of the Belt and Road Initiative (BRI). The idea of BRI was first proposed by Chinese President Xi Jinping in 2013.
About China
♦ Capital: Beijing
♦ Currency: Renminbi Key Highlights
i. The bench was hearing a contempt petition filed by RTI activists Subhash Chandra Agarwal and Girish Mittal against the Reserve Bank of India.
ii. According to the petitioners, they had asked copies of RBI’s inspection reports of ICICI Bank, Axis Bank, HDFC Bank, and SBI between April 2011 and December 2015 but the central bank rejected to provide this information by stating that it is exempted under section 8(1)(e) of the RTI Act and section 45NB of the Reserve Bank of India Act, 1934.
About RBI
♦ Headquarter: Mumbai
♦ Governor: Shaktikanta Das
♦ Slogan of RBI: Developing Banking Key Points:
i. Total Four life insurance products of Canara HSBC OBC Life would be made available to its customers with various facilities like key needs of child future, savings, and investments, retirement planning and protection.
ii. Through this Webassurance, the bank will be able to service the protection needs of its younger and net-savvy customers.
iii. This Life Insurance is jointly owned by Canara Bank (51 percent) and Oriental Bank of Commerce (23 percent) and HSBC Insurance Holdings (26 percent), the Asian insurance arm of HSBC.
About Canara Bank
♦ Headquarters: Bangalore, Karnataka
♦ Chairman: Shri. T.N. Manoharan
♦ Tagline: Together we can

Economist Intelligence Unit set to bring down India’s growth outlook for 2019-20
Economist Intelligence Unit (EIU) in its report said that in 2019-20 India’s economy will grow below its potential due to a generally weaker global economy and structural challenges such as high unemployment. EIU will make a downward revision to its current forecast of 7.2 percent.
Key Highlights
i. Recently, the Asian Development Bank (ADB) and RBI have downgraded India’s growth forecast for 2019-20 to 7.2 percent from 7.4 percent.
ii. IMF in its report “World Economic Outlook” downgraded India’s growth forecast for 2019-20 to 7.3 percent.
About EIU
♦ Headquarter: London, United Kingdom

Govt. forms committee to examine the introduction of e-invoices under GST
On 28th April 2019, the government of India has formed a 13-member committee having representatives from GST Network (GSTN), central and state governments to examine the electronic tax invoice system of various countries like South Korea, Latin America and suggest a model for India.
Key Points:
i. The introduction of electronic invoices (e-invoices)  through the Goods and Services Tax (GST) portal which will help the indirect tax system and keep a check on tax evasion.
ii. For the e-invoices system, the committee will examine and suggest the target taxpayers and the threshold limit.
iii. The committee will look at a centralized system of e-invoices, which will give automatic access to authorities to invoices
iv. It will also discuss whether a system of e-invoices would help in dispensing the requirement of e-way bill or modification of the e-way bill or even combine both the options of e-invoice and e-way bill.
v. The e-invoice system will replace the requirement of the generation of e-way bill for movement of goods. At present, the e-way bill is required for moving goods exceeding Rs. 50,000.

Ex-South Africa all-rounder Jacques Kallis receives Ikhamanga Award 2019
On 25th April 2019,  Former South African cricketer, Jacques Kallis has been honoured with the Order of Ikhamanga in the Silver Division  for his contribution to cricket and for putting South Africa on the global sporting map by, Cyril Ramaphosa, President of South Africa during the National Orders ceremony at the Sefako Makgatho Presidential Guest House in Pretoria, South Africa. 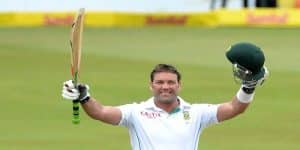 UN: Humans Put 1 Million Species at Risk of Extinction
According to a draft United Nations report, which is to be published on 6 May 2019 in Agence France-Presse (AFP), up to one million world species are at risk of extinction due to human activity. The 44-page draft report has summarized 1,800-page U.N. assessment of scientific literature on the state of nature. On 29th April 2019, it will vet in a 130 nations meeting in Paris, France.
Key Points in the Report:
i. Causes for mass extinction event: shrinking habitat,land-use change, hunting for food or illicit trade in body parts, climate change, pollution, and alien species such as rats, mosquitoes, and snakes that hitch rides on ships or planes.
ii. Nearly 75% of Land, 40% of the marine ecosystem and 50% of inland waterways have been severely altered.
iii. Almost half of land and marine ecosystems have been profoundly compromised due to unethical interference by the human in the last 50 years.
iv. More than 75 percent of global food crops necessitate animal pollination and More than two billion people rely on wood fuel for energy, four billion rely on natural medicines.
v. Subsidies to fisheries, industrial agriculture, livestock raising, forestry, mining and the production of biofuel or fossil fuel energy boost the intensity and frequency of waste production, inefficiency, and over-consumption.
vi. The report cautioned against climate change solutions that may accidentally harm nature.
About AFP:
♦ Headquarters: Paris, France
♦ Founder: Charles-Louis Havas
♦ Founded: 1835, Paris, France
♦ CEO: Fabrice Fries 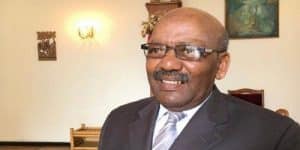 Key Points:
i. He was born on 8th September 1943 in Dembidolo, Ethiopian Empire.
ii. He was the president between 1995 and 2001 and was the first head of state after Ethiopia adopted a new constitution transforming country into a federal state.
iii. In 2015, He was elected to parliament as an independent but then joined the opposition three years later.
iv. Also in 2017, he was rehabilitated by the ruling Ethiopian People’s Revolutionary Democratic Front (EPRDF) and was appointed an advisor. 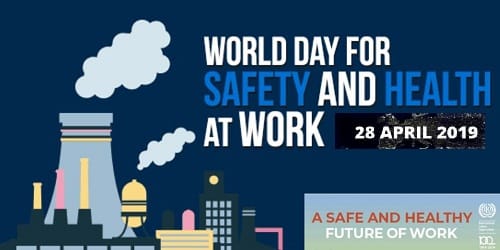 i. Initiated in 2003, the day enhances the occupational safety and health, and looks to the future for continuing these efforts through major changes such as technology, demographics, sustainable development including climate change and changes in work organization.
About ILO:
♦ Headquarters: Geneva, Switzerland
♦ Head: Guy Ryder
♦ Founder: Paris Peace Conference, 1919
♦ Formation: 29 October 1919