We are here for you to provide the important Recent and Latest Current Affairs 4 & 5 April 2021, which have unique updates of Latest Current Affairs 2021 events from all newspapers such as The Hindu, The Economic Times, PIB, Times of India, PTI, Indian Express, Business Standard and all Government official websites.

PM-KUSUM
It was launched by the Ministry of New and Renewable Energy (MNRE) in 2019. i.Objective – It was launched with the objective of providing financial and water security.
ii.Target – To add solar and other renewable capacities of 25, 750 MW by 2022 with Financial support of INR 34, 422 Crores.
About Rajasthan:
Chief Minister – Ashok Gehlot
Capital – Jaipur
>>Read Full News 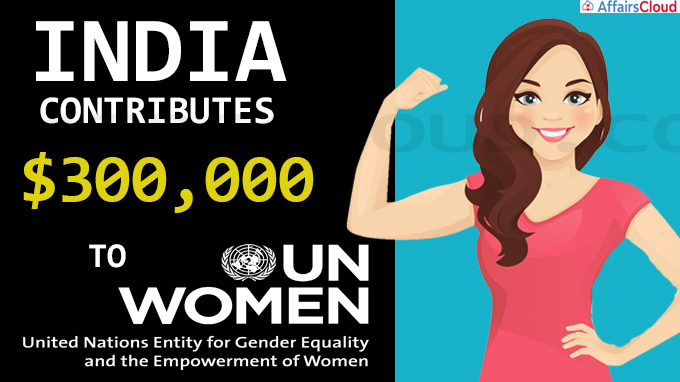 T.S. Tirumurti, India’s Permanent Secretary to the United Nations (UN) stated that India has contributed USD 300, 000 (~ INR 2.2 Crores) to the UN Entity for Gender Equality and the Empowerment of Women (also known as UN Women).

India has been working for Women Empowerment at the Global Stage, WTO revised its Global Trade Projection for 2021 to 8% On March 31, 2021, the World Trade Organisation(WTO), the multilateral trade body in its Trade forecast, revised its global merchandise trade volume growth for 2021 to 8% from the earlier forecast of 7.2% in October 2020.
Key points about the Forecast:

On 25th March 2021, Food and Agriculture Organization of the United Nations (FAO) in association with Fund for the Development of Indigenous Peoples of Latin America and the Caribbean (FILAC) has released a report titled “Forest Governance by Indigenous and Tribal Peoples” Following the rise in cyber-security breaches at Indian tech startups over the last few months, the Reserve Bank of India (RBI) has tightened its supervision norms over Payment companies that are storing customer data.

What is Compliance Certificate?

A certificate of compliance is a written document that states the fulfillment of a given requirement. It is a formal certification that declares that an individual or company met a set of conditions.

About The Department of Payment and Settlement Systems(DPSS): 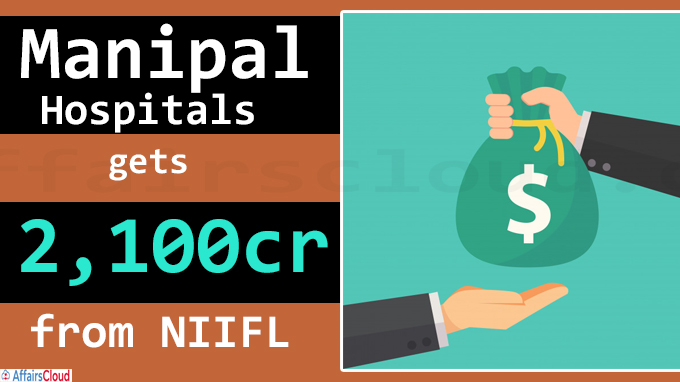 On April 1, 2021, The National Investment & Infrastructure Fund Ltd (NIIFL) made its first investment in the Indian healthcare sector by its investment of ₹2,100 crores in Manipal Hospitals through its direct private equity fund, Strategic Opportunities Fund(SOF).
Key points: PayPal Holdings Inc has started allowing United States(U.S.) consumers to use their cryptocurrency holdings to pay its online merchants globally.

India’s Fiscal Deficit for FY21(April-February) was about 76% of RE : CGA

About Controller General of Accounts (CGA): i.On 2nd April 2021, M Venkaiah Naidu, Vice President of India presented the Kalinga Ratna Samman for the year 2021 to Biswabhusan Harichandan, governor of Andhra Pradesh(AP) to recognise his contribution to literature.
ii.The award was presented during the 600th Birth Anniversary celebrations of Adi Kabi Sarala Das and the 40th Annual Day of Sarala Sahitya Sansad at the Sarala Bhawan, Cuttack.
About the Kalinga Ratna Samman:
i.Kalinga Ratna Samman is an annual award instituted by the Sarala Sahitya Sansad in 2007.
ii.The award recognises the person of Odisha who has contributed to any field at the national or international level.
iii.The award carries a silver idol of Goddess Saraswati, a copper plaque and a shawl.
About Sarala Sahitya Sansad
President – Sri Sahadeva Sahoo, IAS (Retd.)
Head Quarter – Bhubaneswar, Odisha
>>Read Full News YES Bank bought the Reliance Centre of Reliance Infrastructure Limited (RInfra) at Santacruz, Mumbai, Maharashtra for Rs.1200 crores. This sale of the office building of 21432.28 square meter plot in Santacruz is utilised to repay the debt of YES Bank.
Background:
i.Under the Securitisation and Reconstruction of Financial Assets and Enforcement of Security Interest (SARFAESI) Act 2002, The YES bank has issued the demand notice to Reliance Infrastructure Ltd on 6th May 2020, for non-payment of loans amounting to Rs. 2,892 crore.
ii.In July 2020, the YES Bank took over the possession of the Reliance Centre at Santacruz which served as the headquarters of the Anil Ambani’s Group.
iii.Both YES Bank and RInfra have agreed to formalise this into a sale deal.
Additional info:
i.The sale of the assets by RInfra is a part of its aim to become debt free in 2021.
ii.In the past 3 months, the company has made similar deals like, 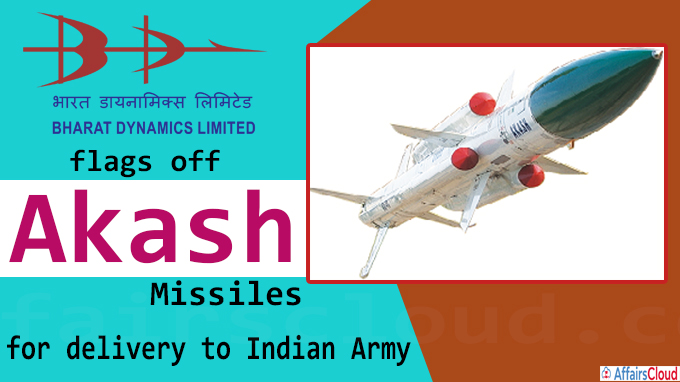 Researchers Dr Pramod R Lawand and Dr Vinod B Shimpale discovered a new species of flowering plants belonging to the genus “Argyreia”, in Western Ghats at Kolhapur district, Maharashtra.The species is named as “Argyreia Sharadchandraji” to honour SharadPawar, former Union Agriculture Minister of India.
i.Their findings were listed in the research paper “Argyreiasharadchandraji (Convolvulaceae),a new species from the Western Ghats, India” in the Journal of the Indian Association for Angiosperm Taxonomy.
ii.The Ecologically sensitive zone, Western Ghats, adds up another discovery of rare species for the 1st time in India.
About Argyreia genus: 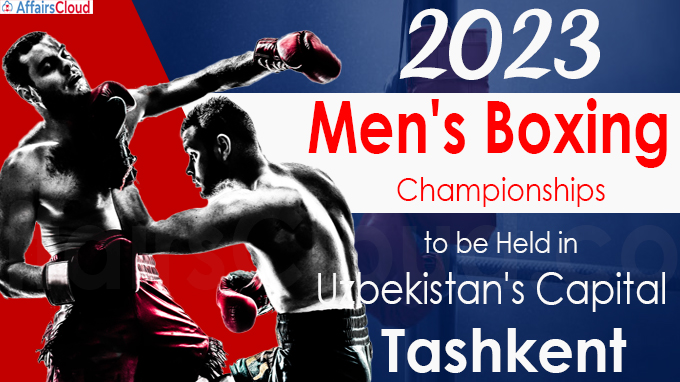 About the book:
i.The book is the narration of SK Joshi about the administration, public policy and governance in India.
ii.The book covers a range of topics from ‘laughter, the best medicine’ to ‘the relevance of swadeshi in modern perspective’.
About SK Joshi:
i.DrShailendra Kumar Joshi is a 1984 batch IAS Officer, who hails from Bareilly, Uttar Pradesh.
ii.He has served as the secretary, principal secretary and special chief secretary and handled the departments of Information Technology, Irrigation and Command Area Development, Municipal Administration and Urban Development among others.
iii.He has also served as the Vice-Chairman of the joint implementation mechanism of the Kyoto Protocol in Bonn, Germany.
Other Books: 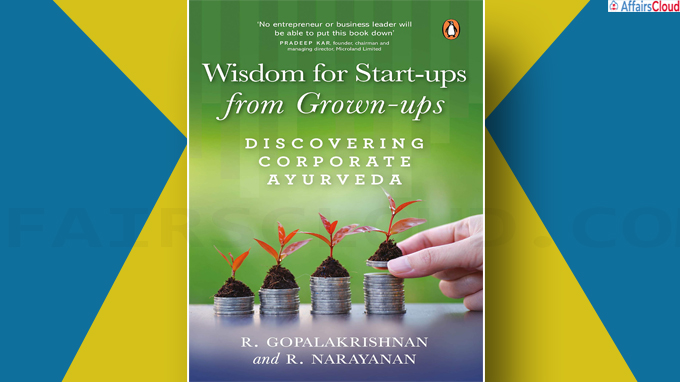 The book titled ‘Wisdom For Start-ups From Grownups: Discovering Corporate Ayurveda’ authored by corporate leaders R Gopalakrishnan and R Narayanan was inspired by the Secrets of shinise, Japanese companies dating back to the samurai era (long-lived companies in Japan).
The book is published by Penguin Random House India.
About the book:
i.This book is a collaborative effort of R Gopalakrishnan and R Narayanan to offer the wisdom of grownup to the startups, presented in the form of all important lessons.
ii.The book is divided into 2 sections which are focused on Startups and grownups.
iii.The book also narrates the stories of 9 startups and explores the motivations among the entrepreneurs.
About the authors:
R Gopalakrishnan:
i.RGopalakrishnan is presently the non-executive chairman of Castrol India and an independent director of Hemas holding PLC, Sri Lanka.
ii.He has served as the Vice-Chairman of Hindustan Unilever and Director of Tata Sons.
iii.He has authored around 15 books which include,

R Narayanan:
i.R. Narayanan has been involved with startups since the 1980s who is participating in angel investing and mentoring.
ii.He started his career in Coca-Cola and Nestle with experience in the advertising business.

New Book titled ‘Cinema Through Rasa: A Tryst with Masterpieces in the Light of Rasa Siddhanta’ by PrachandPraveer 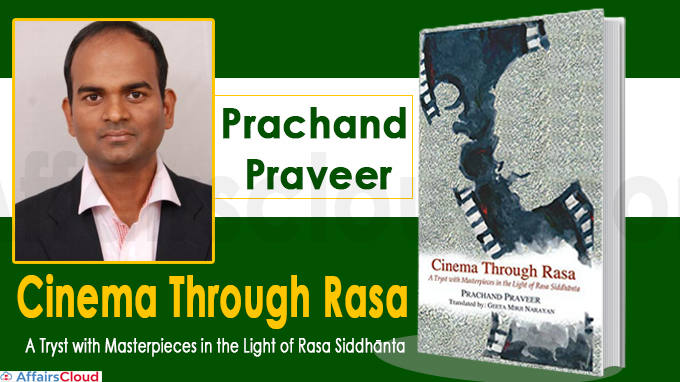 About the book:
i.The book views the cinema industry through the Rasa Siddhanta or aesthetics and discusses how the ancient Indian principles govern cinema as they govern the stage.
ii.RasaSiddhanta was first mentioned in Bharata Muni’s Natyasastra, the ancient treatise on dramaturgy.
iii.The book catalogues the major cinematic works with a focus on Abhinavabharati, a 10th-century commentary on Natyasastra by Kashmiri Saivite philosopher Abhinavagupta.
About PrachandPraveer:
i.The debut book of PrachandPraveer is AlpahariGrihtyagi: IIT Se Pehle(2010).
ii.Some of his other works are, JaanaNahiDil Se Door, Uttarayan and Dakshinayan

The World Frog Day 2021 is annually observed across the globe on 20th March to create awareness and save the different species of tailless amphibians from being extinct. World Frog day was instituted in 2009. On April 1, 2021, The State Government of Rajasthan began registrations for ‘Chiranjeevi Health Insurance Scheme (Mukhyamantri Chiranjeevi Swasthya Bima Yojana). With this launch, Rajasthan became the 1st State in India to provide health insurance of up to INR 5 Lakh to each Family every year.