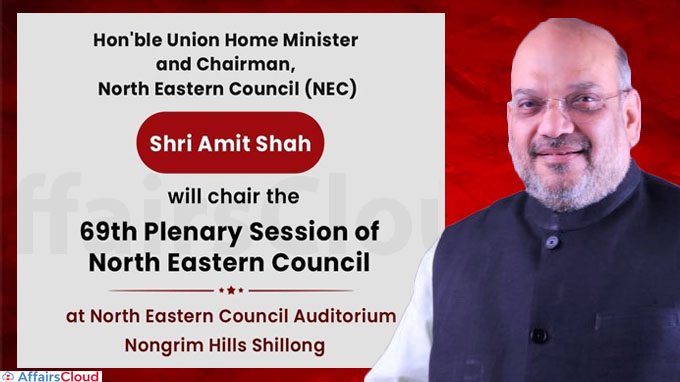 i.On January 23, 2021, Union Minister Amit Shah, Ministry of Home Affairs (MHA) inaugurated and chaired the 2 day 69th meeting of the North Eastern Council (NEC) in Shillong, Meghalaya.
ii.The focus of the meeting was to discuss various developmental ongoing and future projects for the North Eastern region (NER).
iii.There, it was notified that 30% of the Central Government ‘s budget will be used for the development of underdeveloped areas. Notably, the Union Budget has been increased by 24 percent to Rs. 3,13,000 crores from Rs. 89,000 crores.
About Meghalaya:
Governor– Satya Pal Malik
National Parks– Balpakram (Phase I), Nokrek
<<Read Full News>> 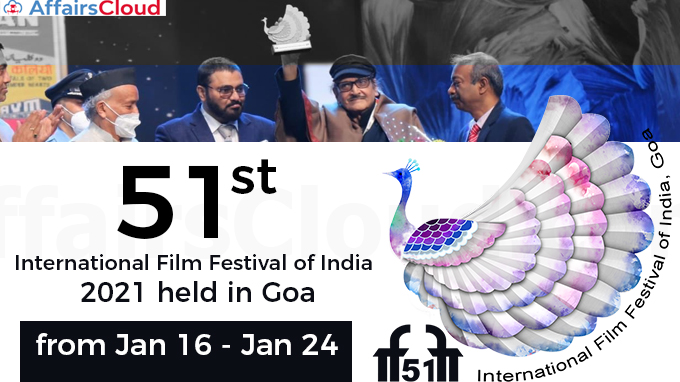 i.The 51st International Film Festival of India (IFFI) was held from 16 to 24 January 2021 at Dr. Shyama Prasad Mukherjee Indoor Stadium in Panaji, Goa. Due to COVID-19, it was conducted in hybrid mode i.e. 50 films out of 224 films across various categories are scheduled to be screened online. This hybrid mode format of IFFI was first in India and in Asia too.
ii.It was jointly organized by the Directorate of Film Festivals (under Ministry of Information and Broadcasting) and the state Government of Goa along with Entertainment Society of Goa.
iii.The epic World War II Danish film Into the Darkness (De forbandede år) won Golden Peacock Awards.Veteran actor, director and producer Biswajit Chatterjee has been presented with the Indian Personality of the Year Award on the occasion.
iv.This year the ‘country of focus section’ was Bangladesh marking its 50th anniversary of liberation. Its 4 films were screened under this category.
About Ministry of Information and Broadcasting (MIB):
Union Minister– Prakash Keshav Javadekar
Secretary– Amit Khare
<<Read Full News>> Dr Harsh Vardhan, Union Minister for Health & Family Welfare inaugurated the 7th Edition of ‘MASCRADE   2021’ – Movement against Smuggled & Counterfeit Trade organized by FICCI Cascade (Federation of Indian Chambers of Commerce & Industry – Committee Against Smuggling and Counterfeiting Activities Destroying the Economy) which took place from January 21-22, 2021.
i.Objective of MASCRADE:
To serve as a platform for discussion on ways to reduce counterfeiting, smuggling & spurious products during the post COVID period.
ii.Initiatives taken by Government to tackle Spurious Drugs
Amendment of Drugs and Cosmetics Act, 1940 under the Drugs & Cosmetics Amendment Act 2008.
iii.‘Vocal for Local’ as a tool to fight illicit trade
Harsh Vardhan stated that ‘AatmaNirbhar Bharat’ & ‘Vocal for Local’ may become an effective tool to fight illicit trade of drugs.
iv.Areas to take actions:

UN University releases report on Ageing Dams in the World 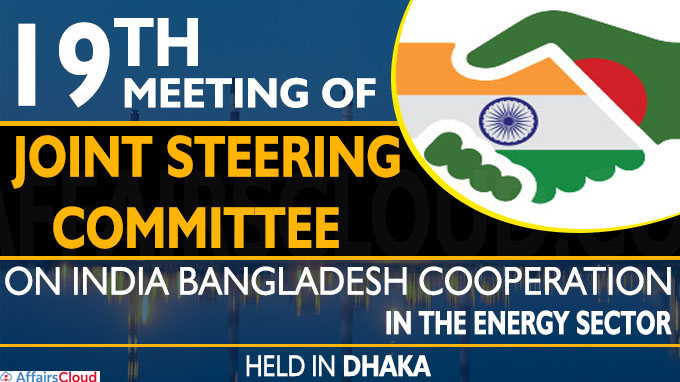 On January 23, 2021, the 19th meeting of the Joint Steering Committee (JSC) on India Bangladesh cooperation in the energy sector was held in Dhaka, Bangladesh where Indian delegation was led by the Power Secretary Sanjiv Nandan Sahai while Power Secretary Md. Habibur Rahman represented the Bangladesh side.

India and Bangladesh have set up the institutional mechanism of JSC and JWG for reviewing and enhancing bilateral cooperation in the power sector between the two countries. The last meetings were held in March 2020 in Udaipur in India.
About Bangladesh:
Capital– Dhaka
Currency– Bangladeshi taka In accordance with the latest data by Bloomberg Billionaire Index, as of January 22, 2021, Mukesh Ambani has now moved up to 11th spot from 13th spot with a total net worth of $79.2 billion (5.78 lakh crore).

The top 5 billionaires of the world, according to the Bloomberg Billionaires Index are: 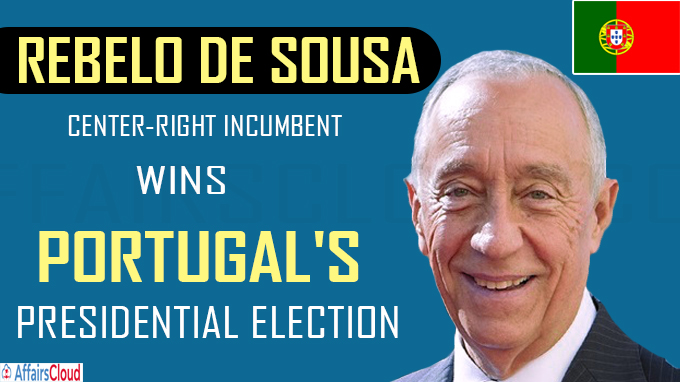 Marcelo Rebelo de Sousa(72 years old) has been re-elected as the president of Portugal for the 2nd term after securing over 60% of the votes in the election held on January 24, 2021. He belongs to  Social Democratic Party(Partido Social Democrata-PSD)
Note– Ana Gomes came second in the election with 13% of the votes
About Marcelo Rebelo de Sousa:
i.He was elected as the president for 1st term in 2016.
ii.He was one of the founders of the People’s Democratic Party, later the Social Democratic Party, and was party leader from 31 March 1996 to 27 May 1999.
iii.He was the co-founder, Director and Administrator of the Expresso newspaper, owned by Pinto Balsemão.
iv.He received many honours including Grand Cross of the Order of Prince Henry,
Commander of the Order of Saint James of the Sword,  Grand Cordon of the Order of Leopold among others.
About Portugal( officially- Portuguese Republic):
Capital- Lisbon(largest city of Portugal)
Currency– Euro(EUR) 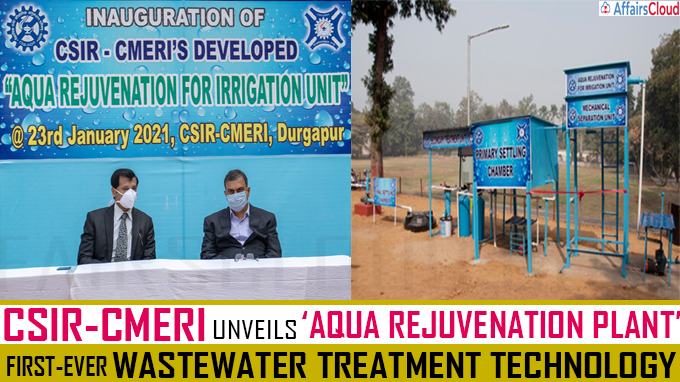 On January 24, 2021, SpaceX  successfully created a New World Record by launching 143 Satellites in a single mission. The satellites were launched using the Falcon 9 Reusable rockets  from the Cape Canaveral Space Force Station in Florida, United States of America. With this, SpaceX bettered Indian Space Research Organization’s (ISRO) record of deploying 104 satellites in a single mission in February 2017.
The Launch is also the first dedicated mission for SpaceX under SmallSat ‘Rideshare’ program called Transporter-1.
i.Objective – With the launch of the satellites, SpaceX is planning to provide Global broadband internet coverage by 2021.

On 23rd January 2021, Finance Minister Nirmala Sitharaman launched the “Union Budget Mobile App” which will provide access to Union Budget Information to all the stakeholders. For the first time in History the Budget will be delivered in paperless form. The app was developed by the National Informatics Centre (NIC) under the guidance of the Department of Economic Affairs (DEA). On 22nd January, 2021, Narendra Chanchal, Indian singer who is popular for his devotional songs(bhajan) passed away at the age of 80 in New Delhi, Delhi. He also sang songs in Hindi films.
He was born on October 16, 1940 in Amritsar, Punjab.
About Narendra Chanchal:
i.His popular bollywood songs include ‘Chalo Bulava Aaya Hai’ for the film Avtaar(1983) and ‘Beshak Mandir Masjid Todo’ for the film Bobby(1973).
ii.He released his biography titled ‘Midnight Singer Narendra Chanchal’ that describes his life, struggles and hardships leading to achievements. The book was authored by  Georgy Bhaala
iii.He won a Filmfare Award for Best Male Playback Singer for the song sung in Bobby.
iv.He has earned honorary citizenship of the US state of Georgia.

On 23rd January 2021, American Television and Radio Host Larry King passed away at the age of 87 due to COVID-19 in Los Angeles, California, United States of America. He was born as Lawrence Harvey Zeiger on 19th November 1933 in Brooklyn, New York, USA.

“India 2030:The Rise of a Rajasic Nation” a Collection of Essay Authored & Edited by Gautam Chikermane Gautam Chikermane, Vice President of Observer Research Foundation authored and edited the book titled “India 2030: The Rise of a Rajasic Nation”, a Collection of Essay which describes about the likes of 20 forecasts by 20 thought leaders from India based on 20 themes. The book was published by Penguin eBury Press.
About the book:
i.The book features 20 themes on various fields ranging from education to healthcare, science, energy, politics and foreign policy, that predicts the evolution of India in this decade.
ii.The book showcases the numerous aspects of the future that will result in India becoming the world’s 3rd largest economy and regional power.
iii.This book will act as a roadmap for policymakers and guide for scholars.
20 forecasts from: Abhijit Iyer-Mitra, Ajay Shah, Amish Tripathi, Amrita Narlikar, Bibek Debroy, David Frawley, Devdip Ganguli, Justice B.N. Srikrishna, Kirit S. Parikh, Manish Sabharwal, Monika Halan, Parth J. Shah, Raghunath Anant Mashelkar, Rajesh Parikh, Ram Madhav, Reuben Abraham, Samir Saran, Sandipan Deb and Vikram Sood.
About Gautam Chikermane:
i.Gautam Chikermane, has served in various leadership positions in various magazines and newspapers like Hindustan Times, Indian Express and Financial Express.
ii.He also serves as a board Director of CARE India, and as a new media director of RelianceIndustries Limited.
iii.He is also the vice chairman on the board of Financial Planning Standards Board India.
iv.The areas of his research include economics, politics and foreign affairs.
Book:
He has authored various book which includes, 70 Policies that Shaped India,
Tunnel of Varanavat: Mahabharat Reimagined, Five Decades of Decay. 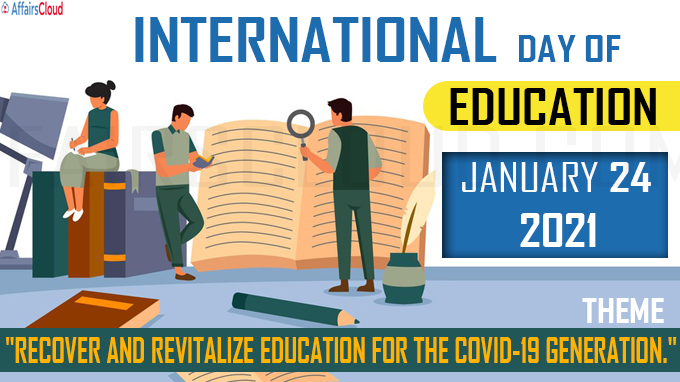 i.The United Nations(UN)’s International Day of Education is annually observed on 24th January to celebrate the role of education for peace and development.
ii.The annual celebration of this day is organised by the United Nations Educational, Scientific and Cultural Organization (UNESCO) in partnership with partners like Global Partnership for Education and the Centre for Interdisciplinary Studies (CRI).
iii.The theme of the 3rd International day of Education is “Recover and Revitalize Education for the COVID-19 Generation”.
iv.The events to celebrate the 3rd International day of Education by UNESCO on 25th January 2021 at the UNESCO headquarters in Paris and New York.
<<Read Full News>> i.National Girl Child Day is observed annually on January 24 to raise awareness about the rights of the girl child and importance of their education, health and nutrition. The year 2021 marks 13th National Girl Child Day.
ii.The initiative was started by the Ministry of Women and Child Development in 2008.
iii.National Girl Child Week is being celebrated from January 21 to 26, 2021.
iv.The  Sex Ratio at Birth (SRB) in India has improved by 16 points from 918 (2014-15) to 934 (2019-20).
Initiatives Launched i.National Tourism Day is annually observed across India on 25th January to encourage tourism in India and to highlight the role of tourism in the economic development of the nation.
ii.The theme of National Tourism Day 2021 is “Dekho Apna Desh”.
iii.In India the Tourism Department was established under the Ministry of Tourism and Communication in 1958.
iv.Union Minister of Tourism, Prahlad Singh Patel announced a branch of Indian Institute of Skiing and Mountaineering(IISM) in Kargil, Ladakh to encourage the local talent to achieve their dreams.
Ministry of Tourism:
Minister of State(IC)– Prahlad Singh Patel
<<Read Full News>> On occasion of the 71st Foundation Day of Uttar Pradesh (UP) or Uttar Pradesh Diwas (recognized as state on January 24, 1950), Chief Minister Yogi Adityanath launched ‘Udyam Sarathi’  an mobile app for the Youths of UP to explore self-employment opportunities. It has been developed under the One District One Product (ODOP) Scheme of Uttar Pradesh as per Government’s vision of ‘Sabka Saath Sabka Vikas and Sabka Vishwas’.
i.Objective:

ii.Beneficiaries:
The scheme aims to benefit women and farmers who are looking for opportunities in self-employment.
iii.Functions of the app

iv.Other initiatives launched by UP CM during on occasion of 71st Foundation Day of UP