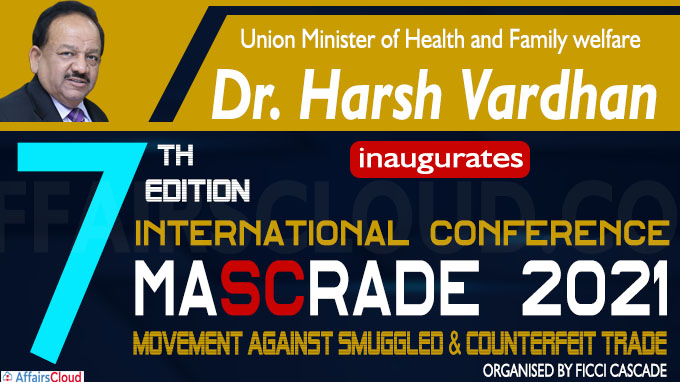 To serve as a platform for discussion on ways to reduce counterfeiting, smuggling & spurious products during the post COVID period.

Amendment of Drugs and Cosmetics Act, 1940 under the Drugs & Cosmetics Amendment Act 2008. The Features of the Act are

iii.‘Vocal for Local’ as a tool to fight illicit trade

Harsh Vardhan stated that ‘AatmaNirbhar Bharat’ & ‘Vocal for Local’ may become an effective tool to fight illicit trade of drugs.

v.Each year, FICCI MASCRADE recognizes and honours the  contributions made by Law Enforcement Agencies & Officers for their efforts to mitigate counterfeiting & smuggling.