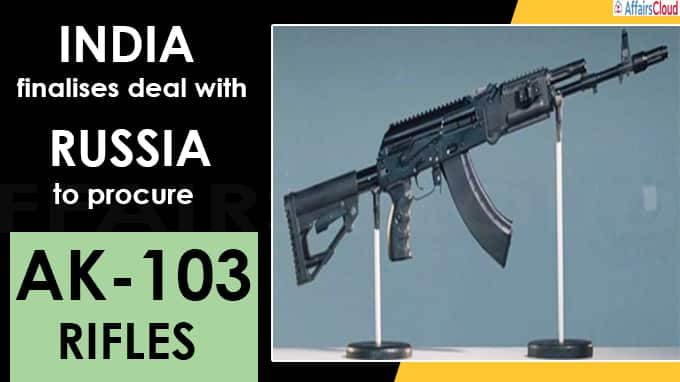 On August 20, 2021, India finalized a deal with Russia for the procurement of a sizeable number of AK-103 series of assault rifles for the Indian Army under the provisions of emergency financial powers granted to the three services to make urgent purchases.

Background:
In October 2017, the Indian Army began the process to acquire around 7 lakh rifles, 44,000 light machine guns (LMGs) and nearly 44,600 carbines to further enhance the combat capability of the Army.
Points to be noted:
i.In September 2020, Ministry of Defence and Russian representatives inked a major deal for manufacturing ~ 6 lakh AK-47 203 rifles in India under ‘Make-in-India’ programme. These will be manufactured by the Indo-Russia Rifles Pvt. Ltd, a joint venture between the Ordnance Factory Board (OFB), the Kalashnikov Concern (manufacturer of the AK rifles) and Rosoboronexport, the Russian state agency for military exports.
ii.The AK-47 203 is the latest and most advanced version of the AK-47 rifle, which will replace the Indian Small Arms System (INSAS) 5.56×45 mm assault rifle that are currently in use with the Army, Navy and the Air Force.
About Russia:
It is the largest country in the world by area. Its Lake Baikal is the deepest and oldest lake in the world, and the largest freshwater lake by volume.
Capital– Moscow
Currency– Russian Ruble
President– Vladimir Vladimirovich Putin On August 18, 2021, the Tiwa tribal community living in the hills celebrated the Wanchuwa festival 2021 in Morten Village in Karbi Anglong District of Assam. This festival is related to agriculture as it marks a good harvest and also involves prayers for protection from pests and natural calamities.

Also known as Lalung tribe, Tiwa tribe’s people are a part of Bodo Kachari group. They mainly live in Assam and Meghalaya and also found in some parts of Arunachal Pradesh and Manipur. 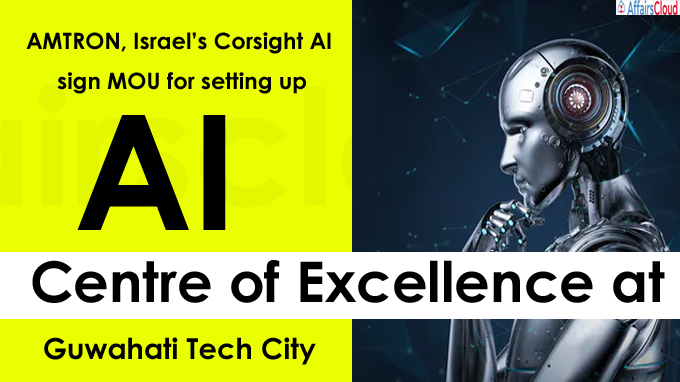 Assam Electronics Development Corporation Limited (AMTRON) has signed a Memorandum of Understanding (MoU) with Corsight AI, Israel based Software company to set up a Artificial Intelligence (AI) Centre of Excellence at Tech city in Guwahati, Assam.

General Insurance Business (Nationalisation) Amendment Act, 2021  got the Assent of the President General Insurance Business(Nationalisation) Amendment 2021 got assent of the President Ramnath Kovind.This bill will amend the General Insurance Business (Nationalisation) Act of 1972.
Purpose of amendment :- The Act was enacted to nationalise all private companies undertaking general insurance business in India and it makes private sector participation in the public sector insurance companies regulated under the Act.
Background:-

Points to be noted on New Amendment Bill
Change in the Definition
The Act classifies the General Insurance Business for fire, marine, or miscellaneous insurance.It excludes capital redemption and annuity certain business from the definition.The Bill removes this definition and instead, refers to the definition provided by the Insurance Act, 1938.  Under the Insurance Act capital redemption and annuity certain are included within general insurance business.
Removes Shareholding of Government-
The bill removes the provision to section 10B of the act; it said to be to omit the minimum 51% shareholding of central government in specified insurers.
Transfer of control
The bill adds new section 24B ;it will not be applied to the specified insurers from the date on which the central government relinquishes control of the insurer.It will empower the central to notify workers of selected insurers about their terms and conditions of employment.
Liabilities of directors
The bill also inserts a new section 31A providing for liability of a director of specified
insurer, who is not a whole-time director, in respect of such acts of omission or
commission of the specified insurer which has been committed with his knowledge
and with his consent. The Uttar Pradesh (UP) government renamed the movement in the history of India’s freedom struggle, the ‘Kakori Kand’ to ‘Kakori Train action’.The word ‘Kand’ means conspiracy which denotes a sense of humiliation to the freedom struggle movement.so the word “kand” will be changed to action. Key Points:
i.ARWU presents  rankings of the world’s top 1000 research universities every year based on transparency and objective third-party data.
ii.The rankings are based on the six objective indicators to rank world universities, including the number of alumni and staff winning Nobel Prizes and Fields Medals, number of highly cited researchers selected by Clarivate Analytics, number of articles published in journals of Nature and Science, number of articles indexed in Science Citation Index – Expanded and Social Sciences Citation Index, and per capita performance of a university. 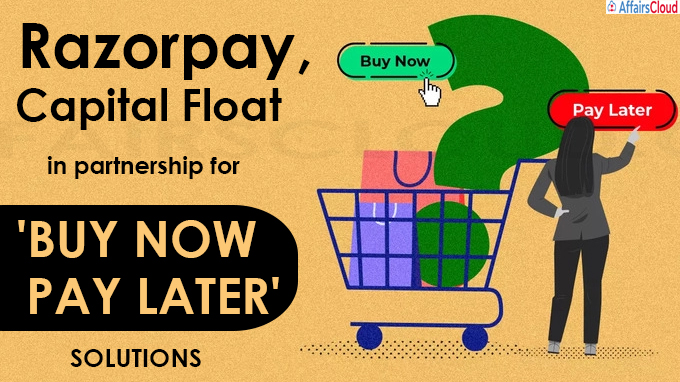 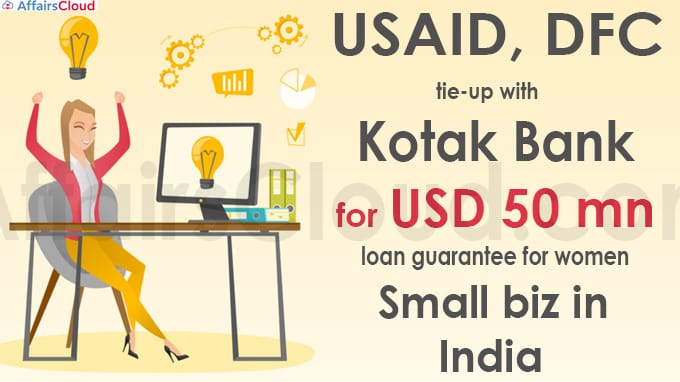 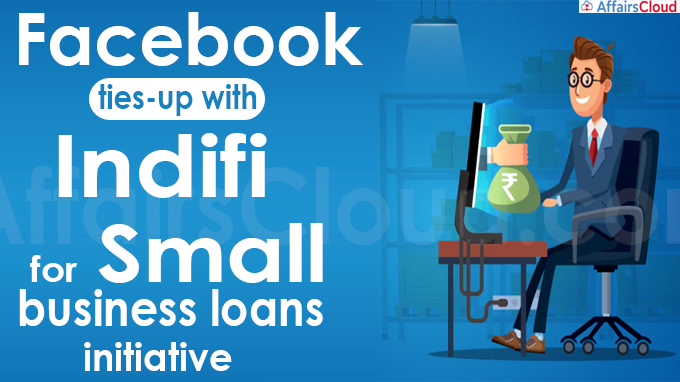 Indifi, technology-based lending platform has partnered with Facebook India to launch 1st of its Kind Small Business Loans Programme. It will provide loans worth INR 5 lakh to 50 lakh for Small Businesses advertising in Facebook’s Platform. 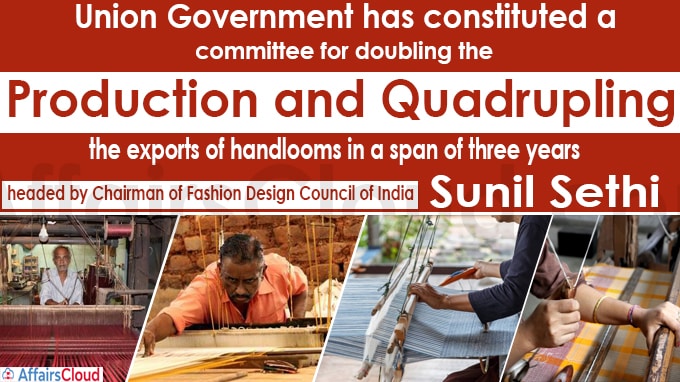 Government of India (GoI) has constituted a 8 member Committee for Doubling the Production & Quadrupling the Exports of Handlooms in a period of 3 years. The Committee will be headed by Sunil Sethi, Chairman, Fashion Design Council of India (FDCI), NewDelhi. Hurun Global 500 List 2021 released by Hurun Research Institute.It is a list of the 500 most valuable non-state-controlled companies in the world ranked according to their value, defined as market capitalization for listed companies and valuations for non-listed companies.Reliance Industries Ltd topped the list of Indian companies with a global rank 57. 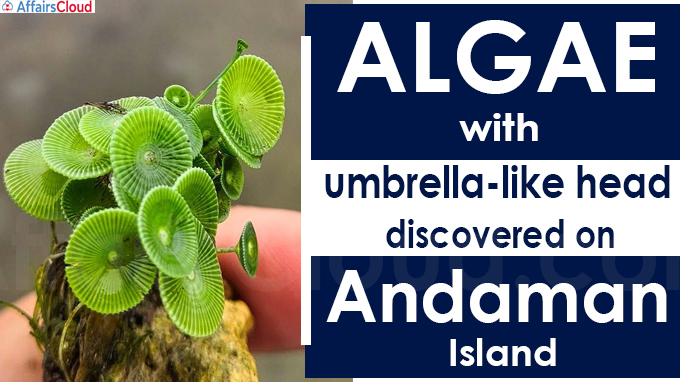 A team of marine biologists from the Central University of Punjab(CUP) has discovered a new marine algae species with an umbrella-like cap on the Islands of the Andaman and Nicobar. The new species has been named ‘Acetabularia jalakanyakae’, after the  Sanskrit word ‘Jalakanyaka’ which means ‘Goddess of Oceans’ or ‘mermaid’.
Cephalanthera erecta var. oblanceolata: rare orchid species discovered in Uttarakhand:
Uttarakhand Forests Department has discovered a rare species of orchid named paper Cephalanthera erecta var. oblanceolata (Orchidaceae). This species has been found for the 1st time in India in the Chamoli district of Uttarakhand.
>>Read Full News 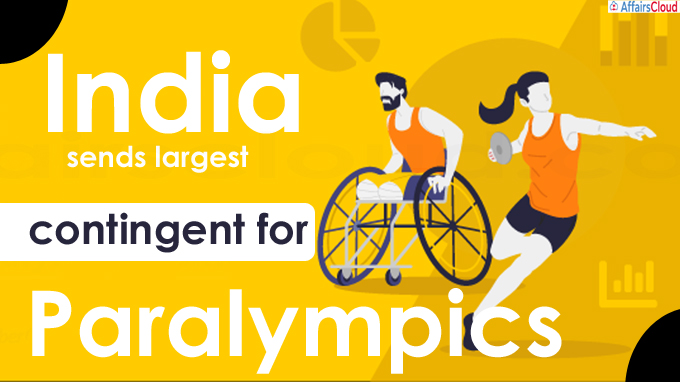 Former Indian International Footballer (defender) Chinmoy Chatterjee has passed away at his residence in Khardah, North 24 Parganas, West Bengal. He hails from West Bengal.
He was a part of the Indian football team during the 1978 Bangkok Asian Games. 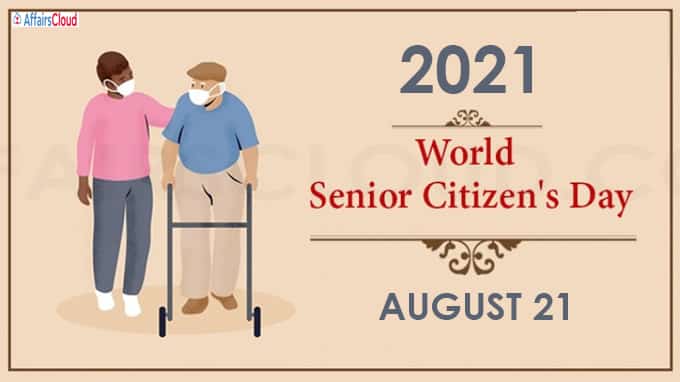 World Senior Citizen’s Day is annually observed across the globe on 21st August to recognise and acknowledge the contribution of the elders to society and their inclusiveness in society. The day aims to create awareness about the issues and challenges faced by the elderly.
Background:
i.The World Senior Citizens’ Day was officially founded by the former President of the United States of America Ronald Regan.
ii.He took the initiative to honour the senior citizens in 1998 and signed the proclamation 5847 and marked the 21st August of every year as World Senior Citizens’ Day.
UN’s  International Day of Older Persons:
The United Nations(UN) International Day of Older Persons is annually observed on 1st October.
>>Read Full News 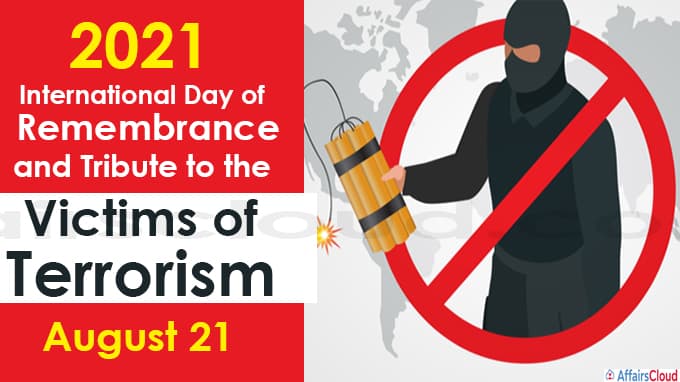 United Nations(UN)’s International Day of Remembrance and Tribute to the Victims of Terrorism is annually observed across the globe on 21st August to honour and support the victims and survivors of terrorism. The day also aims to promote and protect the human rights and fundamental freedom of the victims of terrorism. 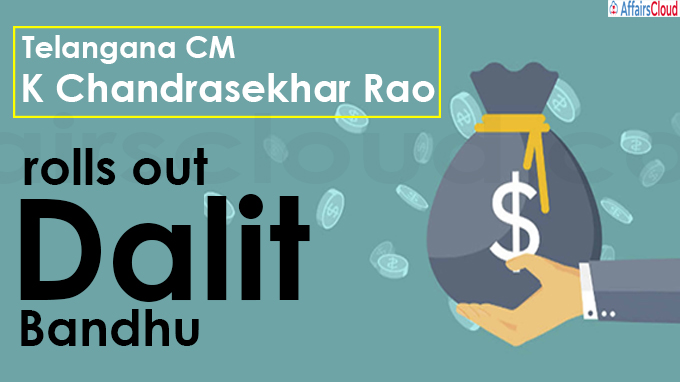 About Dalit Bandhu scheme:
After the above launch, the scheme was officially launched at Shalapally village in Huzurabad assembly constituency by the CM. The cabinet of Arunachal Pradesh has approved 2 credit-linked schemes to boost the economy of the state through agriculture and horticulture. These 2 schemes will facilitate Rs 300 crore investment in the agro-based sector.

Features of the Schemes:
i.These programmes will have 3 components, Bank Loans, Subsidy and Beneficiaries contribution.It was decided that the share of subsidy would be 45 per cent in the schemes, while a beneficiary needs to contribute 10 per cent and the rest will be bank loans.
ii.The schemes will be available for cultivators, Self Helf Groups(SHG) and farmer producer organisations(FPO).
iii.Under these programmes, farmers will get up to Rs 1.6 lakh with no collateral or bank guarantee and self-help Groups will get up to Rs 10 lakh.
Note:
The people across the state can apply for the scheme at the deputy commissioner office of their district.
About Arunachal Pradesh:
Chief Minister- Pema Khandu
National Park– Mouling National park; Namdapha National Park
Wildlife Sanctuary– Talle Wildlife Sanctuary; Eagle Nest Wildlife Sanctuary