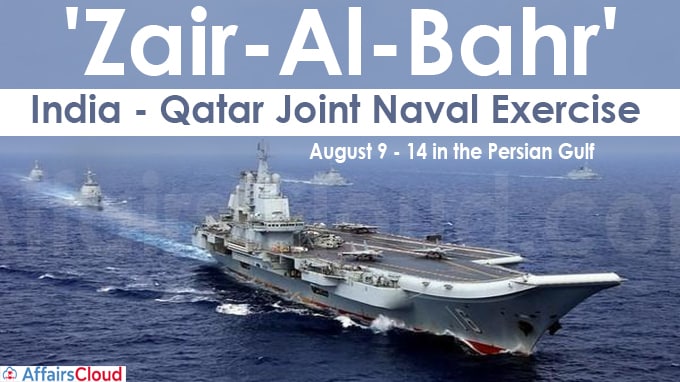 On August 9-14, 2021, the 2nd edition of Bilateral Maritime Exercise Zair-Al-Bahr (Roar of the Sea) 2021 between the Indian Navy and Qatar Emiri Naval Force (QENF) was conducted in the Persian Gulf.  It consisted of a three day harbour phase followed by a two day sea phase.

Initiated in 2019, it focuses on the fight against terrorism, maritime piracy, and maritime security. It also aims to consolidate interoperability and strengthen the maritime exchanges and friendship between the navies of both nations.