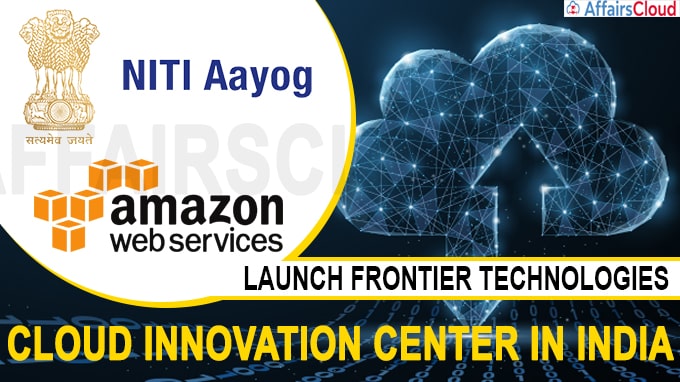 On 20th October, 2020, Minister of State (MoS) (Independent Charge) for Shipping, Mansukh Mandaviya e-launched the development of Indigenous Software solution for Vessel Traffic Services (VTS) and Vessels Traffic Monitoring Systems (VTMS) in New Delhi. The launch of indigenous software is in line with Prime Minister’s Aatma Nirbhar Bharat Mission.
The indigenous VTS and VTMS software will help in determining the position of shipping Vessels, position of other traffic and other meteorological hazard warnings, and traffic management within a port or waterway.
About Ministry of Shipping:
Minister of State (MoS) (Independent Charge) – Mansukh Mandaviya
Headquarters – New Delhi
<<Read Full News>>

Israeli Embassy to have first ‘Water Attache’ in India from January, 2021

India and Israel share a strategic partnership in water management. In order to boost it further, Israel will have a first separate ‘Water Attache’ in India from January 2021 which will share the former’s best practices and technologies for advancements in India’s water management and agriculture sectors. Notably, water is one of the biggest challenges in India post-COVID.

Key Point:
–A Water Attache will join the ‘Agriculture Attache’ who has been here for many years and together they will go to the centres of excellence for agriculture established as part of Indo-Israel collaboration.

–An agricultural attache is a diplomat who analyzes, and acts on information on agriculture, agribusiness, food, and other related spheres in a foreign country or countries.
About Israel:
Capital– Jerusalem
Currency– Israeli New Shekel
Prime Minister– Benjamin Netanyahu 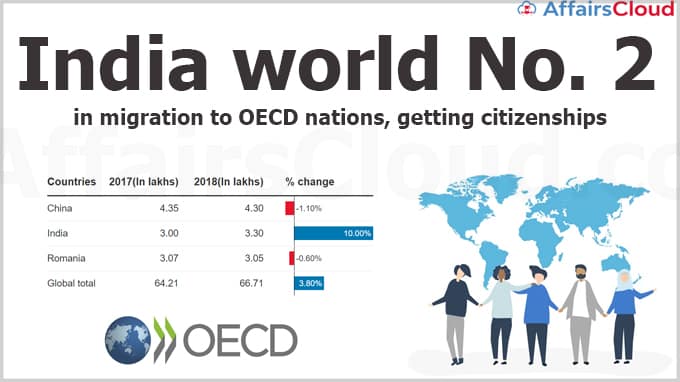 i.On October 19, 2020 secretary-general at OECD (Organisation for Economic Co-operation and Development) Jose Angel Gurria Trevino unveiled the 44th edition of “International Migration Outlook 2020” in which India emerged as the second largest source country both in terms of the “total” inflow of new migrants to OECD countries during 2018 and also as regards the number of Indians acquiring citizenship of these countries.
ii.India overtook Romania to emerge as the second-largest source country. Notably, migration from India to OECD countries increased sharply by 10% and reached 3.3 lakh. It represents 5% of the overall migration to OECD countries.
iii.China grabbed the top spot while Romania stood at 3rd place.
About Organisation for Economic Co-operation and Development (OECD):
The OECD is an international organization where the governments of 37 member states work with each other to foster sustainable development.
Headquarters– Paris, France
<<Read Full News>> 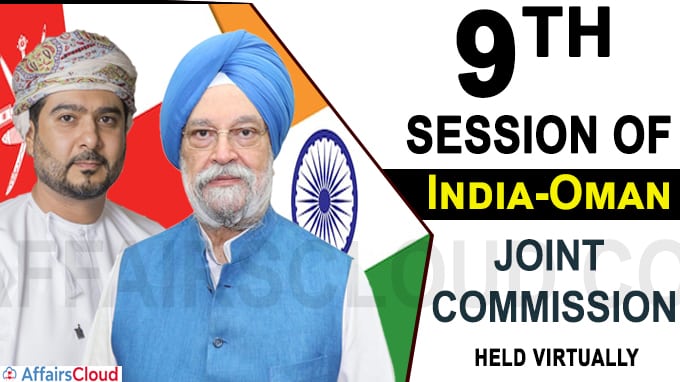 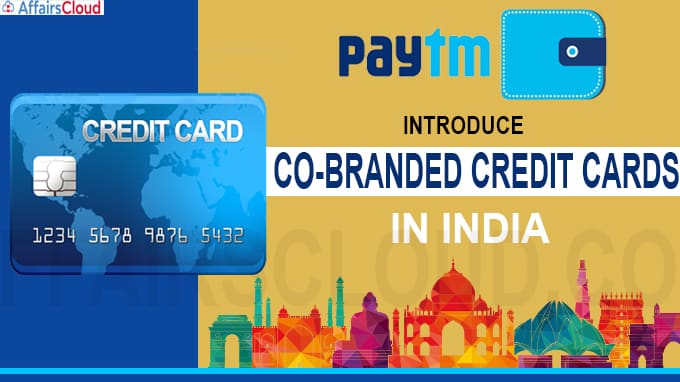 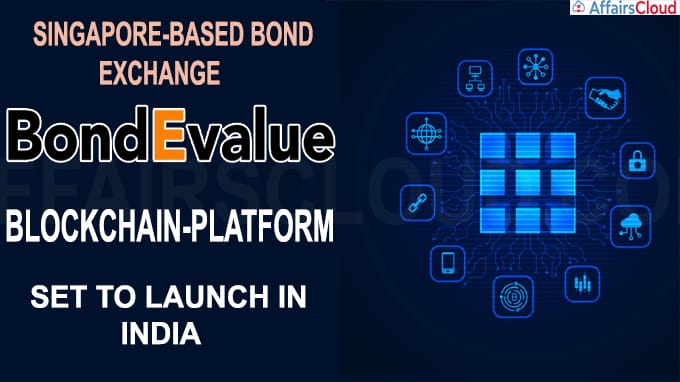 Singapore-based bond exchange, BondEvalue, co-founded by India-origin entrepreneurs Rajaram Kannan and Rahul Banerjee, is all set to launch a blockchain-platform in 2021 to facilitate investment in bonds by individuals. 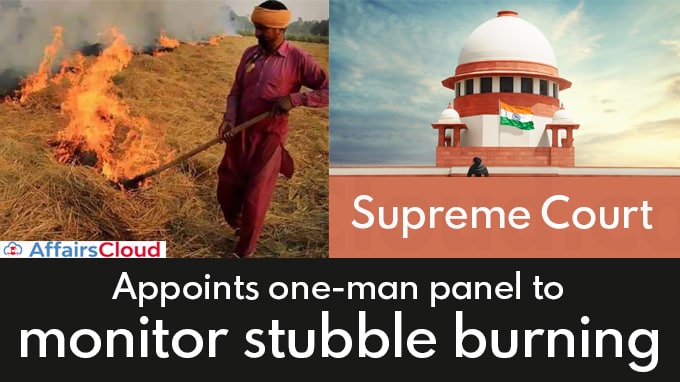 i.On October 16, 2020, the Supreme Court (SC) bench headed by Chief Justice Sharad Arvind Bobde and comprising of Justices Ajjikuttira Somaiah Bopanna and V Ramasubramanian has directed to formulate a one-man committee under former SC judge Madan Bhimarao Lokur to monitor and prevent stubble-burning by farmers in Punjab, Haryana and Uttar Pradesh (UP) this winter, which worsens the air quality in Delhi- National Capital Region (NCR).
ii.This constitution of panel is on the lines petition filed by Aditya Dubey who has raised concern over rising pollution level in Delhi-NCR. He was represented by senior advocate Vikas Singh.
About Supreme Court (SC) of India:
Establishment– 1950
Headquarter– New Delhi
<<Read Full News>> 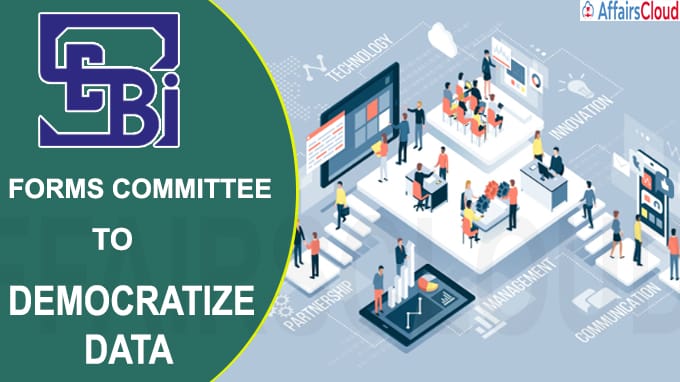 i.On October 19, 2020 In an effort to set up Data Culture through Data Democratizationin the Indian securities market, The Securities and Exchange Board of India (SEBI) has constituted a Market Data Advisory Committee(MDAC), Standing Committee.
ii.The committee is headed by Madhabi Puri Buch, Whole Time Member, SEBI  and has CEOs of stock exchanges and depositories, representatives of various stakeholders and senior officials of SEBI as members.
About Securities and Exchange Board of India (SEBI):
Headquarters –  Mumbai, Maharashtra
Chairman – Ajay Tyagi(He got another 18 months extension, with effect from 01.09.2020 up to 28.02.2022)
<<Read Full News>> 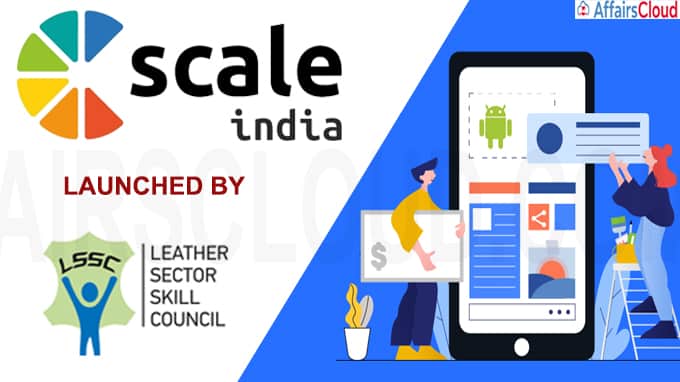 On 15th October, 2020, Leather Sector Skill Council (LSSC), a non-profit organization (NGO) launched “Skill Certification Assessment for Leather Employees India (SCALE India)” Android app for enhancing the quality assurance of the leather industry. Union Minister of Skill Development and Entrepreneurship, Mahendra Nath Pandey unveiled the SCALE India app during a virtual event.
The app will serve as a one-stop solution for skilling, learning, assessment and employment needs of the leather and leather products industry.
Aim:
Through this app, LSSC is aiming to enhance quality assurance of the Leather Industry under Skill India Mission.
Key Points:
i.SCALE will help candidates to get assessed and certified on their knowledge, skills and behaviour on a specific qualification pack.
ii.It will cater to the needs of the Skilling and employment ecosystem such as candidate/trainee, employer, employee, assessor and Trainer.
iii.The services will be accessible through web and android applications and will work on desktop, smartphone, and tablets.
iv.The platform will also serve as a marketplace for human capital for the leather industry.
v.Through the platform, trainers will get complete access to all learning and training resources required for effective delivery of Standardized Training.
vi.It will capture the attendance of trainees, progress of training, feedback and other documentation for complying with quality norms.
Leather Sector Skill Council (LSSC):
LSSC was established in 2012 as key sector skill councils approved by National Skill Development Corporation (NSDC).
About Leather Sector Skill Council (LSSC):
Chairman – P. R. Aqeel Ahmed
Location – Chennai, Tamil Nadu 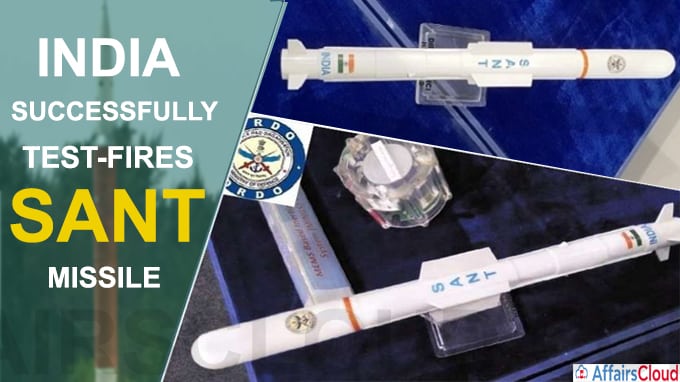 On 15th October 2020, Kishore Bhimani, veteran sports journalist and commentator passed away in Kolkata, West Bengal due to cardiac arrest. He was born in Kolkata, West Bengal.
About Kishore Bhimani:
i.He was one of the leading cricket commentator in the 80s and 90s
ii.He worked as an editor of the sports page in “The Statesman”, a leading newspaper of Kolkata.
iii.He served as the president of the Calcutta Sports Journalist Club from 1978 to 1980.
iv.He was the commentator of the famous 1986 tied test of India against Australia at Chepauk Stadium.
v.His son Gautam Bhimani is also a television personality and quiz master.
Awards:
He received the lifetime achievement award for his contributions to sports and media in 2013 at the 5th H&G Clinic Journalism Awards 2012.
Book:
i.He documented the 1975-76 series as a book titled “India’s Caribbean Adventure”.
ii.His book “The Accidental Godman” was published by Manjul Publishing House Pvt. Ltd. in 2012.

“Portraits of Power: Half a Century of Being at Ringside” Autobiography of N K Singh: Traces the Origin & Growth of the PMO On 19th October 2020, Veteran Economist and bureaucrat N K (Nand Kishore) Singh released his autobiography titled “Portraits of Power: Half a Century of Being at Ringside”. The book portrays the life of NK Singh who played an active role in the development of the Indian economy. He is currently serving as the Chairman of the 15th Finance Commission.
The book is published by Rupa Publications India.
About Portraits of Power:
i.The book portrays NK Singhs’s stents from 1964 when he joined the Indian Administrative Service(IAS), serving in higher positions of the Indian Government before entering politics as a member of Rajya Sabha.
ii.This book covers all the personal and national movements that happened in his life.
About NK Singh:
i.He served in the Prime Minister’s Office(PMO), as the Secretary of former Prime Minister Atal Bihari Vajpayee (1998 -2001).
ii.He served in the Indian Embassy in Japan as Minister of Economic and Commercial from 1981 to 1985.
iii.He edited the book “The New Bihar” along with Nicholas Stern of London school of Economics.
Awards:
He was honoured by Japan with its highest national decoration “The order of the Rising Sun, Gold and Silver Star” in 2016 and He was the only Indian in the list of the 2016 recipients. 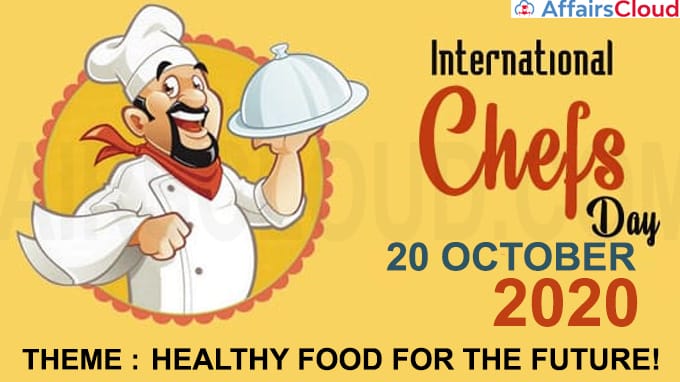 i.International Chefs Day is annually celebrated on October 20 to celebrate the profession of chefs and educate people about healthy food globally.
ii.The day also highlights the duty of chefs to pass their knowledge and culinary skills to the next generation of Chefs.
2020 International Chefs Day campaign theme– ‘Healthy Food for the Future!’
<<Read Full News>> i.The World Osteoporosis Day(WOD) is annually observed across the globe on 20th October to raise awareness on the prevention, diagnosis and treatment of Osteoporosis. The day aims to make the prevention of Osteoporosis and fractures a global health priority by reaching out to healthcare professionals, patients, media and the general public.
ii.The first WOD was celebrated on 20th October 1996.
iii.The year-long campaign of WOD 2020 will feature “That’s Osteoporosis” as the headline, and highlight the visuals that impact the emotions and the stories of the Osteoporosis patients.
iv.Since 1996, the International Osteoporosis Foundation (IOF) has been organising the events of the WOD.
About International Osteoporosis Foundation(IOF):
President– Cyrus Cooper
Headquarters– Nyon, Switzerland
<<Read Full News>> 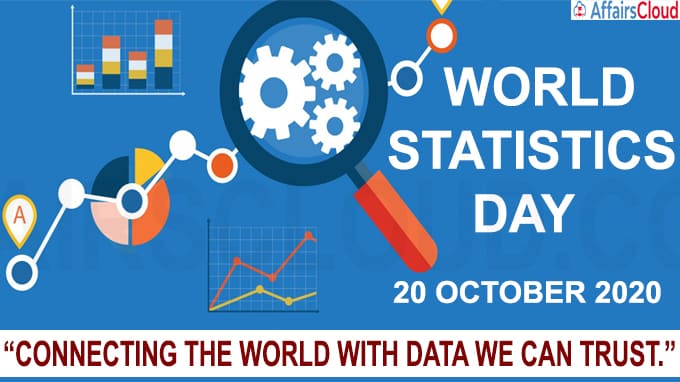 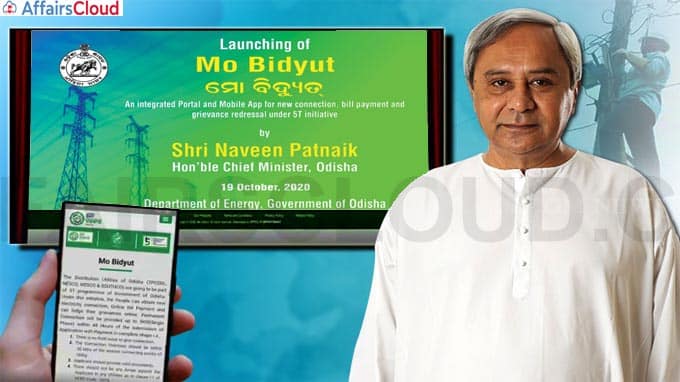 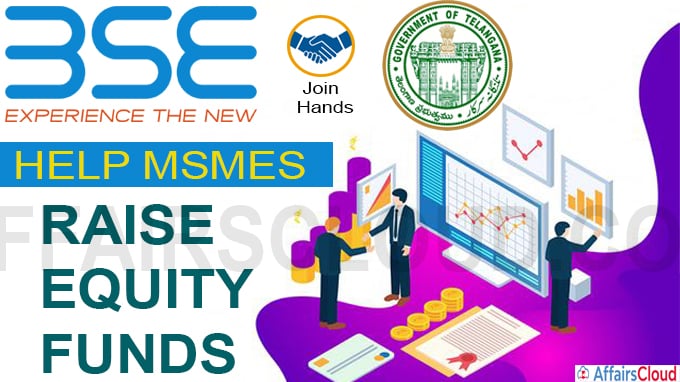 i.On 19th October 2020, BSE (formerly known as Bombay Stock Exchange) signed a Memorandum of Understanding with the Industries and Commerce Department, Government of Telangana along with GlobalLinker to support micro, small and medium enterprises (MSMEs) of the state to raise equity funds.
ii.This partnership will address the MSMEs challenges due to limited alternate sources of finance which increases their dependence on the debt capital that results in distorted capital structures and restrained cash flow.
iii.Under this partnership the MSMEs of Telangana will have access to the opportunities of equity financing which will support the businesses to grow from expansion to acquisition.
About BSE:
MD & CEO- Ashishkumar Chauhan
Headquarters– Mumbai, Maharashtra
About Telangana:
Zoological Parks– Nehru Zoological Park, Vana Vigyan Kendra Mini Zoo
Lakes– Hussain Sagar, Osman Sagar, Himayat sagar, Durgam Cheruvu, Phakal Lake, Laknavaram Lake
<<Read Full News>>

Finland based Nokia has been selected by the National Aeronautical Space Agency (NASA) to build the first ever 4G cellular network on the Moon. NASA has awarded USD 14.1 Million to Nokia for the project. It is being built for communication purposes of NASA’s ARTEMIS Program to the Moon by 2024. Nokia & Intuitive Machines are partnering for this Mission. The grant is part of USD 370 Million worth of contracts signed under NASA’s “Tipping Point” selection to advance research and development for space exploration.

A team of scientists from West Bengal headed by Mahasin Ali Khan, assistant professor of Botany at Sidho-Kanho-Birsha University found India’s first Dragonfly fossil in Latehar, Jharkhand. The fossil belongs to the late Neogene Period and it is expected to be around 2.5 million years old. The findings of the discovery are published in the October 10 edition of Current Science journal.

On October 16, 2020 Narendra Singh Tomar, while addressing a digital conference organised by Confederation of Indian Industry (CII), stated that according to the initial estimates, foodgrain production is projected to be 144.52 million tonnes in the 2020-21 kharif season. As per the official data, during the 2019-20 kharif season, food grain production stood at 143.38 million tonnes. During the first quarter of 2020-21 fiscal, this sector grew 3.4% The main kharif crop is Rice.