We are here for you to provide the important Recent and Latest Current Affairs 14 April 2021, which have unique updates of Latest Current Affairs 2021 events from all newspapers such as The Hindu, The Economic Times, PIB, Times of India, PTI, Indian Express, Business Standard and all Government official websites. 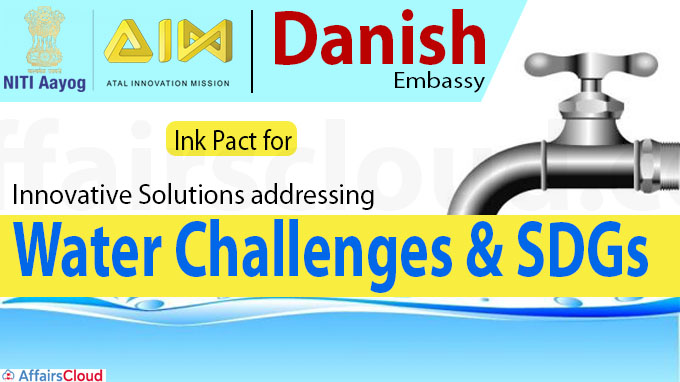 On April 12, 2021, Atal Innovation Mission (AIM), NITI Aayog & Embassy of Denmark signed a Statement of Intent (SoI) for promoting innovation and entrepreneurship among aspiring entrepreneurs in India. The SoI was signed at the premises of NITI Aayog in New Delhi and is part of the Indo-Danish Bilateral Green Strategic Partnership.
i.Under the partnership, Innovation Center Denmark in India will collaborate with AIM to

ii.The partnership will be executed through Innovation Center Denmark (ICDK) under the aegis of the Embassy of Denmark.
iii.The collaboration will help Indian innovators get access to Danish technical expertise and allow Danish Innovators to work on India specific solutions.
Water Challenge

Drugs Controller General of India (DCGI) has approved the use of Russia’s Covid-19 vaccine, “Sputnik V” in India, to tackle the 2nd Wave of the virus spread in India. With this approval, India has 3 Covid-19 vaccines – Covaxin, Covishield and Sputnik-V. United Kingdom (UK) based OneWeb, a Low Earth Orbit (LEO) satellite communications operator, co-owned by Bharti Global has signed an MoU with the Kazakhstan Government and other subsidiaries for accelerating connectivity services in the country commemorating the 60th Anniversary of Yuri Gagarin’s first human spaceflight.

Establishment of Centre of Excellence (CoE)

The Indian Army participated in the Multinational Military Exercise ‘Shantir Ogroshena 2021’ (Front Runner of Peace) held at Bangabandhu Senanibas (BBS), Bangladesh from April 4-12, 2021. It is an UN-mandated Counterterrorism exercise. 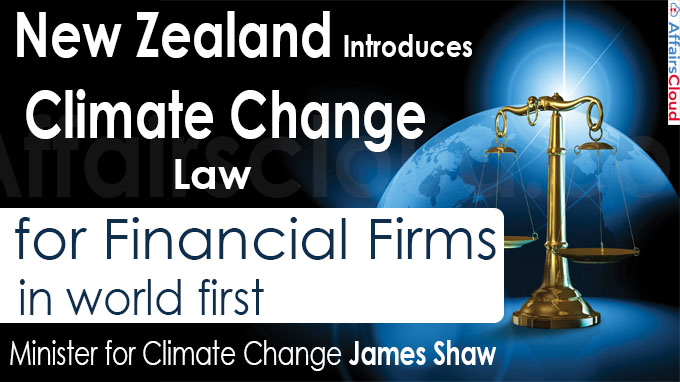 New Zealand becomes the 1st country in the world to introduce a Climate Change Law for regulating the Financial Sector. As per the new law, All banks, insurers, investment managers with total asset value greater than NZ$1 billion (USD 703 million) shall report the impacts of climate change on their investments to the government.
i.The law will be passed by 2022 & Companies have to submit the report by 2023.
ii.Previously, New Zealand has set targets to provide carbon-neutral public transport by 2025 & procure only zero-emissions public transport buses.
Background:
The United Nations Framework Convention on Climate Change (UNFCCC) in its 2015 Paris Conference, introduced the “Climate Action Plan 2050” that targets reducing the global temperature by 1.5 degree Celsius.
About New Zealand:
President – Jacinda Ardern
Capital – Wellington
Currency – New Zealand dollar
Some Active Volcanoes in New Zealand: Whakaari/White Island, Mount Tarawera, Mount Tongariro

About Alternate Reference Rates (ARRs):
i.A reference rate is an interest rate benchmark that will be used to set other interest rates.
ii.LIBOR is a benchmark interest rate (indicates borrowing costs between banks) at which the global banks lend to one another in the international interbank market for short-term loans. 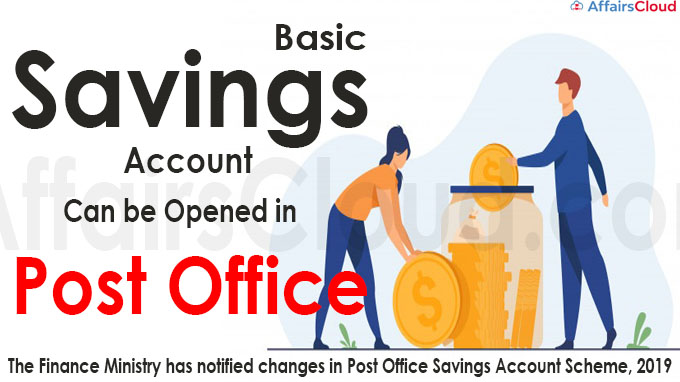 The Ministry has reduced the Account Maintenance fee in POSA:

SEBI has Revised the Reporting Formats for Mutual Funds 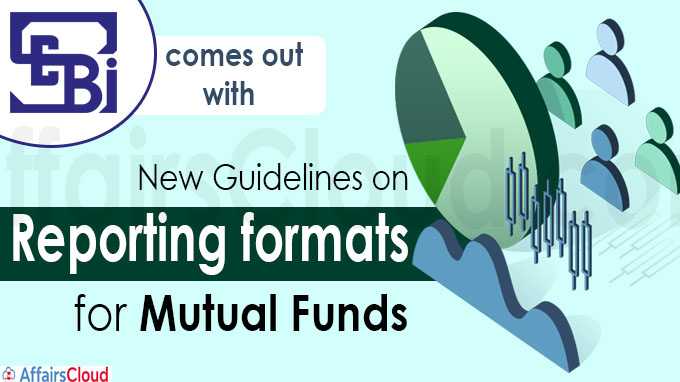 Based on the consultation from the industry, the Securities and Exchange Board of India (SEBI) has revised the reporting formats for mutual funds with new guidelines.

Format for Quarterly Report (Qr) From AMCs to Trustees:

Details On Half-Yearly Trustee Report by Trustees to SEBI: On 12th April 2021 Punjab national bank(PNB) launched a digital initiative [email protected] to commemorate 127 years of their service to the nation. This service is set to be activated across 165 identified locations across India.
About [email protected]:
i.This new initiation will bring a “Banking-on-the-Go” model. Using this, customers themselves can make every transaction undertaken by a bank branch.
ii.All kinds of services can be availed such as from opening a savings account to apply for various kinds of loans without visiting a branch.
iii.PNB @Ease outlets will be loaded with five Kiosks i.e. ATM, Bunch Note Acceptor, Account Opening Kiosk, Card Issuance Kiosk, and internet-enabled Kiosk.
About Punjab National Bank(PNB):
Establishment:1894
Managing Director and Chief Executive Officer: S.S.Mallikarjuna Rao
Headquarters: NewDelhi
Tagline: The Name you can bank upon 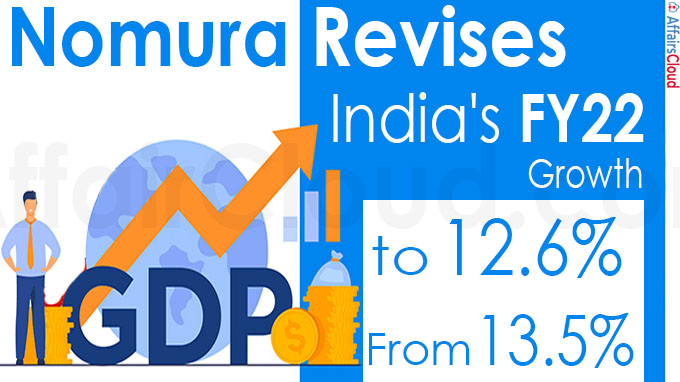 On April 9, 2021 Nomura, has decreased the India’s gross domestic product (GDP) growth rate forecasted for FY22 to 12.6 per cent from its earlier prediction of 13.5 per cent due to the rise in COVID-19 cases and retail inflation.
Key points: BPCL partnered with Accenture for its Digital transformation in Sales Network On April 13,2021 Accenture made a partnership with Bharat Petroleum Corporation Ltd (BPCL) to transform the sales and distribution network of the oil and gas company digitally.

Significant features of the IRIS platform: i.On 12th April 2021, Hindustan Aeronautics Limited (HAL), a central public sector undertaking based in Bengaluru, Karnataka has won the National Award for Innovation Training Practices 2019-2020 at the 30th National Award Ceremony organized by the Indian Society for Training and Development(ISTD) in New Delhi.
ii.The award recognizes the HAL’s effort to achieve excellence in the area of training and development.
iii.The National Award for Innovative Training Practices is an annual award instituted by the ISTD to recognize the organisations which have adopted innovative practices on human resources development in their organisation.
About Indian Society for Training and Development(ISTD):
President- Dr Nataraj Ray
Established in– 1970
Location– New Delhi
>>Read Full News Guillermo Lasso(65-year-old) former banker won Ecuador’s 2021 presidential election after his opponent Andrés Arauz, a socialist economist conceded. He will become the 47th President of Ecuador. Lasso had won around 52 percent of the vote and Andrés Arauz got around 47 percent
He will take over the presidency from the incumbent Lenín Moreno and assume office on 24th May 2021.
About Guillermo Lasso:
i.Guillermo Lasso hails from Guayaquil, Guayas province, Ecuador.
ii.Guillermo Lasso previously ran for President in 2013 and 2017 and lost to Rafael Correa and Lenín Moreno respectively.
iii.He has served as the Governor of Guayas from 1998 to 1999.
iv.As a banker, he has served as the CEO of Banco Guayaquil.
About Ecuador:
President- Lenín Moreno
President-Elect– Guillermo Lasso
Currency- United States Dollar
Capital- Quito

Background:
The Magma Fincorp has received the shareholders’ approval for allotting the 490 million preferential shares worth Rs.3456 crore to Rising Sun and its existing promoters.
Terms of the deal:
i.As a part of this deal, Rising Sun will be classified as Promoter of Magma Fincorp.
ii.Subject to the regulatory approvals, The Magma Fincorp and its subsidiaries will be rebranded as Poonawalla Finance.

On April 12, 2021, Union Minister of Commerce & Industry Piyush  Goyal launched the DGFT (Directorate General of Foreign Trade)  ‘Trade Facilitation’ Mobile App for promoting Ease of Doing Business (EoDB) in India and providing quick access to information to importers/exporters. It is an initiative of DGFT.
i.The app has been developed by Tata Consultancy Services (TCS) as per directions of DGFT.
ii.Piyush Goyal stated that the Trade Facilitation App is READY for Industry 4.0, as it provides

About Directorate General of Foreign Trade (DGFT):
It is an attached office of the Ministry of Commerce and Industry and is responsible for formulating and implementing the foreign trade policy of India.
Director-General – Amit Yadav
Headquarters – New Delhi
>>Read Full News

China opens 5G Signal base at Ganbala radar station, World’s Highest Radar Station
China opened its 5G Signal base at the World’s Highest Radar Station, “Ganbala radar station” which is located at a height of 5,374 meters, in the remote Himalayas of China’s Tibet autonomous region.
i.Stable high-speed 5G connectivity can be accessed by Soldiers of Chinese army, which will help them to be in-touch with the global information society.
ii.People’s Liberation Army of China constructed the 5G signal station at Ganbala, which is located in Tibetian border with India & Bhutan.
About China:
President – Xi Jinping
Capital – Beijing
Currency – Yuan or Renminbi
Pass connecting India & China: On April 13, 2021, Union Minister of Commerce & Industry Piyush Goyal virtually inaugurated the web portal called ‘e-SANTA’ (Electronic Solution for Augmenting NaCSA farmers’ Trade in Aquaculture). It is an electronic marketplace providing a platform to connect Aqua Farmers and the Buyers (both at National & International levels).

e-SANTA will RAISE the lives & income of farmers by

On 12th April 2021, Ibn Abdur Rehman(I A Rehman), the human rights icon of Pakistan and former journalist, who was known as the “Titan of Human Rights” passed away at the age of 90 in Lahore, Pakistan. He was born in 1930 in Haryana, India (before Partition).
He was a protege of Faiz Ahmed Faiz, a great Urdu Poet.
About I A Rehman:
i.I A Rehman has served as the Director of Human Rights Commission of Pakistan (HRCP) from 1990 to 2008 and Secretary-General of HRCP from 2008 to 2016.
ii.He was the founder of the Pakistan India People Forum for Peace and Democracy(PIPFPD).
iii.He has served as the Chief Editor of Pakistan Times in 1989.
Awards:
i.He received the Ramon Magsaysay Award for Peace and Understanding in 2004 along with Indian Admiral L Ramdas.
ii.He won the Nuremberg International Human Rights Award for 2003 for his fight for peace and human rights. World Parkinson’s Day is annually observed across the globe on 11th April to create awareness and raise the funds to support the people living with Parkinson’s disease.
The day marks the birth anniversary of Dr. James Parkinson who was the first to describe Parkinson’s disease as a neurological syndrome in 1817. 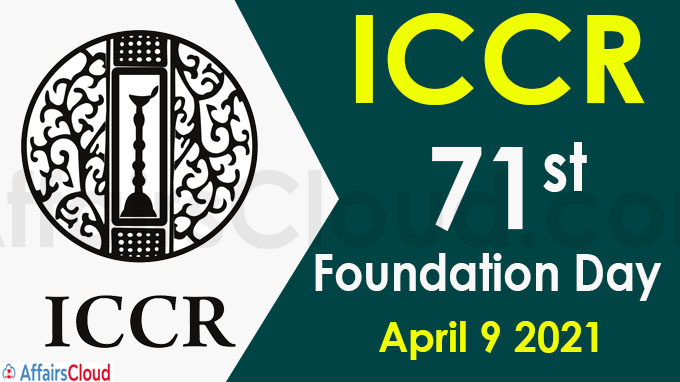