Dear Readers & Aspirants, We collected Modi Schemes in Urban Infrastructure and make it in PDF format. We Hope it will definitely help you for your Exams.All the Best My Dear Aspirants & Readers.

The Cabinet also approved the Atal Mission for Rejuvenation and Urban Transformation (AMRUT), a mission aimed at transforming 500 cities and towns into efficient urban living spaces, with special focus on a healthy and green environment for children. The Cabinet approved Rs 50,000 crore for this mission which is to be spent over the next five years.

The National Priority is to create infrastructure to provide basic services to households, and build amenities

Cooperative federalism- Freedom to States/ULBs to design and implement.

Atal Mission for Rejuvenation and Urban Transformation (AMRUT) has a wider reach in terms of the number of cities covered and therefore the funds available for each city would be proportionately less. The mission takes a project approach in working towards improving existing basic infrastructure services like extending clean drinking water supply, improving sewerage networks, developing septage management, laying of storm water drains, improving public transport services and creating green public spaces like parks etc, with special focus on creating healthy open spaces for children.500 cities and towns will be selected on the basis of population i.e. one lakh and above, while the other criteria of selection will apply for certain locations like tourist popularity, cities located at the stems of main rivers, certain popular hill towns and some select islands. The centre is laying out guidelines on the basis of which states will be free to suggest cities that they wish to bring under AMRUT. AMRUT is actually a new avatar of the existing JNNURM and will extend support to till 2017 to those projects that are at least 50% complete under the earlier JNNURM. Over 400 existing projects are likely to benefit from this.

Till now central control over projects did not succeed in improving or incentivising state level involvement. With the new approach of extending central funding support and leaving it to the states to execute and monitor the projects as per their priorities and local needs, the centre has shifted the challenge and responsibility to the states.The problem is that municipal functioning at the state level is heavily politicized and corrupt. The big question is – will the states be able to rise above petty politics and ensure corrupt free and efficient implementation of mission objectives? There cannot be a successful urban mission of transformation without establishing the requisite professionally run management structure, with necessary checks and balances built-in, and one that has the ability to adopt technology and deliver efficient services.

Shyama Prasad Mukherji Rurban Mission will be launched to deliver integrated project based infrastructure in the rural areas. Announcing this during his maiden Budget Speech in the Lok Sabha today, the Finance Minister Shri Arun Jaitley said that this will also included development of economic activities and skill development. The preferred mode of delivery would be through PPPs while using various scheme funds. Shri Jaitley cited the example of Gujarat that has demonstrated successfully the Rurban development model of urbanization of the rural areas, through which people living in the rural areas can get efficient civic infrastructure and associate services.

Budgetary provision for the Pooled Municipal Debt Obligation Facility has been enhanced from Rs 5000 crore to Rs 50,000 crore with extension of the facility by five years to March 31, 2019

The Union Cabinet chaired by the Prime Minister, Shri Narendra Modi, today gave its approval for launch of “Housing for All by 2022” aimed for urban areas with following components/options to States/Union Territories and cities. 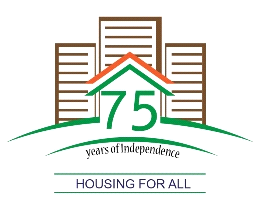 A Technology Sub-mission under the Mission would be set up to facilitate adoption of modern, innovative and green technologies and building material for faster and quality construction of houses. The Technology Sub-Mission will also facilitate preparation and adoption of layout designs and building plans suitable for various geo-climatic zones. It will also assist States/Cities in deploying disaster resistant and environment friendly technologies.

The Technology Sub-Mission will coordinate with various regulatory and administrative bodies for mainstreaming and up scaling deployment of modern construction technologies and material in place of conventional construction. The Technology Sub-Mission will also coordinate with other agencies working in green and energy efficient technologies, climate change etc.

The Technology Sub-Mission will also work on the following aspects

In the spirit of cooperative federalism, the Mission will provide flexibility to States for choosing best options amongst four verticals of the Mission to meet the demand of housing in their states. The process of project formulation and approval in accordance with Mission Guidelines would be left to the States, so that projects can be formulated, approved and implemented faster. The Mission will provide technical and financial support in accordance to the Guidelines to the States to meet the challenge of urban housing.

The Mission will also compile best practices in terms of affordable housing policies of the States/UTs designs and technologies adopted by States and Cities with an objective to spread best practices across States and cities and foster cross learning. The Mission will also develop a virtual platform to obtain suggestions and inputs on house design, materials, technologies and other elements of urban housing.