Dear Readers & Aspirants, We collected Modi Schemes in Agriculture & Irrigation and make it in PDF format. We Hope it will definitely help you for your SBI PO,IBPS,RBI assistant and many more upcoming Exams. All the Best My Dear Aspirants & Readers.

HISTORY__
Kisan Vikas Patra (KVP) – a certificate savings scheme was launched by the Government on 1st April, 1988. The scheme provided facility of unlimited investment by way of purchase of certificates from post offices in various denominations. The maturity period of the scheme when launched was 5 ½ years and the money invested doubled on maturity. 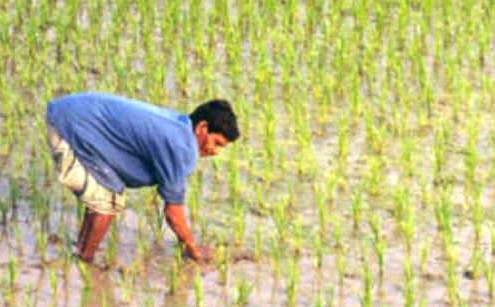 The Saansad Adarsh Gram Yojana was launched last week, for the development of model villages.  Under the Yojana, Members of Parliament (MPs) will be responsible for developing the socio-economic and physical infrastructure of three villages each by 2019, and a total of eight villages each by 2024. Key objectives of the Yojana include:

MPs can select any gram panchayat, other than their own village or that of their spouse, to be developed as an Adarsh Gram.  The village must have a population of 3000-5000 people if it is located in the plains, or 1000-3000 people if located in hilly areas.

No new funds have been allocated for the Yojana.  Resources may be raised through:

Farming as an activity contributes nearly 1/6th of our Gross Domestic Product and a majority of our population is dependent on it for their livelihood. Deteriorating soil health has been a cause of concern and that has been leading to sub optimal utilization of farming resources.  Imbalanced use of fertilisers, low addition of organic matter and non-replacement of depleted micro and secondary nutrients over the years, has resulted in nutrient deficiencies and decrease in soil fertility in some parts of the country. National Project for Management of Soil Health and Fertility, was launched during 2008-09 by the previous United Progressive Alliance government.