Dear Readers & Aspirants, We collected Modi Schemes in Child and Women Empowerment and make it in PDF format. We Hope it will definitely help you for your SBI PO,IBPS,RBI assistant and many more upcoming Exams. All the Best My Dear Aspirants & Readers.

Women and children constitute around 70 % of India‟s people and are the critical foundation fornational development – at present and in the future. More inclusive growth must begin with children and women- breaking an intergenerational cycle of inequity and multiple deprivations faced by women and girls, as related to poverty, social exclusion, gender discrimination and undernutrition. This intergenerational cycle of multiple deprivation and violence faced by girls and women is reflected in the adverse and steeply declining child sex ratio in children under 6 years of age which reached an all time low of 918 girls for every 1000 boys in 2011.

These commitments are embodied in the Constitution and in several enabling legislations, policies (such as the National Policy For the Empowerment of Women 2001, National Policy For Children 2013 and the National Nutrition Policy 1993), Five Year and Annual Plans and programmes. Despite this there are several challenges that remain and key issues which need to be addressed urgently. These include ensuring Women‟s Safety, Protection and Empowerment, improving the Child Sex Ratio, ensuring Child Protection and preventing and reducing Maternal and Child Undernutrition and controlling anemia across the life cycle.

Despite some recent positive momentum, the pace of progress in realizing women‟s safety, protection and empowerment has not been adequate. This is reflected in the National Crime Records Bureau data, which highlighted that 3,09,546 incidents of crime against women (both under Indian Penal Code and other laws) were reported during the year 2013, as against the 2,44,270 cases reported during 2012, showing an increase of 26.7% (despite the fact that not all crimes against women are reported). The policy commitment to ensuring the safety, security and dignity of women NAVDISHA- National Thematic Workshop on Best Practices for Women and Child Development 20-21 January 2015 Panipat, Haryana Organised by Ministry of Women and Child Development Government of India and Government of Haryana

Ministry of Women and Child Development and girls in public and private spaces was reaffirmed – including through the Twelfth Plan provisions, the Criminal Law (Amendment) Act, 2013 and the Sexual Harassment of Women at Workplace (Prevention, Prohibition and Redressal) Act 2013.

Ensuring women’s social, economic and political empowerment, fulfillment of their rights, promoting their participation and leadership requires comprehensive gender-responsive measures at different levels, including through legal, policy and institutional frameworks. The 73rd Constitutional Amendment Act has given a new dimension to the process of women‟s empowerment, with women panchayat members emerging in many settings as change leaders. Now progressively, many states are earmarking 50% reservation for women in panchayati raj institutions. A major thrust for economic empowerment has been through the formation of thrift and credit based self-help groups (SHGs) formed by women – with states such as Andhra Pradesh demonstrating effective ways of making this a mass movement. Increased support for women SHGs in the National Rural Livelihood Mission and in MGNREGA with women having a share of 115.54 (53%) crore person days in 2013-14 have been positive developments. Successful linkages between SHGs and Micro-Finance institutions such as RMK, NABARD, SIDBI besides private microfinance institutions have helped in generating additional income, jobs and in creating small enterprises for women

Fulfilling the rights of India‟s children – around one fifth of the world‟s children – to survival, development, protection and participation remains a continuing challenge.

–>The recently formulated Draft Nation Action Plan for children (NPAC), critical for achieving monitorable targets for Child Survival, Development, Protection and Participation, is a major step in this direction.

–>ICDS is today the world‟s largest community based outreach programme for early child development. It reaches out to over 8.5 crore young children below 6 years of age (around half of the total of 16.45 crore, as per Census 2011), around 1.9 crore pregnant and breastfeeding mothers through 7066 projects and a network of 13.4 lakh operational anganwadi centres across the country.ICDS was strengthened and restructured in 2012, seeking to enhance both nutrition and early development outcomes.

–>The recently adopted National Early Childhood Care and Education Policy 2013 also emphasizes the criticality of the first few years of life as the foundation for cumulative  Ministry of Women and Child Development lifelong learning and human development.

–>Juvenile Justice Bill, 2014; revision of the Adoption guidelines with simplified and online processes and with fixed timelines and revamp of the CARINGS web portal.

–>(POCSO) Act 2012, enacted to protect children from sexual violence, abuse and exploitation and the launch of Khoya Paya, complementing TrackChild

The Ministry of Home Affairs has also set up an Anti Trafficking nodal cell to act as focal point for enabling follow up on action taken by States, to combat the crime of human trafficking. These initiatives will be consolidated and taken forward.

Based on these policy directions, a new National Nutrition Mission is being formulated. This is informed by innovative initiatives that have been taken up in several states

The strategies also address the criticality of ensuring the prevention and management of diseases, through universal access to health care in the National Health Mission and ensuring hygiene, sanitation and universal access to safe drinking water through Swachh Bharat, in convergence with ICDS and with greater community ownership, for improved nutrition outcomes. 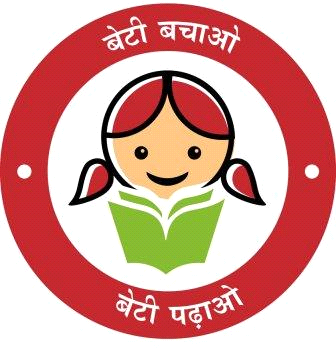 Breaking an intergenerational cycle of multiple deprivations faced by girls and women is critical for more inclusive and sustainable growth.

This cycle is epitomized by the adverse sex ratio in young children in the 0-6 years age group, denying the girl child her right to be born and her right to life. It is also evident in other forms of gender based violence.

Objective of the programme

Diseases to be covered

The plan aims at providing immunization for seven diseases which can be prevented by vaccination:

ProcessMission Indradhanush covers seven diseases like Indradhanush or Rainbow has seven colours. The programme will provide vaccination to children who are either not vaccinated at all or partially vaccinated against these seven diseases. These diseases are dangerous and affect the lives of many children but can be prevented by vaccination. The plan is to cover all children by 2020 and achieve full immunization. The programme will be implemented phase-wise, firstly covering those districts where half of the children are not vaccinated at all. Between January and June 2015, four special vaccination campaigns will be conducted under the mission. Around 201 districts will be covered in the first phase and 297 will be targeted in the second phase.Districts to be coveredThere are 201 high focus districts which have been identified in the country to be covered in the mission in the first phase. Of the majority of the districts in this first phase, around 82 districts are in the States of Bihar, Uttar Pradesh, Rajasthan and Madhya Pradesh. These four States have at least 25% of the children not vaccinated  or partially vaccinated. 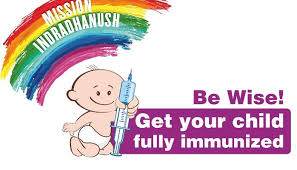 Union Chemicals and Fertilizers Minister Ananth Kumar in New Delhi has launched Pharma Jan Samadhan scheme, for redressal of grievances of consumers related to drug pricing and availability of medicines. The scheme is a web-enabled system created by National Pharmaceutical Pricing Authority (NPPA).The scheme will provide consumers with an online facility to redress their complaints related to over-pricing of medicines, non-availability of medicines, sale of new medicines without prior price approval of NPPA and refusal of supply for sale of any medicine without  sufficient reason. NPPA will initiate action on any complaint within 48 hrs of its receipt.

NPPA is an organization of the Government of India was established under the Drugs (Prices Control) Order, 1995  to regulate the prices of controlled bulk drugs and formulations and to enforce prices and availability of the medicines in the country.The organization is also entrusted with the task of recovery of amounts overcharged by manufacturers for controlled drugs from the consumers & also monitors the prices of decontrolled drugs.