Dear Readers & Aspirants, We collected Modi Schemes in Agriculture & Irrigation and make it in PDF format. We Hope it will definitely help you for your SBI PO,IBPS,RBI assistant and many more upcoming Exams. All the Best My Dear Aspirants & Readers.

To become a manufacturing nation, India has to quickly move beyond rhetoric to create a clear  strategy and favourable policy environment for manufacturing to take off. A close dialogue and partnership between government and the private sector is critical At this moment, the Prime Minister’s “Make in India” campaign appears to be exactly this — an imaginative marketing campaign.  But there is much thought and even more work that is required to convert this to reality.

Need of make in india_

The theory behind “Make in India” is as simple as it is compelling.

1.India must become a manufacturing powerhouse in order to gainfully employ its demographic  dividend. This welcome emphasis in our foreign investment policy on efficient and competitive domestic manufacturing will serve multiple objectives.

The best way to ensure that foreign investment is of a high quality and yields value to the
country is to have a policy framework that requires it to operate in an unprotected, open and
competitive environment, and not behind high tariff walls or import restrictions, nor with the
aid of subsidies or other giveaways.

encouragement of exports with various kinds of subsidies and prop-ups, and curtailment of imports by high tariffs and other so-called  trade remedy measures like anti-dumping or countervailing duties or other import restrictions.

Encouragement of domestic manufacturing of world-class standards, either by domestic or foreign investors or both, has not been a major objective of our foreign trade policy so far.Our foreign trade policy must recognise that encouragement of domestic manufacturing of world-class standards, catering solely even to our own market, is a preferable alternative to protection and subsidisation through high tariffs, trade remedy measures and financial giveaways.

IPRs do not consist only of pharmaceutical patents as is commonly understood in our country they include as well copyright (computer software in our country is protected by copyright), trademarks, trade secrets, geographical indications, designs, trade secrets, business confidential information and data, and the like.Even if our IPR policies do not have domestic manufacturing as a central objective, they need to be implemented in such a way that they do not impede or deter technology-oriented domestic investments from foreign investors.

One other aspect that does not fall within the ambit of the aforesaid policies, but which is crucial to competitive domestic manufacturing needs to be touched upon here. Among the major reasons for our domestic industry being competitively disadvantaged vis-a-vis the rest of the world, two stand out prominently: first, the inadequacy and poor quality of our infrastructure, and second, the high cost of our capital. While protection and subsidisation is not the solution, this huge disadvantage faced by the domestic industry requires to be addressed with priority and ways and means found to mitigate it.

This is an attractive proposed that has a lot of merit. A simple step of making it easier to do business will make a huge difference to India’s manufacturing competitiveness. It is one plank of a manufacturing strategy. India ranks 142 on the World Bank Index; China is ranked 90. If we  were to improve by just 50 places, it would be a huge perceptual breakthrough. However, this is  not a manufacturing strategy in itself.

As Reserve Bank of India (RBI) Governor Raghuram Rajan  correctly and controversially pointed out, much has changed in the world since China elbowed  itself into becoming the world’s factory two decades ago. The nature of manufacturing is changing. Low-cost automation and robotics are making pure labour cost arbitrage less important. Lead times and a flexibility of supply chains are far more important, leading many companies to move manufacturing back closer to the big markets, the United States and Europe

We must focus on building competitive advantage and global scale in sectors where we have a large domestic market and certain inherent capabilities. Strategy is all about making choices.

Here,five priority industries come to mind. Defence, because we are the world’s leading arms importer. Localising what we buy as a condition for all defence deals along with a willingness to allow majority foreign ownership can turbocharge our local defence industry.

The second critical  industry is electronics hardware.India imports $45 billion of mobile phones, computers and  communications hardware; by 2020, this is projected to grow to $300 billion and exceed our oil  import bill.

This is unsustainable. We have to create policy incentives to create a local electronic  hardware manufacturing ecosystem. Since most component suppliers, Original Equipment  Manufacturers and Original Design Manufacturers are Chinese, this will necessarily imply  incentivising Chinese companies to establish factories in India.

The size of our domestic market  should make this possible. Concerns about security are misplaced; all our personal computers,  cellphones and a lot of switches and routers are already made in China, so we are conceding  nothing.

India will invest a trillion dollars over the coming years in improving infrastructure. We need to create incentives that not only spur investment in manufacturing materials such as cement and steel but also construction equipment, locomotives, power generation equipment and so on. Everything we install should be made in India.

India’s generic pharmaceutical industry is world class. We must not concede on intellectual property rights that neutralise our advantage. India is also exceedingly good at frugal innovation in medical devices such as low cost X-ray and ECG machines. We have a real shot at being a world leader in innovation and manufacturing in this space.

Finally, agro-industries. We are one of the largest agricultural nations. A third of what we grow just rots and spoils. Investing in agro-industries such as food processing and establishing a reliable cold chain would make a huge difference in terms of rural employment and food security. If we had to pick just five industries where we want to bootstrap a strong competitive advantage it would be these. In other industries, whether it be textiles, toys, or automotive, we need to ensure that we do not disadvantage local manufacturing.

Another critical strategic question is this: where do we want to make things? It is difficult to make a country the size of India into a uniformly attractive manufacturing location. Even China started its manufacturing odyssey by creating a few oases in the form of four special economic zones which were remarkably easy places to manufacture in. Where is India going to start its global odyssey? Manufacturing is all about hubs that are ecosystems for innovation, specialised skills and supply chains.

Where will India’s hubs be for pharma, for defence, for electronics, for machinery and construction equipment? How do we catalyse these hubs by creating world-class academic institutions and skills training institutes? What incentives will attract the world’s leading companies to establish global innovation and manufacturing centres in these hubs? Pune, Chennai, Bengaluru and Delhi are already emergent hubs but what will enable them to scale up to compete with Shenzen and Tianjin?

1.Broadband for all Rural–>

2.Broadband for all urban_

After ‘Make in India’ and ‘Digital India’, the government is expected to come up with a revised skill development policy or the ‘Skill India’ scheme by March 2015, minister of state for skill development and entrepreneurship Sarbananda Sonowal 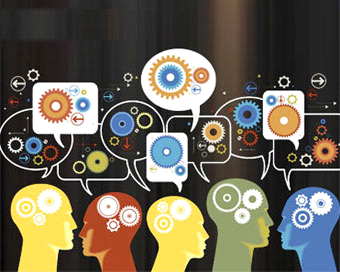 The new scheme is expected to move beyond the target of skilling 500 million youth by 2020 that was set by the UPA government.

Focusonyouth
With a focus on creating jobs for youth, the government has decided to revamp the antiquated industrial training centres that will skill over 20 lakh youth annually and devise special courses based on industry needs.

The move is a part of the labour ministry’s massive overhaul of the near obsolete Industrial Training Institutes (ITIs) and skill development institutes that would now be armed with revised curricula, new courses and an expanded reach across the country.

To this end, the ministry has also decided to formulate courses for the skill development institutes based on industry needs. Firms will have to sign agreements with the Directorate General of Employment and Training to avail these specialised courses and will recruit at least 80 per cent of the students for a minimum of six months. The specialised courses will be run for an 18 month period and based on their success in terms of placement will be continued on a permanent basis.

“There has already been a lot of interest from companies in sectors such as manufacturing, construction, chemical and even e-commerce. We will be holding discussions with industry chambers later this month,” said the official.

Industries with at least 300 permanent workers can sign such MoUs with the DGET. The labour ministry is also banking on the over 2,500 industry bodies in the MSME sector to recruit the students.

PM Narendra Modi has stressed on his vision of transforming the country into a ‘Skilled India’ and the  government is expected to go much beyond the targets set by the  UPA government.

In his budget speech, he said that the mission would consolidate all skill development initiatives which are spread across several Ministries.

India is one of the youngest nations in the world with more than 54 per cent of the total population below 25 years of age. Yet today less than 5 per cent of our potential workforce gets formal skill training to be employable and stay employable,” Mr. Jaitley said.

He said that the Deen Dayal Upadhyay Grameen Kaushal Yojana was launched to enhance the employability of rural youth which is the key to unlocking India’s demographic dividend. A sum of Rs. 1,500 crore was allocated for this scheme in the budget, for which disbursement will be through a digital voucher directly into qualified student’s bank account.

The Union Budget 2015 paved way for the launch of a much-awaited National Skills Mission to complement Prime Minister Narendra Modi’s ‘Skill India’ and ‘Make in India’ exhortations. However, much work needs to be done on the ground for the government to prove that this step is a departure from rhetoric lip service.

Problems to over take_

1.The magnitude of the problem has been analysed by numerous experts for a country that adds 12 million people to its workforce every year, less than 4 per cent have ever received any formal training. Our workforce readiness is one of the lowest in the world and a large chunk of existing training infrastructure is irrelevant to industry needs.

2.This is not as much due to lack of monetary investment as it is a predicament about grossly inefficient execution. The government already spends several thousand crores every year on skill development schemes through over 18 different Central government Ministries and State governments. The need of the hour is to improve resource utilisation and find solutions that can address the systemic and institutional bottlenecks constraining the sector.

3.Keeping in mind the revised National Skill Development Policy due to be announced in a few months that will also outline the contours of the National Skills Mission, we present an analysis of three priority areas that the government needs to address. uses digital technologies to enhance performance and well being, to reduce costs and resource consumption, and to engage more effectively and actively with its citizens.

Large IT and telecommunication companies such as Cisco, IBM, and Microsoft have developed new solutions and initiatives for intelligent cities as well. Cisco, launched the Global Intelligent Urbanization initiative  to help cities around the world using the network as the fourth utility for integrated city management, better quality of life for citizens, and economic development. IBM announced its SmarterCities  to stimulate economic growth and quality of life in cities and metropolitan areas with the activation of new approaches of thinking and acting in the urban ecosystem.

India has a population of 1.27 billion plus, and growing

*SMART CITIES – Assistance from other countries 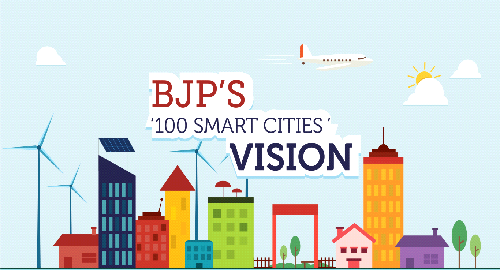