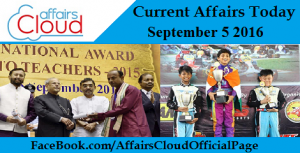 Gumthala Garhu becomes first Wifi hotspot village in Haryana
i. Haryana Chief Minister Manohar Lal Khattar inaugurated first Wifi hotspot Service from Chandigarh With this Haryana’s Gumthala Garhu village became the first Wifi hotspot in the Haryana telecom circle under the bulk plan of BSNL.
ii. The state-run BSNL also informed that it has a plan to have 238 Wifi hotspot locations with 1072 access points during the current financial year.
iii. The Wifi hotspot facility at the village uses bandwidth of 10 mbps through BSNL’s state-of-the-art network which has coverage from each access point is about 100 meters. In this Wifi hotspot, data can be accessed by multiple users simultaneously.

Centre approves use of chilli-based PAVA shells as alternative to pellet guns
i. Union Home Minister Rajnath Singh cleared the file for use of Pelargonic Acid Vanillyl Amide (PAVA) also called Nonivamide as an alternative to the pellet guns. The recommended chilli-filled grenade which will be used in the rarest of rare cases.
ii. The move comes from the centre ahead of the all-party delegation visit to Jamu and Kashmir as Pellet guns made 1,000 people with sustained injuries in clashes with security forces in the state.
iii. A seven member committee headed by Joint Secretary in the Home Ministry T.V.S.N. Prasad was constituted by the centre to find alternative to the Pellet guns which was introduced by the state police in 2010.

Haryana government to develop 340 villages as Horticulture Villages
i. Haryana Government has signed a Memorandum of Cooperation (MoC) with the US-based Apio Inc. for processing and packaging of horticultural products.
ii. The MoC was signed by Director General, Horticulture Department, Dr. Arjun Singh Saini and Dr. Steven P. Bitler, Vice-President of Apio Inc at New Delhi.
iii. 340 villages would be developed as ‘Horticulture Villages’ at a cost of Rs 93 crore and 140 clusters would be established in these villages 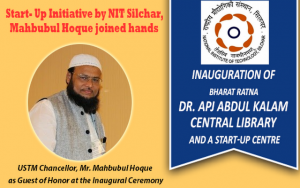 iii. 28 crore rupees spented to create a world class library in the 80 thousand square feet carpet area.
Assam  :
♦ Assam is rightly termed as the ‘State of Eternal Blue Mountains’.
♦ Haflong is the only hill station of Assam.

Sri Lankan PM inaugurates 69th session of WHO Regional committee meeting
i. Sri Lankan Prime minister Ranil Wickremsinghe inaugurated the five day long 69th session of WHO (World Health Organisation) Regional committee meeting at Colombo on 5 September 2016.
ii. In the Regional meeting all the 11 countries of South East Asia including India’s Health and Family Welfare Minister JP Nadda took part in the event.
iii. The Minister will also lead a Yoga session as part of ‘Be the change’ theme for promoting physical activities.
iv. Sri Lanka will adapt the declaration on Non-communicable diseases, also the resolutions and Adoption of the report of the 69 th Session of the Regional Committee. In the end of the meeting it will declare that Sri Lanka to be the first country in region to eliminate malaria.

Bangladesh hangs Islamist Mir Quasem Ali for 1971 war crimes
i. Bangladesh government a top Islamist party’s Mir Quasem Ali, at Kashimpur Central Jail on the outskirts of the capital Dhaka. The action comes from the government amid series of terror attacks in the nation.
ii. The Jamaat-e-Islami party figure has been executed for war crimes including murder, confinement, torture and incitement to religious hatred during the war which he committed in 1971.
iii. He was arrested in 2010 and convicted in 2014 and he sought a presidential pardon and declined later.The war crimes tribunal set up by Prime Minister Sheikh Hasina in 2010.

WHO certifies Sri Lanka malaria free
i. Sri Lanka has been certified as malaria-free island country by World Health Organisation (WHO), the island nation is the second in the WHO South-East Asia Region to eliminate malaria after Maldives. 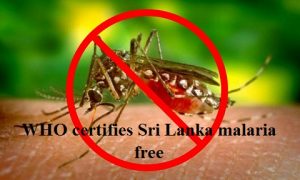 ii. The Country recorded less than 1 000 cases of malaria per year by 2006, while for the past three-and-a-half years, no locally transmitted cases have been recorded.
iii. This declaration was announced at the WHO South-East Asia Region’s annual Regional Committee meeting in the presence of health ministers and senior health officials from all 11 Member States in Colombo.

MobiKwik launches one step offline payments with ‘Bubble Pin’
i. MobiKwik, fin-tech player has launched one-step offline payments with ‘Bubble Pin’.
ii. The pin is a combination of numbers and alphabets. Bubble pin also makes the transaction more secure as no phone number is required to be shared.
iii. This pin can be generated on the MobiKwik app by clicking on ‘Pay at store’ and is valid for 60 seconds. 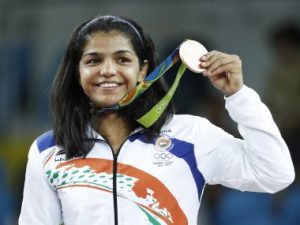 ii. The Haryana Government has announced that she will also receive Rs 21 lakh out of Haryana Sports and Youth Affairs discretionary fund and a plot measuring 500 square yards besides the new appointment.
iii. Sakshi’s Coach Mandeep will also be given promotion under special rules the state sports minister Anil Vij announced at a function at Rohtak.
iv. The state has mulling to construct a small sports stadium in each village,
besides establishing 880 Yogshalas and Vyayamshalas at village level this year.

i. Garden Reach Shipbuilders and Engineers Limited (GRSE) handed over the Water Jet Fast Attack Craft (WJFAC), “TIHAYU” to Indian Navy.
ii. This warship measuring 48 X 7.5 m with a displacement of around 315 Tons, has an endurance of around 2000 nautical miles at 12-14 knots speed.
iii. “TIHAYU” is the second ship of the ‘Follow-on’ Series of WJFACs while INS Tarmugli is the first ship of the same series.

IUCN adds Eastern gorilla to critically endangered list
i. The world’s largest gorillas are included in the IUCN Red list. It was announced at the International Union for Conservation of Nature (IUCN) global conference in Honolulu.
ii. Gorilla’s population decline of more than 70% in 20 years. Just 5,000 Eastern gorillas left on Earth and Chimpanzees and bonobos are listed as endangered.
iii. Four out of six of the Earth’s great apes are now critically endangered, “only one step away from going extinct,” including the Eastern Gorilla, Western Gorilla, Bornean Orangutan and Sumatran Orangutan.
iv. The IUCN Red List update includes 82,954 species including both plants and animals. One third 23,928 are threatened with extinction.
v. Pandas status improved from endangered to vulnerable due to intensive conservation efforts by China.
vi. The Tibetan Antelope has improved after protections helped it move from “endangered” to “near threatened” .

Ace Shooter Abhinav Bindra announces retirement from shooting
i. The 33 year old shooter Abhinav Bindra officially announced his retirement from shooting after 2016 Summer Games.
ii. India’s first and only individual Olympic gold medallist Abhinav Bindra started his Olympic journey started in Sydney in 2000. He qualified in three Olympic finals including his golden journey of Beijing in 2008 in his pet 10m air rifle, while he missed out in Sydney and London.
iii. Abhinav was appointed as the head of five-member review committee constituted by National Rifle Association of India (NRAI) to probe the Indian shooter’s Rio Games debacle.

India A wins Quadrangular series beat Australia by 57 runs
i. India A rode on a solid all-round performance clinched the Quadrangular one-day series, thrashing Australia by 57 runs in the final match.
ii. Mandeep Singh who was named Player of the Match combined with captain Manish Pandey.
iii. India A have now claimed the last three ‘A’ series, defeating Australia A on each occasion in the final. The other two teams in the series were South Africa A and the Australian National Performance Squad.
Brief Scores:
♦ India A: 266/4 in 50 overs
♦ Australia A: 209 in 44.5 overs

Sikki and Pranaav win Brazil Open Grand Prix
i. Indian mixed doubles pair of Sikki Reddy and Pranaav Jerry Chopra defeating the Canadian pair of Toby Ng and Rachel Honderich 21-15, 21-16 to clinch the mixed doubles title at the Brazil Grand Prix in Foz do Iguacu, Brazil.
ii. The Indian pair ranked 65 in World defeated the second seeds Toby and Rachel in a summit clash at Costa Cavalcante. This is the third-ever Indian badminton mixed doubles pair to win a Grand Prix title.
iii. In the another contest the lone fourth seed Anand Pawar, who is competing in men’s singles, went down to top seed Zulfadli Zulkiffli of Malaysia in the men’s final event. 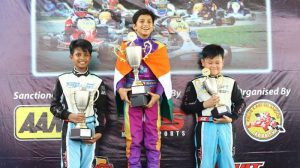 i. Agra based Young Racer Shahan Ali Mohsin has become the first Indian to win the Asian Karting Championship held in Malaysia.
ii. In the contest the twelve years old teen experienced a strong challenge from his main rival Hayden Haikal to clinch the title.
iii. The young racer who is leading the micro-max category of the JK Tyre National Rotax Max Karting Championship will face challenge in the final round scheduled on September 25.

Two-term Lok Sabha MP from Madhya Pradesh Arif Beg passes away
i. Former union minister and senior BJP leader Arif Baig died in Bhopal after suffering a heart attack. He was 81.
ii. He was first elected to the lower house from Bhopal on Bhartiya Lok Dal ticket in 1977.
iii. He was again elected to Lok Sabha on BJP ticket in 1989 and he had left the BJP in 1996 to join Congress, but could not gel with that party. He rejoined BJP in 2003

National Teachers Day – September 5 2016
i. Teachers’ Day is celebrated on September 5 every year across the country since 1962 in honor and deference of Dr. Sarvepalli Radhakrishnan who was born on 5th September, 1888.
ii. This year President Mukherjee presented National awards to teachers for their distinguished services and received the first copy of a booklet Umang 2015 which was released by Deputy Chief Minister of Delhi Manish Sisodia.
iii. The CBSE Teachers’ 2015 Award conferring ceremony saw a thirty three (33) principals and teachers from across the country and abroad for their role and impact in strengthening future generations.
iv. The awards consists of a Merit certificate, a shawl and a cash prize of Rs. 50,000/ 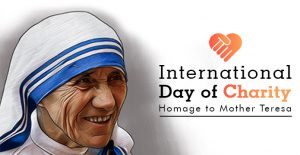 i. The International Day of Charity is observed on 5 September every year since 2012 to promote charitable efforts made to alleviate poverty across the world.
ii. The day was declared by the United Nations General Assembly in 2012 to raise awareness and to provide a common platform for charity related activities for individuals, charitable, philanthropic and volunteer organizations.
iii. The day also being designated as the ‎anniversary of the death of Mother Teresa, as the International Day of Charity in its resolution A/RES/67/105.