Minister of Railways Launched and Dedicated Various Services to the Nation
Union Minister of Railways, Suresh Prabhakar Prabhu, launched and dedicated a number of services to the nation during a function held at Rail Bhawan as a part of fulfillment of Budget Announcements 2016-17.
i. Liberalized station to station special freight rates policy
ii. Policy providing sub quota of 33 % to women within reserved categories for the allotment in catering units.
iii. Policy giving preference to local domicile holders for commercial licenses at stations.
iv. New system of allocating vacant berths after final charting to wayside stations.
v. Launch of the new “Train at a Glance” and new Time Table effective from 1st October 2016.

iii. He also congratulated the ICG on their protracted efforts with Pakistan and Sri Lankan security agencies which resulted in reduced apprehension of Indian fishing boats.
iv. He was also glad to know that no Indian fishermen is under detention atSri Lanka and requested ICG to also negotiate release of detained Indian fishing boats.
v. The conference is held annually, where all regional commanders put forth the roadmap for future; discuss various policy and strategic issues. The three-day conference aims to carve out a futuristic vision for the service and to determine the modalities to overcome the challenges efficiently.

Afghanistan, Bangladesh and Bhutan pulled out of SAARC Summit
i. Bangladesh, Bhutan and Afghanistan had moved out  of the Saarc summit in Pakistan in November, citing an “unsuitable environment” for the annual gathering of South Asian leaders.
ii. Apart from India, Afghanistan, Bangladesh and Bhutan had also pulled out of the SAARC Summit indirectly blaming Pakistan for creating the unfavorable  environment which is not right for the successful holding of the meet, resulting in its collapse.
iii. In in the middle ofhigh tension with Pakistan over Uri terror attack in which 18 jawans were killed, India had announced its decision of pulling out of the Summit late last night citing increased “cross-border” attacks.
iv. Bangladesh is unable to participate in the proposed Summit in Islamabad due to  more congenial atmosphere .Afghanistan had also conveyed to SAARC Chair Nepal that President Mohammad Ashraf Ghani would not be able to attend the Summit.
v. Bhutan announced that it was concerned over the recent escalation of terrorism in the region, which has seriously compromised the environment for the successful holding of the 19th SAARC Summit.

Pak. Assembly passed Hindu marriage bill
i. Pakistan’slower house of Parliament has passed a landmark bill giving its small Hindu minority the right to register marriages, the last major hurdle on the way to enacting a law aimed at protecting women’s rights
ii. Six decades after it came into existence, Pakistan gave nod to a Hindu Marriage Bill that seeks to set up a legal framework for marriage and divorce besides addressing issues including forced conversions. 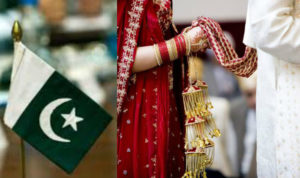 iii. Hindu women had been disproportionately targeted for abduction, forced conversions and rape because their marriages were never officially recognised and therefore not provable in court.
iv. Human rights and religious minorities minister Kamran Michael, who presented the bill in the House reported to  the media it was a historic day for him. He added that the Credit went to (both the) opposition and ruling parties, which were on the same page on the draft (bill).
v. Among the Pakistani states, Punjab, Khyber-Pakhtunkhwa and Balochistan have assented to Islamabad to formulate a Hindu marriage law that they would then adopt, while Sindh had formulated its own Hindu marriage registration law.

US & Vietnam navies begin 7th annual NEA in Da Nang
i. The US and Vietnam navies began their 7th annual Naval Engagement Activity NEA, Vietnam 2016 at Tien Sa Port in Da Nang.
ii. The exercise will focus on non-combatant events and include seminars in military medicine and maritime law as well as subject matter expert exchanges in navigation, shipboard medicine and damage control.
iii. The exercise will also include Code for Unplanned Encounters at Sea and search and rescue scenarios.

Facebook, Amazon, Google, IBM and Microsoft on one AI platform 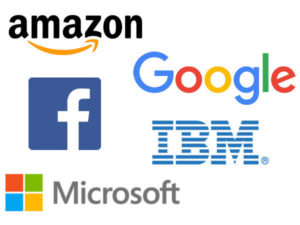 i. Facebook, Amazon, Google, IBM and Microsoft— have joined hands to announce a historic partnership on AI and machine learning.
ii. These companies will discuss advancements and conduct research in AI and how to develop best products and services powered by machine learning.
iii. The organisational structure has been designed to allow non-corporate groups to have equal leadership side-by-side with large tech companies.

Guinness Record Set For World’s Largest LEGO Sculpture
i. A new Guinness World Record for the largest Lego sculpture has been set in the UK, where a 13-metre high replica of the London’s iconic Tower Bridge was created using an astounding 5,805,846 individual pieces.
ii. This huge 13-metre high LEGO version of London’s Tower Bridge created for Land Rover to launch their New Discovery car has set a new world record.
iii. The team led by Duncan Titmarsh, a LEGO Certified Professional, it took five months to construct the Tower Bridge structure.

World’s oldest wooden pagoda in China entered Guinness record
i .A nearly 1,000-year-old wooden pagoda in China’s northern Shanxi province, was   declared the world’s tallest wooden pagoda by the Guinness World Records.
ii. Wang Xinjun, director of an agency responsible for the pagoda’s protection, received the certificate from Wu Xiaohong, a Guinness World Records notary.
iii.Chinese wooden structures and a physical embodiment of Chinese culture and intelligence was Built in 1056 during the Liao Dynasty.
iv. The 67.31 meter pagoda is also called the Sakyamuni Pagoda of Fogong Temple, the oldest wooden multi-storied structure in the world With 3,000 cubic meters of wood weighing 2,600 tons, the octagonal-shaped pagoda was built with no nail and has withstood earthquakes and survived wars.
China:
♦ Capital: Beijing.
♦ Currency: Renminbi.
♦ President: Xi jinping

Aditya Birla Retail appoints Mohit Kampani as CEO
i. Mohit  Kampani was appointed as new chief executive officer of Aditya Birla food and grocery retail. He will take charge from October 3.He replaces Vishak Kumar.
ii. Vishak Kumar is appointed as CEO for Aditya Birla Fashion and Retail
iii. The changes were announced internally in an email to employees on September 29, 2016

World’s first three-parent baby born in Mexico
i. The world’s first child with genes from three people was born to a Jordanian couple. The baby was delivered in Mexico as there are no laws in the country that could block the revolutionary technique.
ii. The five-month-old boy carries not only the DNA from both his parents but also a tiny piece of genetic code from a donor in order to avoid inheriting a genetic condition that could kill him.He is healthy at five months of age. 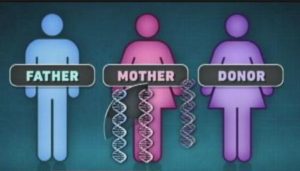 iii. The boy’s mother carries genes for Leigh syndrome, a fatal disorder that affects the brain, muscles and nerves of developing infants. Genes for the disease reside in DNA in the mitochondria, which provide energy for our cells..
iv. Dr.John Zhang, who lead the medical team from New York City’s New Hope Fertility Center, explained that they removed the nucleus from one of his mother’s eggs, which was later inserted into a donor egg that had its nucleus removed. This ‘egg’ was then fertilized with sperm from the father.The boy was born through a technique called spindle nuclear transfer.
v. Zhang’s team used this approach to create five embryos, only one of which developed normally. This embryo was implanted in the mother and the child was born nine months later.

Indonesia volcano erupted at Mount Barujari in Lombok island
i. More than 1,100 people evacuated as2,000-metre column of ash spews from Mount Barujari in Lombok island.
ii. The volcano, also known as the“Child of Rinjani” because it sits within the Mount Rinjani caldera
iii. The eruption interrupted flights for several hours at Ngurah Rai international airport in Bali, about 135km from Lombok, and Selaparang airport in Mataram, the 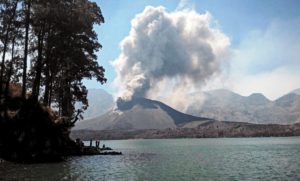 Typhoon Megi Hit China & Taiwan
i. A massive typhoon made landfall in eastern China, a day after carrying strong winds over Taiwan that felled trees and scattered debris, killing at least four people and injuring more than 260.
ii. Heavy rains from Typhoon Megi caused a landslide left 27 people missing in China’s Zhejiang province, state-run media reported.Four people died and at least 524 were injured in Taiwan after the powerful storm slammed into the island’s northeastern coastline.
iii. Taiwan’s Central News Agency reported that more than 3.8 million homes were left without electricity after some 38 inches (one meter) of rain fell in Yilan County.
iv. The typhoon was the third storm system to hit the island in just two weeks, lashing Taiwan with winds up to 143 miles per hour (230 kilometers per hour).
v. On September 14, Typhoon Meranti killed two people and injured 63 in the island’s south, followed by typhoon Malakas which drenched Taiwan’s north on September 16.
vi. Typhoon Meranti was the strongest storm seen in the region since 2013, leaving hundreds of thousands of Taiwanese homes damaged or without power in its wake

Costantini backed as Indian TT team chief coach
i. After the Rio Olympics debacle, the Table Tennis Federation of India (TTFI) is hoping for a change of mind with the return of Italian Massimo Costantini, who takes charge as chief coach of the national team
ii. Max, as he was fondly known and called by players, was with the Indian team from early 2009 till the endof the 2010 Commonwealth Games, guiding India to five medals, including a men’s doubles gold and a silver in the women’s team event.
iii. The German’s contract was not renewed at the end of the Asian 2014 Games. Since then, table tennis did not have a foreign coach.
iv. A Scrupulous decision was taken with support from the Sports Authority of India (SAI) to bring back Max, who is known for his excellent rapport with the Indian players
v. Dhanraj Choudhary had stated that the reasoning behind Costantini’s reappointment is not just because of his familiarity with the Senior squad, but also to help improve the younger generation of Indian Table Tennis stars.
vi .TTFI secretary general Dhanraj Choudhary confirmed that Costantini was coming back on a one-year contract. The 58-year-old was coach of the US team in the Rio Olympics. 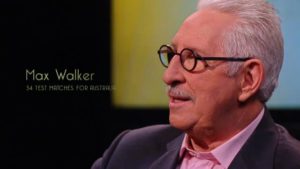 iii. Walker played 34 Test matches for Australia, taking 138 wickets at an excellent average of 27.47, using a bowling action that saw him nicknamed ‘Tangles’.The multi-talented sportsman also played 85 matches of top-level football for Melbourne, kicking 23 goals.
iv. In addition to his popular cricket commentary, Walker also became a successful author as his book ‘How To Hypnotise Chooks And Other Great Yarns‘ became a national best-seller.
v. Maxwell Henry Norman “Max” Walker was born on 12 September 1948. After six years of balancing first-class cricket in summer, professional football in winter and study for a degree in architecture, Walker earned a place in the Australian cricket team in 1973 and represented his country in the sport until injury ended his career in 1981.

World Heart Day – September 29 2016
i. World Heart Day is observed on 29 September every year since 2000 to inform people around the globe that heart disease and stroke are the world’s leading causes of death, claiming 17.3 million lives each year.
ii. 2016 Theme : ‘Light Your Heart, Empower Your Life’.
iii. The World Heart Federation (WHF) is a nongovernmental organization based in Geneva joined hand with World Health Organization(WHO) toconduct awareness programme across the different countries. 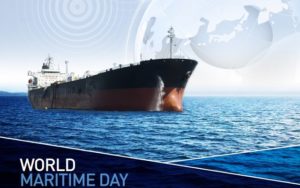 ii.World Maritime Day was first observed on March 17, 1978 to mark the date of the IMO Convention’s entry into force in 1958.
iii.2016 Theme : “Shipping: indispensable to the world”.
iv.The theme was chosen to focus on the critical link between shipping and global society and to raise awareness of the relevance of the role of IMO as the global regulatory body for international shipping.