Teachers’ Day is celebrated on September 5 every year across the country since 1962 in honor and deference of Dr. Sarvepalli Radhakrishnan who was born on 5th September, 1888.

Dr Radhakrishnan hailed from Thiruttani in then Madras Presidency. 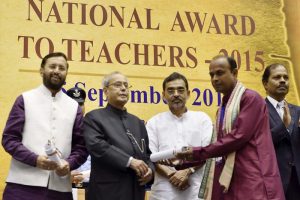