As per the proposed provisions bill seeks

This amendment in the Act to increase wage ceiling and bonus calculation ceiling was one of assurances given by the Centre after 10 central trade unions went on one-day strike on September 2. Now the bill will be tabled in Parliament for approval.

Russia and United States have signed a Memorandum of Understanding to avoid direct clashes between both air forces in the skies over Syria. Its text has been kept secret.

Sunil Mittal-led Bharti Airtel has announced its completion of sale of 8,300 mobile towers in seven African countries for $1.7 billion (about Rs 11,000 crore).It will be used to reduce the company’s debt.

Google will take a minority stake in Beijing-based artificial intelligence firm Mobvoi as part of a $75 million fundraising round.

Erstwhile Delhi High Court judge Justice Reva Khetrapal (63) has been designated as the 4th Lokayukta or anti-graft ombudsman of the state which was remained vacant since November 2013. She will succeed Justice Manmohan Sarin.

Decision has been taken by the 4 member committee of consisting of Lieutenant Governor Najeeb Jung, CM Arvind Kejriwal, Chief Justice of Delhi High Court G Rohini and Leader of the Opposition Vijender Gupta.

About Justice Reva Khetrapal
Shimla born Justice Reva practiced in the Delhi High Court and the Supreme Court from 1975 to 1991.

Article 223 – Appointment of acting Chief Justice
When the office of Chief Justice of a High Court is vacant then duties shall be performed by one of the other judges and he/she will be appointed by the President.

About Justice Vaiphei
In 1980 He was enrolled in the Bar Council of Assam.
In 2001 he was appointed as the Legal Adviser of the Mizoram Co-operative Apex Bank.
In 2003 he was elevated to the Bench as Additional Judge in Gauhati High Court.
In 2005 he was made Permanent Judge. About AB de Villiers
AB de Villiers captain the South Africa ODI team
He is nicknamed as – AB, Abbas, Mr. 360 and Superman
He holds many records which include the record for the most sixes in Cricket World Cup (37 sixes).

Titan’s Managing Director Bhaskar Bhat has been appointed as the Additional Director in the board of Tata Chemicals.

About Bhaskar Bhat
Mr. Bhat was an alumnus of IIT Madras and IIM Ahmedabad and started his career with Godrej & Boyce Manufacturing Co in 1978.He had joined Titan (then Tata Watch Project) in 1983 and dealt with sales and marketing, HR, international business and general managerial assignments.
About John Mulhall
Mr. Mulhall was a Finance Director at Tata Chemicals Europe and also served as Vice President & CFO in Tata Chemicals North America Inc. and then as CFO in Tata Chemicals lnternational Pte Ltd. Singapore.

A Tata chemical is a subsidiary of Tata Group and is headquartered in Mumbai.

Yuki Bhambri breaks into the top 100 of ATP rankings 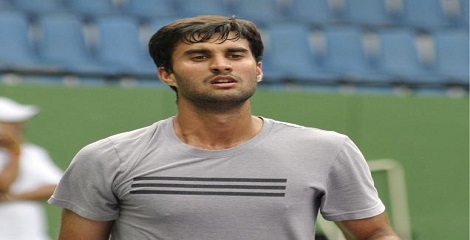 Yuki Bhambri (23) has entered in the top-100 of ATP rankings by achieving a career-best rank of 99. He is the first Indian player since 2010 to achieve this feat and third Indian in last 20 years.

In his last three ATP Challenger tournaments Yuki has won the Shanghai Challenger, was a runner-up in Taiwan and semifinalist at the Tashkent event. 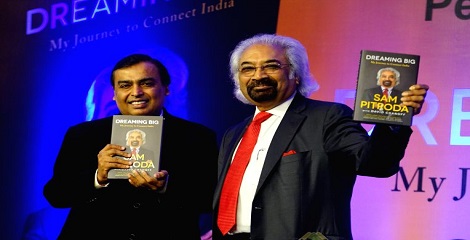 The book Dreaming Big: My Journey to Connect India was launched by Reliance Industries chairman Mukesh Ambani. It is the auto biography of Sam Pitroda written with the help of David Chanoff, an American author.

His other books include – The March of Mobile Money: The Future of Lifestyle Management and Exploding Freedom: Roots in Technology Education.

In 1981 Prof. Qasim made his first expedition to the frozen continent Antarctica. After then he successfully organized and guided the next the seven expeditions till 1988. He also made pioneered contributions in Fisheries Biology, estuarine ecology, environmental pollution and Antarctic research.

Aim – To highlight the consequences of iodine deficiency

To raise awareness about adequate use of iodine

Iodine deficiency is the world’s single greatest cause of preventable mental retardation and enlargement of the thyroid. One-third of world’s population is exposed to the risk of iodine deficiency disorders which includes 71 million people in India.