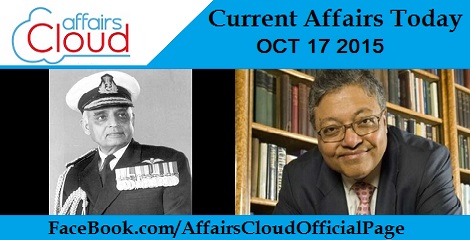 India is going to chair the 4 days 3rd India-Africa summit from October 26 – October 30. India is a major investor in Africa with current trade figures of around USD 75 billion dollar and trade has shown a remarkable progress in recent years.

Encouraging the bilateral trade between India and Tajikistan Northern India Textile Research Association (NITRA) under textiles ministry has signed a memorandum of understanding with the Technological University of Tajikistan during the CII Taxon 2015 organised by industry lobby Confederation of Indian Industry in New Delhi.

Being a first state in submitting of detailed plan for providing 24X7 power for all now Rajasthan has signed 13 pacts valued at Rs 50,527 crore with public sector undertakings in the areas of mines, cement and power sector.

Introduction of National Judicial Appointments Commission (NJAC) Act and the 99th Constitutional Amendment has been refused by the Apex Court which gives access of decision making to politicians and civil society in the appointment of judges to the highest courts.

The 5 judge Bench constitution bench headed by Justice JS Khehar rejected the NJAC Act and the Constitutional Amendment as “unconstitutional and void” with 4:1

On the sidelines of Shanghai Cooperation Organisation summit in Ufa an agreement has been signed between two nations to build 1,100-km gas pipeline from Lahore to Karachi.

Earlier a defence deal for the sale of 4 Mi-35 “Hind E” attack helicopters to Pakistan was signed between two nations. 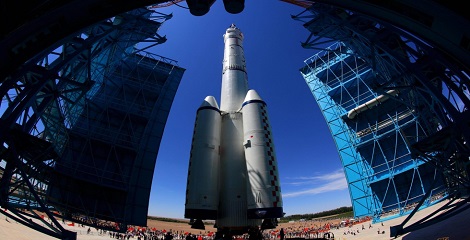 China launched its new communication satellite “APSTAR-9” in a commercial mission by the Long March-3B carrier rocket from the southwestern Xichang Satellite Launch Centre. It will succeed “APSTAR-9A” that was launched in 1998.

US to extend military presence in Afghanistan

President Barack Obama has confirmed plans to extend the US military presence in Afghanistan after 2016 to help Afghan forces from growing Taliban threat.

As a part of “Look East Policy” RBI has opened a new sub-office in Imphal which will support unbanked block of North-East to have banking presence. With RBI offices are expanded to 5 states in North-East.

This new segment will comprise of Financial Inclusion and Development Department, Consumer Education and Protections Cell and Market Intelligence Unit.

Having 25% market share in the global mobile money market, Mahindra Comviva publicized its gaining to the Indian market to provide the technological solutions and infrastructure to the payments banks in India on sidelines of the RBI’s announcement to issue licenses to 11 payments banks.

Construction Industry Development Board (CIDB) of Malaysia has proposed to invest USD 30 billion in urban development and housing projects in India. National Buildings Construction Corporation (NBCC) of the Ministry of Urban Development will be partwith these projects.

CIDB is a government agency which has implemented various construction projects overseas with an investment of USD 24 billion since its inception in 1995. 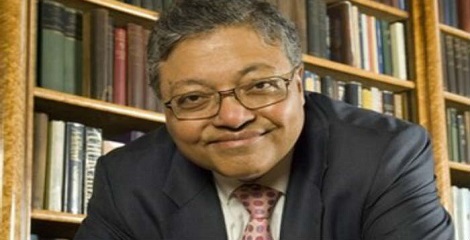 Asian Cricket Awards has bestowed its Lifetime Achievement award to London based NRI journalist Mihir Bose, in a ceremony at Lord’s Ground in London for his contribution to cricket journalism.

Commonwealth Youth, Junior and Senior Weightlifting Championships were held at Pune, Maharashtra from October 11-15. Indian team sparked its name by winning 5 categories out of 6. 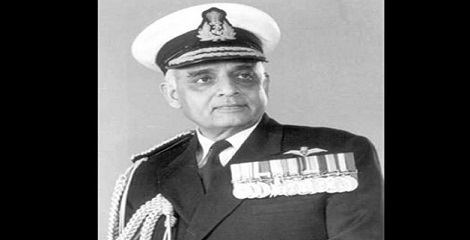 He was the father of Indian fashion designer Tarun Tahiliani.

NICKNAME – Greyest of the Grey Eagles

International Day for the Eradication of Poverty observed

17th October is celebrated as the International Day for the Eradication of Poverty to recognize the effort and struggle of people living in poverty. This day provides them an opportunity to make their concerns heard and let them use their expertise in the eradication of poverty.

THEME – “Building a sustainable future: Coming together to end poverty and discrimination”

The day was first observed on 17th October 1987 Paris, France but the resolution was adopted on 22 December 1992