Food on Wheels is an initiative is taken by Gender Park to provide healthy, hygienic and delicious food.

Under the initiative, around 2500 women entrepreneurs will serve high quality food at cheap rates through mobile food units, which will be stationed nearby schools, colleges and government offices.

UP Govt to give Rs 50,000 in pension to Yash Bharti awardees

Union Government increased import duty on wheat to 25% from 10%

Government has increased the import tax on wheat to 25% from 10%. The duty will remain applicable until March 31, 2016

Government of India has now made it mandatory for new business owner to have Aadhaar Card, without which they can’t register their own business.

As per some of the legal experts Government’s step to make Aadhaar Card mandatory for new businesses is a direct violation of Supreme Court’s order regarding the same.

Moody’s released a report on the Global Green Bonds Market

Moody’s Investors Service released a report on the global green bonds market with an expectation that green bond market will exceed $40bn.

About Green Bonds
Bond is a debt instrument with which an entity raises money from investors. Green bonds are similar to these bonds with a difference that they are being raised to fund “green projects”. It is also known as Climate Bond.

During the US Secretary of State John Kerry visit to Spain, the two nations have signed an agreement for the cleanup and removal of land contaminated with radioactivity from U.S. hydrogen bombs.

Background
On Jan. 17, 1966, a U.S. B-52 bomber carrying four nuclear bombs collided with a tanker plane during midair refueling over the Mediterranean off the coast of Spain. None of the bombs exploded, although the detonators in two of them broke up, spreading 7 pounds (3 kg) of plutonium over a 200-hectare (490-acre) area near the village of Palomares.

Reserve Bank of India has signed a Memorandum of Understanding (MoU) with the Central Bank of UAE, United Arab Emirates on Supervisory Cooperation and Exchange of Supervisory Information.

Adani Ports and Special Economic Zone (APSEZ) has signed a Memorandum of Understanding (MoU) with the India Pulses and Grains Association to handle pulses import across its ports in the country.

The National Bank for Agriculture and Rural Development (NABARD) has sanctioned a loan of Rs 134.64 crore to the Haryana government under Rural Infrastructure Development Fund for 2015-16.

The funds have been sanctioned for “Rehabilitation of JLN feeder system” in three districts of Jhajjar, Rewari and Mahendergarh.
(Jawaharlal Nehru (JLN) Feeder system was established in 1980)

Proposed work to be done under present project:

With this sanction, the cumulative RIDF assistance sanctioned by NABARD to Haryana has reached Rs 5,038.40 crore.

Malayalam writer Usha Kumari has honoured with O V Vijayan Literature Award for her novel “Chithirapurathe Janaki”. The novel is telling the story of a woman’s life in a remote village in the hills in 21st century Kerala.

An award committee comprises of writers N S Madhavan, Dr Azad and Usha Nampoothirippad. The honour is named after eminent novelist and cartoonist O V Vijayan and carries a cash prize of Rs 50,001, a statuette sculptured by noted sculptor Kanayi Kunhiraman and a citation.

Shaktikanta Das to be government nominee on SEBI board

Senior IAS officer Shaktikanta Das (58) has been appointed by the Finance ministry as its nominee on the market regulator’s board.

Justin Trudeau elected as the Prime Minister of Canada 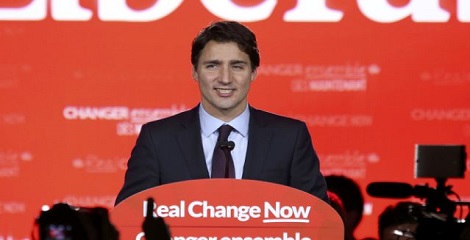 Justin Trudeau became Canada’s 23rd Prime Minister after his Liberal Party won a majority of Parliament’s 338 seats. He will succeed Stephen Harper, one of the longest serving western leaders (2006-2015).

Shri S. K. Ashok Warrier, presently in the Ministry, has been appointed as the next Ambassador of India to the Democratic Republic of Congo. He is expected to take up his assignment shortly. 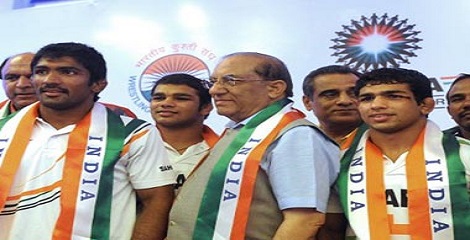 Veteran sports administrator Vijay Kumar Malhotra has been designated as the head of the All India Council of Sports. 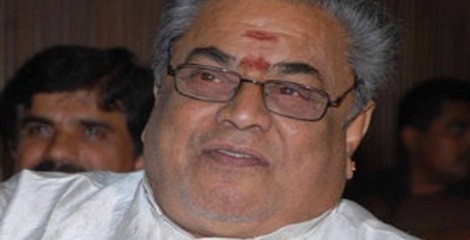