Indian Cricketer Virender sehwag announced his  retirement  from all forms of international cricket and from the Indian Premier League on 20 th October 2015 in twitter. 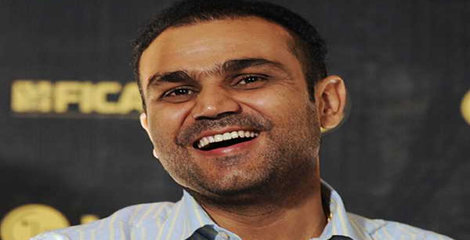 He is the only Indian batsman to score a triple – century in Tests,and he did it twice.

Sehwag got 8586 runs from 104 test matches .He stands at fifth in India’s all-time list.He also scored 8273 runs in ODIs,with 15 centuries which includes second-highest individual score of 219. In the Twenty20  internationals,he made 394 runs.He also took 40 wickets in Tests and 96 in ODIs.

Sehwag went on to revolutionise the opener’s approach, and his strike-rate of 82.23 is the best for any batsman to aggregate over 2000 runs. In the  2003-04 season he got 1040 run in nine Tests including 195 on day one of the MCG Test and India’s first triple century, a 375-ball 309 against Pakistan at Multan.

Sehwag Test career highlights includes  match-winning centuries in Mumbai (twice), Galle, Kanpur, Kolkata, Colombo and Ahmedabad and, famously, an attacking 68-ball 83 on the fourth evening of the Chennai Test in December 2008 that propelled India towards victory on the final day. One of this most unique innings came at Adelaide earlier that year, in his comeback series, when he produced a patient 151 in the second innings to secure a draw.

Sehwag was a part of the Indian team that reached the final of the 2003 ICC World Cup and lifted the 2011 edition.He also played the captain role of India in 12 ODIs and four tests

His last Test was in March 2013 against Australia in Hyderabad and his last ODI came against Pakistan in January 2013.