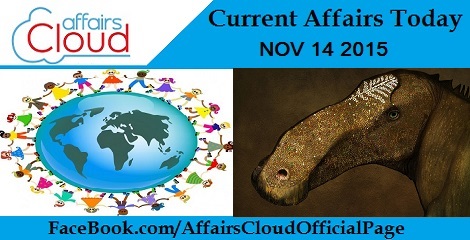 Union Health Minister JP Nadda has ordered the formation of a committee to evaluate the Indian Medical Association’s five-point demands. Committee will submit the report within six weeks.

The committee will study suggestions and amendments given by the IMA on all five issues which includes:

The President of India, Shri Pranab Mukherjee inaugurated the 35th India International Trade Fair (IITF 2015) 2015 on November 14, 2015 at New Delhi to deepen bilateral relations with the rest of the world.

The IITF aimed to preserve, protect and promote India’s cultural heritage through collaboration amongst Government, industry, and artisans, craft persons and weavers.

Jammu and Kashmir to get its first handicrafts museum

Jammu and Kashmir would get its first handicrafts museum over one-and-a-half acres of land at the exhibition ground in the heart of Srinagar.

The two days Valletta Summit 2015 on Migration was concluded on 12 November that was held in Valletta, Malta.

French President Francois Hollande declared state of emergency after a series of terror attacks which left at least 128 people dead.

The announcements were made on the sidelines of Prime Minister Narendra Modi’s ongoing visit to the UK.

The fund aims at providing equity partnerships for small infrastructure development in sectors like water and sanitation, clean energy and urban infrastructure and to help small projects to raise capital in the long-term with equitable growth.

September IIP fall to 3.6% while October CPI rises to 5%

The annual industrial output grew at a slower of 3.6% in September, diminished by a slower expansion in the mining sector.

As per the data released by the central statistics office:

The President of India, Shri Pranab Mukherjee presented the National Child Awards for Exceptional Achievement 2015 to give recognition to children with exceptional abilities and outstanding achievement in various fields at Rashtrapati Bhavan on the occasion of Children’s Day on November 14, 2015.

Rajiv Gandhi Manav Seva Award:
This award is presented to individuals for their outstanding contribution towards service for children.

A 7.0-magnitude earthquake hits off the coast of Kyushu in south western Japan and triggered a minor tsunami in the southern part of Kagoshima prefecture. The earthquake was reported as 6.7 on the Richter scale by the US Geological Survey. 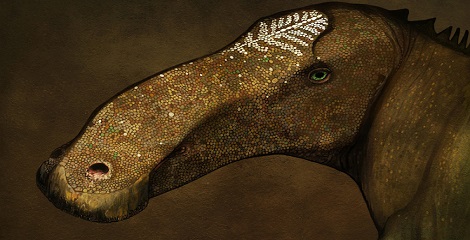 A new species of duck-billed dinosaur in US that roamed the Earth about 79 million years ago by a professor at Montana State University (MSU).

Russian President Vladimir Putin ordered an inquiry into allegations of major drug abuse in athletics that have left the country facing a possible Olympic ban and declared that a foreign specialist could take over its discredited testing laboratory.

For who : Participation in 2016 Olympic Games in Rio de Janeiro

World Diabetes Day is the primary global awareness campaign of the diabetes world and is celebrated on November 14 each year. It was introduced in 1991 by the International Diabetes Federation and the World Health Organization.

Objective : To raise awareness of Diabetes and related causes. 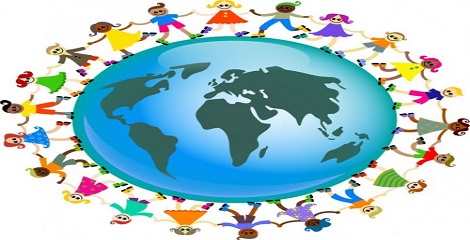 November 14th, birthday of Pandit Jawaharlal Nehru the first prime minister of India is celebrated as Children’s Day. Bal Diwas was first celebrated in 1964 after the death of Pandit Nehru

Objective : To increase the awareness towards the rights, care and education of children