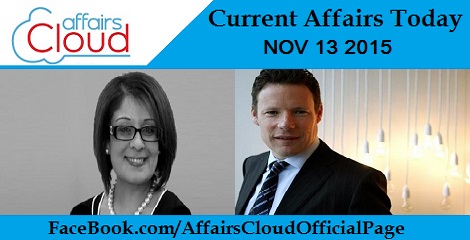 As per Press Release of GOI, India has inked MoU, Agreed Minutes and Record of Discussions during ICAN (International Civil Aviation Negotiations), 2015 that was held in Antalya, Turkey from 19th to 23rd October, 2015.

Negotiations – The negotiations were aimed to enhance the international air connectivity from India and to offer the passenger wider choice and seamless connectivity with the help of following:

President of India Shri Pranab Mukherjee has given approval to the Haryana Gauvansh Sanrakshan and Gausamvardhan Bill that were passed by the Vidhan Sabha (legislative assembly) in March 2015 but was reserved for the consideration and assent of the President.

India’s first gender university to come up in Kerala

Kerala government is going to set up a Nation’s first university for the research-oriented studies related to gender.

The curriculum framework and the syllabus of the proposed university will not be according to the traditional academic patterns. A high-level committee will be formed to discuss and finalise the syllabus and other academic-oriented matters of the gender varsity. 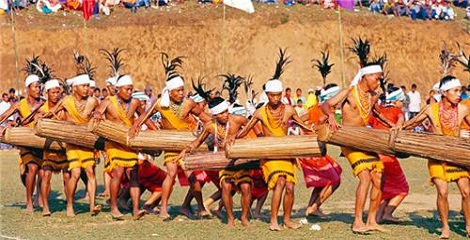 Annual Hundred Drums Wangala Festival has begun on a cultural fervor at Asanang near Tura town in Meghalaya. Wangala is celebrated in the months from September to December.

International Energy Agency (IEA) has released the 2015 edition of its flagship World Energy Outlook publication (WEO-2015) which indicated that an extended period of lower oil prices would benefit consumers but would trigger energy-security concerns.

India – Oil demand is expected to ↑ by 10m barrels per day (bpd). It is also forecast to become the world’s largest coal importer in 5 years.

As per the release by GOI, India has signed a Memorandum of Understanding with Republic of Korea (RoK) after negotiations in New Delhi on 14th-15th October 2015.
(Union Minister for Civil Aviation – Ashok Gajapathi Raju Pusapati)

As part of an initiative to develop UK talent IT services major Tata Consultancy Services will train 1,000 graduates in the UK.

About CPEC:
The China–Pakistan Economic Corridor (CPEC) is an ongoing development megaproject which aims to connect Gwadar Port in Pakistan to China via network of highways, railways and pipelines to transport oil and gas.

The World Bank has approved loan to Pakistan for energy sector reform in the country reeling under frequent power cuts. The loan scheduled to be issued in April. WB’s approval will also pave the way for the sanctioning of a $400 million loan by the Asian Development Bank(ADB) next week and a $50 million grant by Japan. 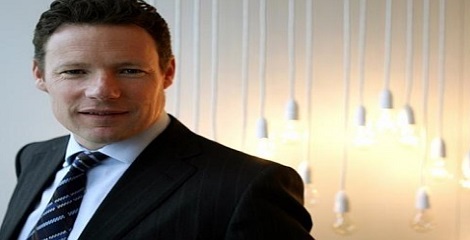 Deutsche Bank appointed James McMurdo a former Goldman Sachs executive as its head of corporate and investment banking for the Asia Pacific region.He is the current CEO of the German lender in Australia and New Zealand 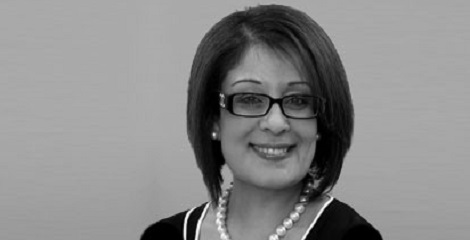 Kalyani Kaul(54), a prominent barrister of Indian-origin has been sworn in as a Circuit Judge in the UK. She has spent much of the past 32 years defending serious and high-profile cases, is known for her extensive and wide-ranging experience in heavy-weight criminal defence work. She was called to the Bar in 1983 and became a Recorder in 2009. She took Silk in 2011.

Key points :
Mahendra was the first Asian to be honoured with the Order of the British Empire (OBE) in 1975.

Abraham M. Keita (17) from Liberia has been bestowed with International Children’s Peace Prize 2015 during a ceremony in The Hague. He was presented with the prestigious award for demanding justice for children who are victims of physical or sexual violence and for successfully campaigning for the Liberian parliament to adopt the Children’s Law.

EkStep a social venture launched by Nandan and Rohini Nilekani to address learning challenges in the primary education space, Its first app during the Annual Status of Education Report (ASER) survey.

As a part of the survey which has been christened as Lakhon Mein Ek this year, ASER Centre intends to cover 100,000 villages with the help of around 10,000 volunteers. This year, the volunteers would use smartphones powered by ASER App developed by EkStep

Ola launched its mobile wallet “Ola Money” as an independent app that will like the Paytm, Mobikwik and Freecharge in the booming digital payment market in India.

It is a national park in the Golaghat and Nagaon districts of the state of Assam, India.

India finally achieved victory against Guam after five straight losses in their 2018 football World Cup qualifying campaign as they beat Guam by a solitary goal.

BCCI has informed that it will not be possible to devote time to TOP. Therefore, the Ministry of Youth Affairs & Sports Affairs is planning to reconstitute the TOP Identification Committee with senior sports persons of repute.

Who received the TOP Scheme  :
The scheme aims to provide world class training facilities and preparation for potential medal winners for the forthcoming Rio Olympics 2016.

World Kindness Day is an international observance on 13 November. It was introduced in 1998 by the World Kindness Movement a coalition of nations kindness NGOs.